Two young women who attended Duke Ellington School of the Arts nearly a decade apart now describe eerily similar allegations of sexual abuse by the same teacher. A News4 I-Team investigation found after complaints made to the school, the school district and police, in 2004 and 2018, that teacher has never been charged.

"It ruins your whole life, it ruins it," said the first woman, who graduated in 2005. "I really trusted the people who worked there a lot, and it upsets me that nothing about this was really taken seriously."

Duke Ellington is one of Washington, D.C.’s most acclaimed public schools, founded to help students develop their artistic abilities. But the two young women say the close relationships and vulnerability created by Mark Williams, as head of the school's Literary Media and Communications Department, helped him groom them for sexual relationships while they were his students. 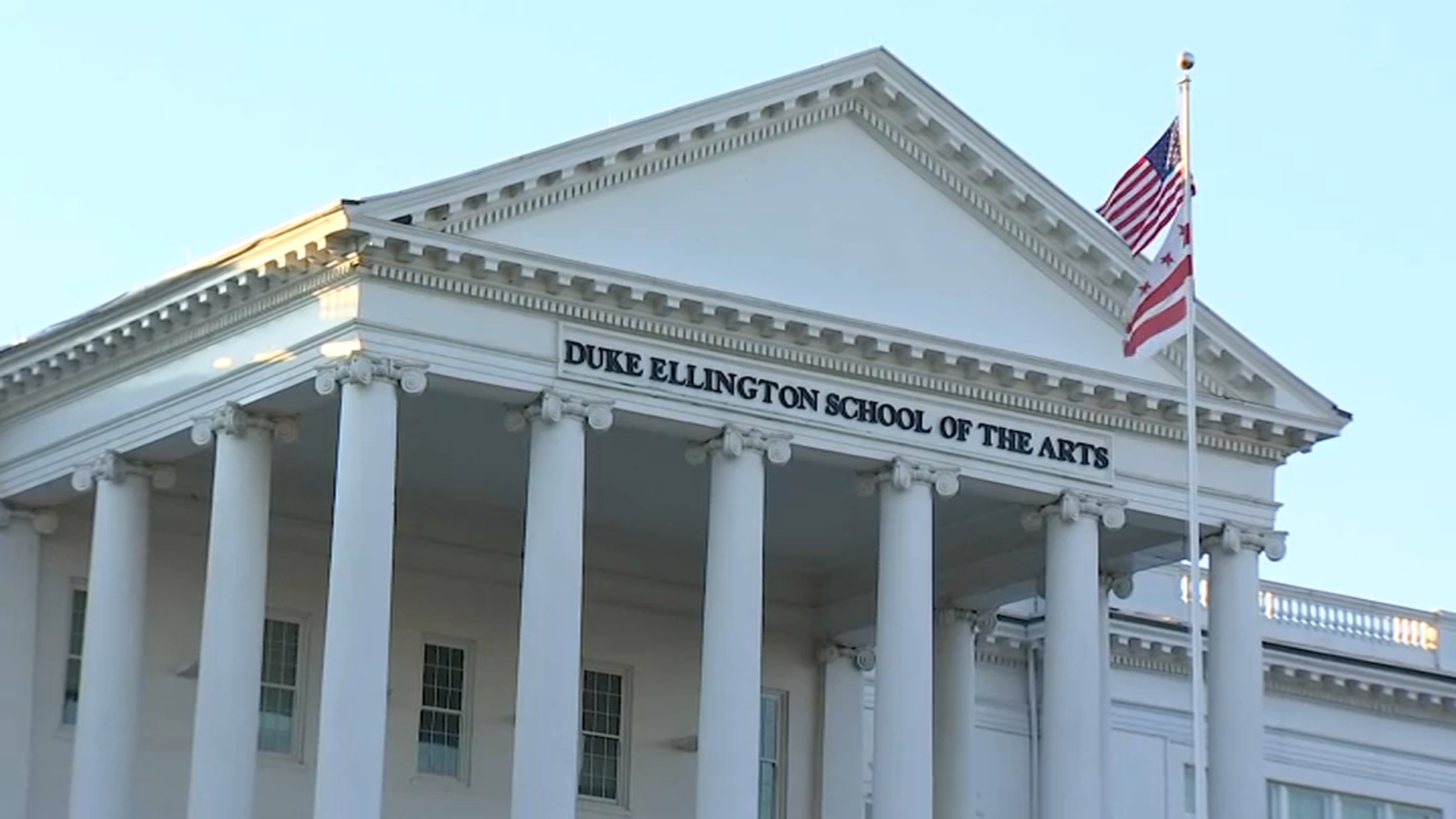 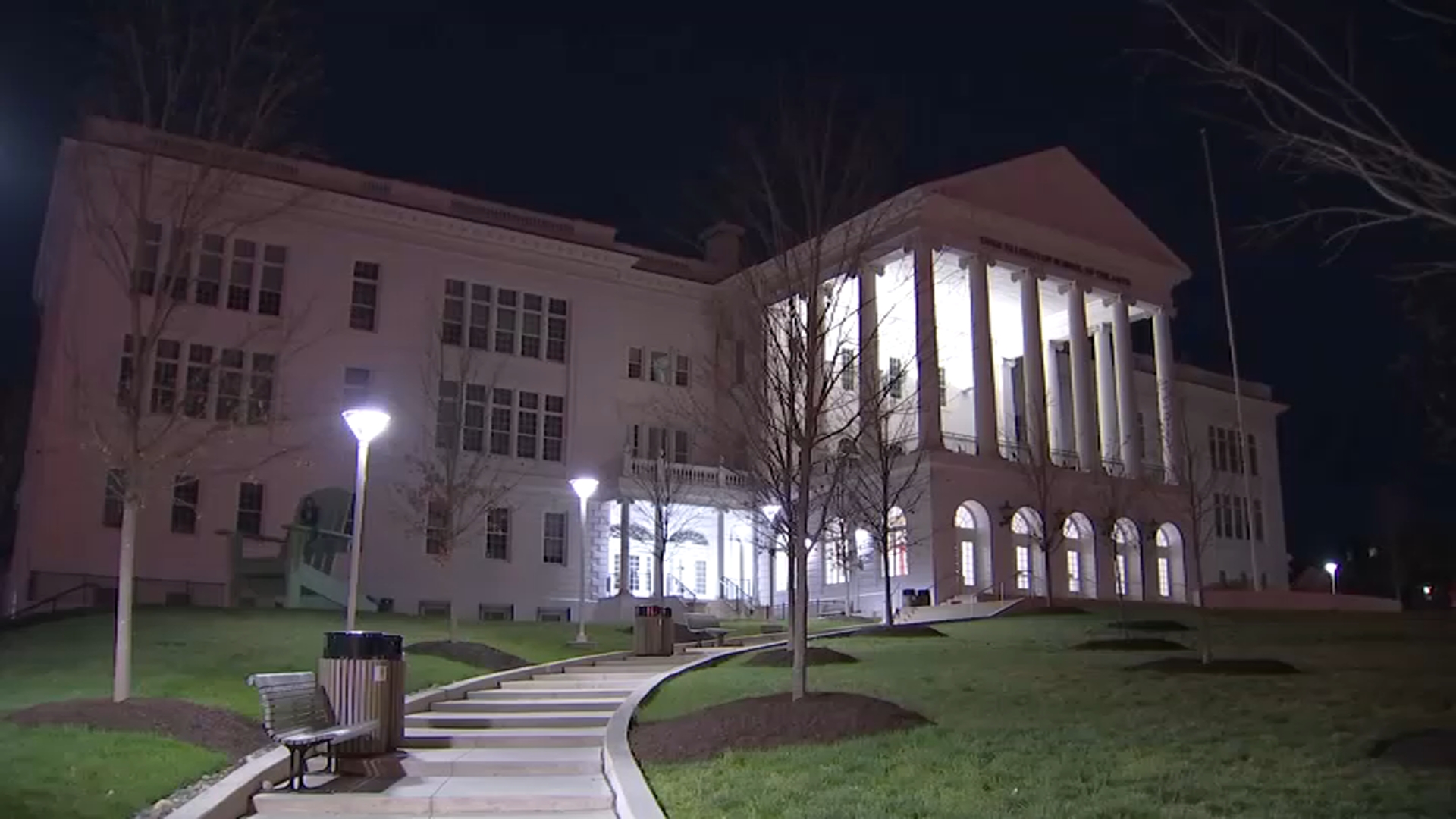 Williams' name has never been made public until now, as the two women share their stories for the first time with the News4 I-Team. They each describe feeling alone and ashamed for years, while they say investigators failed to interview them, some of their closest friends or even the adults who worked inside the prestigious school.

"There's like a certain level of shame that will keep silence going on for a very long time," said the second woman.

She graduated in 2014 and, now 25, she had never heard of allegations involving an earlier student until the I-Team contacted her in October.

"The part of me that blamed myself for what had happened was lessened because I realized that he had a predatory pattern," she said, after learning there were allegations from the other former student.

The I-Team interviewed seven former students who said Williams was influential and revered by many. They say he was known for developing one-on-one mentoring relationships with his young writers.

The first young woman, now 34, said she was drawn to him and his program before her junior year. Upon transferring to his program, she says he told her she needed extra help to catch up to her peers.

"He wanted me to come by myself to his classroom/office where he would be alone," she said. "He thought I was this brilliant, talented writer, and I thought the world of him."

She says there were late-night phone calls and texts almost every night.

"By that time he had asked me to write more and more personal, intimate details about my life," she said.

Then Williams began sending her writings of his own, of a sexual nature, she said.

"Describing in very graphic detail himself and another woman ... and he really wanted to know what I thought about them,” she recalled.

Duke Ellington School of the Arts admits it failed to keep records on its teachers prior to 2017, which may have hindered how it handled two sex abuse claims a decade apart. Jodie Fleischer and the News4 I-Team reports on how that and the school's unique relationship with the school district may have allowed a former teacher to avoid scrutiny.

She says the relationship quickly advanced from sexual writing to a sexual relationship, saying she met the married father of two in his car after school and, later, a motel room.

The principal from 2004-2005 told the I-Team she received a complaint from a concerned mother, who believed she overheard inappropriate phone conversations between Williams and the then-teenager, while the teen was on vacation with a friend's family.

That principal, Mitzi Yates, said per policy she reported Williams to D.C.'s Metropolitan Police Department and the school district and she placed him on administrative leave.

The former student told the I-Team she was aware that Williams was out of school during the fall 2004 semester because he was under investigation for their relationship, but she did not tell anyone.

"I couldn't live with myself if I would ruin his life, you know, the man I thought I was in love with," she said. "He asked me to delete every email he had ever sent me. He asked me to call him from pay phones only."

The I-Team obtained a handwritten police report from November 2004 reporting the alleged sexual relationship between the teacher and the then-teen, noting she was "not of consensual age."

The former student remembers someone coming to the door of her home one Saturday but does not know if he was with the police or the school district.

"He asked me about the relationship and what had happened, and he said, ‘I don't really care what you're doing. It's just against school policy,’" she said, adding that there was no mention of a crime.

She said there was no forensic interview. She denied the relationship in a short statement, and the man left. But she says the agony of what her teacher did to her never did.

"It gives you nightmares for the rest of your life; it changes who you are," she said.

Williams was back in school her final semester, and the woman says their relationship continued into her college years. In 2008, after she had ended it, she says Williams emailed, calling her "beloved," saying, "I love you so very much," and even apologizing for her "being a secret."

She told the I-Team she never even thought about coming forward until she realized there could be others.

"He invited me to take a playwriting class with him," said a second former student tracked down by the I-Team.

She says that Williams approached her on campus when she was 15 and that the well-known department head recruited her to switch her area of study from acting to writing.

She says the well-known department head recruited her to switch her area of study from acting to writing.

"Because I was a late-comer to the department, I was told that I had a lot of catching up to do," she said. "And the way to catch up was to have one-on-one private sessions with him."

She says behind the locked door of a classroom, he encouraged her to write about intimate details of her life, then shared his own sexual writing, preying on her vulnerability. She says their meetings eventually moved to his car, then a motel room.

"There was a point right at the very beginning when I had tried to stop it because I had the sense that like, no, you're a father figure to me," she recalls.

She says the relationship continued for about two years. She told no one until 2018, when she confided in her ex-boyfriend from high school. He then sent an email to more than 100 school leaders, teachers and former students reporting the alleged abuse. The subject line: Mark Williams is a Rapist and a Predator.

"I was not at the point where I felt like I could do it for myself. So, while I really did not appreciate how it was done at the time, I think ultimately it was the right thing to do," she said.

The school placed Williams on administrative leave again in 2018 after receiving the ex-boyfriend's email and again reported him to the school district and police for investigation.

The ex-boyfriend told the I-Team he had also considered Williams a mentor in high school and emailed him directly to confront him about the allegations. The ex-boyfriend provided a copy of the exchange to the I-Team, showing a brief response from Williams saying only, "I have cancer. Please leave me be."

Though the ex-boyfriend didn't disclose the young woman's name, she felt certain she would hear from investigators because of the details he shared.

"I thought that inevitably someone would figure it out," she said.

So did Cerstin “C.A.” Johnson, a former student who revered Williams as a mentor until she saw the ex-boyfriend's email shared on social media.

"I remember reading it and knowing in my gut that it was true," Johnson said, adding that she never witnessed abuse as a student.

When she returned to the school as a teacher in the writing department in 2013, she says she was never trained on how to spot or report suspected abuse. But in 2018, thinking back, she quickly suspected who it was.

Johnson is now a successful playwright in New York. She says despite teaching in Williams' department when the alleged abuse happened in 2013-2014, no one ever contacted her to question her.

The 2018 police report listed only an "unknown female." A Metropolitan Police Department spokesperson told the I-Team, "At this time, we have explored all available leads."

"I feel like they didn't try very hard," said the second young woman. "Does that mean it ends because you can't [find me] ... there's still a victim to be found."

The I-Team found her after just a few hours of research and with one phone call.

"There's something empowering about knowing that he has to face the truth," she said, hoping that her allegations will be thoroughly investigated.

A Duke Ellington spokesperson told the I-Team school leaders never identified who she was, because MPD said not to question students or teachers.

Williams resigned in January 2019 while under investigation. He did not return the I-Team's repeated calls or emails seeking comment about the two allegations nearly a decade apart. He has never been charged.

The 2004 student said if investigators had really searched for evidence of her relationship with Williams, there was plenty to find, including emails, phone records and texts.

She's now suing the school and the school district, saying they violated Title IX, a federal education law which requires a full investigation and protections for victims.

In response to a Freedom of Information Act request, D.C. Public Schools told the I-Team it has no records of any investigations of Mark Williams -- not from 2004 or 2018. It's unclear whether anyone even remembered the older case when the new one surfaced.

This week, the Duke Ellington School of the Arts confirmed to the 2004-2005 student it does not have any records of her case being investigated either.

In an email to her, the head of the school's enrollment office said, "Unfortunately, [the school's] personnel files/HR records were not properly recorded or maintained prior to 2017 when [the school] hired an HR firm." She continued, "The only documentation we have on-site are student records and [school] files from 2017 to the present day."

"I really trusted the people who worked there a lot, and it upsets me that nothing about this was really taken seriously," said the former student.