Last Saturday night, I took a walk out onto the Santa Monica Pier. But despite the frenetic, amusement park-meets-Phish concert energy and the throngs of tourists, freaks, performers, and children swirling all around me, I barely noticed any of it. Because as usual, I was completely mired deep in my fantasy football thoughts.

My mind often drifts off to fantasyland whenever I'm alone doing everyday things like breathing or walking around in public, the latter usually leading to accidentally stepping on peoples' rat dogs, walking out into traffic in front of buses or falling into open manholes. Once, while strolling down Newbury Street in Boston absorbed in deciding whether Frisman Jackson was worth blowing my entire free agent budget by Week 2, I crashed head-on into a dude dressed as a giant coffee bean and holding a tray of free samples. There was blood, mini Dixie cups and mochachino everywhere. It was awful. (But not as bad as it would have been had I broken the bank for Jackson.)

This time, I was debating whether to start Ronnie Brown or Eddie Royal at Flex the following day. There were pros and cons to each. Royal blew up in Week 1 and plays in a high-octane offense, but he came back to earth in Week 2 and some guy named Marshall also plays for Denver. Brown was named the 'Fins Week 3 "starter," but that means squat in today's NFL, what with deceitful, fork-tongued coaches and committee-ridden backfields (RBBC is a pox on fantasy football! A pox, I say!).

So Brown would surely have some carries poached by Ricky, and, not to mention, he was facing the tough Pats front four on the road. Meanwhile, Royal was at least playing the awful Saints pass defense in a possible shootout kinda game. And this league is PPR. So that did it -- Ronnie would sit; Royal would get the nod. Hooray for logic! 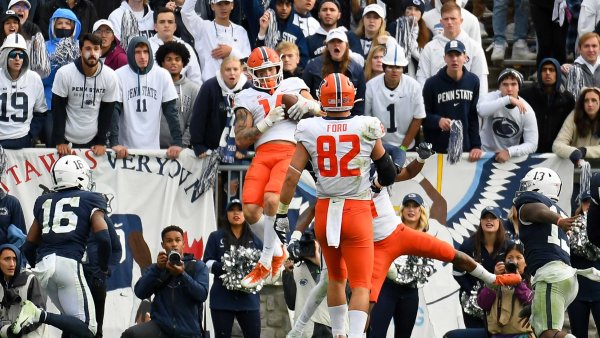 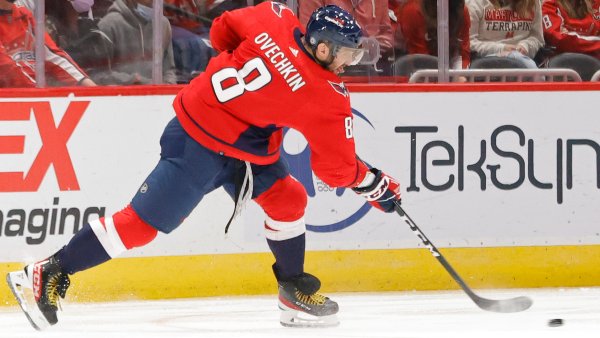 Well, I think you all know how that worked out. Oh, and just for kicks I also benched Housh for Santonio Holmes because the Bengals have been flat-out awful and they were facing the marauding Giants pass rush. But who needs 12 catches for 146 yards and a TD when you've already benched 5 Ronnie Brown TDs?

Anyway, who might give you a few Ronnie/Housh kind of games in the future? Let's take a look . . .

Frank Gore: So I guess this Mike Martz guy knows how to use Gore after all. The "Sucky Lions Rush Defense" caveat applies here (as it will all season) but still, Gore's carries have increased every week and he's looking every bit like the first round pick many thought he didn't deserve to be.

Reggie Bush: See "Shockey, Jeremy" below. Mr. Kardashian was on the rise anyway with his 148 total yard, 11 catch, 2 TD game in Week 3. But I think Shockey's absence will lead to even more passes, and more carries, for Bush, who seems to have learned how to run with a bit more authority. Also keep an eye on Robert Meachem as a possible beneficiary of Shockey's hernia woes.

Brandon Marshall: Again I ask you, who would you trade Brandon Marshall for right now? On message boards nationwide, owners are saying they wouldn't even trade him for LT, Romo or AP. That's high praise.

Julius Jones: A writer who shall remain nameless - but whose name rhymes with Spark Paint Gamont - wrote this last week about the rising Julius Jones: "My advice: watch him run on the Rams this weekend and then deal him. Well, Julius indeed ran on the Rams Pop Warner defense (140 yards/1 TD). But Mo Morris is on his way back, as are Branch and Engram (more passing?). And Holmgren says that he might even start using Duckett more, too. So my sell high advice still remains.

Matt Forte: Didn't have a monster rushing game (27 carries, 89 yards). But it has to please his owners that he caught 7 balls for 66 yards and a score, and got 27 carries in a close game. Proof that Lovie trusts him to be a weapon in virtually any game situation moving forward.

Le'Ron McClain: Rumors that it was in fact McLain who scratched the inside of McGahee's eyelid with a toothpick while Ray Rice held him down on the locker room floor are unsubstantiated. But McClain is likely now the Ravens' top goal line option and a nice Flex play if you need a TD. Think Pierre Thomas, but in a worse offense.

Greg Jennings: In a pre-season Fantasy Hall of Fame commercial for ESPN, Jennings jokingly says "I am pretty awesome." More prophetic words were never spoken. He and Rodgers have a clear chemistry and he's become both Rodgers' first option and last-second safety valve, the way Driver and, before him, Antonio Freeman were for Favre. That he's now being mentioned on message boards in the same breath as Marshall, T.O. and Fitz says more than enough about how high his value has risen.

Rashard Mendenhall Willie's out this week (maybe longer?), giving the rook a shot at a full-time gig. Temper expectations as he faces the Ravens and, if Willie's out again, the Jags, so he's no guaranteed stud. But if you own him and are set at RB, dangle him to the Parker owner (or some other RB-starved team in your league) and see what it might net you.

Bobby Engram: Some of the Waiver Wired-type pieces here on Rotoworld have advised the same, but it bears repeating: if your league mates are sleeping on Engram, pick him up and see what happens. Might obviously bode well for Hasselbeck's value, too, making him a sneaky buy low.

Brandon Lloyd: Digging deeper here, but someone's gotta catch Kyle Orton's boozy knuckleballs, and it seems Lloyd has become the most attractive WR option in Chicago. Which is like saying that Police Academy VII: Mission to Moscow was the best Police Academy movie, but still . . .

Ronnie Brown: The poster boy for the most insanely fluctuating weekly stock in recent fantasy memory. In Weeks 1 and 2 Brown had 48 rushing yards combined and was splitting carries with Dr. Method Man. Four rushing TDs, one passing TD and a couple Walter Camp-esque trick plays later, he's back to reminding Fantasy Nation that he was the single most studly fantasy back last year prior to his injury.

Use that exact logic, combined with this weekend's he'll-never-ever-do-that-again stats, to sell him at his absolute apex for a Steven Jackson or package him with a good receiver for Addai or even LT. He might even fetch you a temporary faller like . . .

. . . T.O.: He sure as hell won't have very many games like that (2 catches, 17 yards) and his owner shouldn't be panicky enough to think that Owens has suddenly become a bad receiver. But can't hurt to test the waters and see what it'd take to get him.

Torry Holt: It's gone from bad (Bulger with a crappy O-Line and no time to throw) to worse (Trent Green with a crappy line and no time to throw). Count me as one who thought Holt was wildly undervalued coming into the season, yet was wildly wrong. Don't buy low. Don't buy at all. And if you own him, use the twisted logic that Linehan's QB switch will "shake thing up" and/or "awaken a sleeping offense."

Andre Johnson: Marquee WR's aren't supposed to drop one potential touchdown pass that hits them squarely in the chest, let alone two. But look for Andre to bounce back -- whether Schaub stays under center or Kubiak switches to Rosenfels - and buy him (relatively) low right now if you can. Perhaps using the aforementioned Ronnie Brown.

Brett Favre Learn the playbook, Brett, then throw balls to where your receivers are versus where you thought they were supposed to be. I do like the ever-rising value of Chansi Stuckey, however. He's playing his way into possible weekly Flex consideration.

Jeremy Shockey: A sports hernia operation will do that to a guy's value.

Pick Six: Dear sports radio play-by-play guys, stop calling an interception return for touchdown a "pick six," because it sounds really stupid and unoriginal and annoys the hell out of me for some reason. Please come up with a cutesy new name. Like, I don't know, "Interception Return for Touchdown."

Todd Heap: Seems like eons ago that Heap was mentioned in the same sentence as Gates and Gonzo. Now, the dude can't stay healthy and his quarterbacks keep getting worse. Very little name value left, so I'm afraid you're stuck with him.

Al Harris: Had blood in his urine. He's not an offensive player and has no fantasy value, per se, but still . . . blood in urine is gross.

Chad Muy Malo: Palmer obviously looked for Housh when the game was on the line. If you can convince a league mate that Chad had something to do with the Bengals nearly beating the Giants, deal him on what little name value he has left.

Plaxico Burress/Matt Millen: Plax was suspended for bagging work, but c'mon, who hasn't done that? I'm bagging work right now. Millen, however, was canned for never having been even remotely competent at his job for even one millisecond of his 31-84 tenure as Lions GM. Somewhere, Charles Rogers and Mike Williams light up another fatty and laaaaaaugh and laugh . . . and then both nod off while watching koala bears eat eucalyptus leaves on Animal Planet HD.

Derek Anderson/Brady Quinn: As one falls, the other rises. It's only a matter of time. I still think Braylon and Winslow are good buy low guys, but Anderson seems to be on a collision course with the inevitable. And by "inevitable," I mean "clipboard and backwards hat."

Gary Busey: So as I was saying earlier, I was walking on the Santa Monica Pier last Saturday and daydreaming about Brown vs. Royal (not exactly Brown vs. the Board of Education, but important nonetheless). So I almost didn't notice the dead man ten feet ahead of me. Yes, an actual corpse, standing quasi-upright, bone thin, with a ghoulish Crypt Keeper grimace and wispy, gray-blonde hair sprouting out of his skull in an Einstein kinda way, as if he'd combed it with a hand grenade. He appeared to be slightly leaning for support against an attractive older woman, and wearing baggy, black pajama-like pants, a loose black T-shirt and black slipper-like sandals you might see in a karate dojo. Maybe someone was guerilla marketing a new movie called "Creepy Skeleton Ninja"?

But as I passed by, I covertly looked over at him and, suddenly, with a quick turn of his Castle Greyskull head, the dead man looked directly back at me with one freaky, wild, crazy-guy eye and grinned. And at that moment, I realized this was no corpse -- it was Gary Busey!

Gary didn't look half bad for a guy who was mangled in a horrific near-fatal motorcycle crash awhile back. But he didn't look good. If Keith Richards ever ran into him, he would say, "Whoah, Gary, mate, you don't look so hot." That said, there was a time when Busey was a virile, studly young man, a bonafide Hollywood star. He was Buddy Holly. He was Lomax in The Firm. For chrissakes, he was Mr. Joshua! Translation? He was an effin' badass. And even though he now looks like I could have picked him up like Bo Jackson and snapped him over my knee, that momentarily menacing, youthful, psycho glimmer in his post-accident googly eye, together with that trademark unstable Busey stare, said, "Keep walking, roto nerd. I could kill you with just my pinkie finger and make sure they never find the body."

My point is this: some of your players might look pretty mangled right now. Brittle. Frail. On their death beds. But looks can be deceiving. The second you think they're withered away and helpless, a crazy glimmer returns to their eyes and they spring back to life, their value skyrocketing along with them, and take no prisoners.