DC's police chief voiced frustration over violence in the city, saying many people the department arrests wind up back on the street

Two men were shot at the intersection of 14th and Riggs streets near Logan Circle about 8:20 p.m., police said. Both are recovering at hospitals.

The shooting happened right outside the restaurant Mexicue. Witnesses described a chaotic scene as they tried to avoid gunfire.

“Everybody was scrambling to get inside Mexicue. I think we were one of the last ones in there. Just kind of jumped on top of people laid down as best we could to duck and cover," said Mike Donnelly, who had just sat down at an outside table with a date when the shooting began. 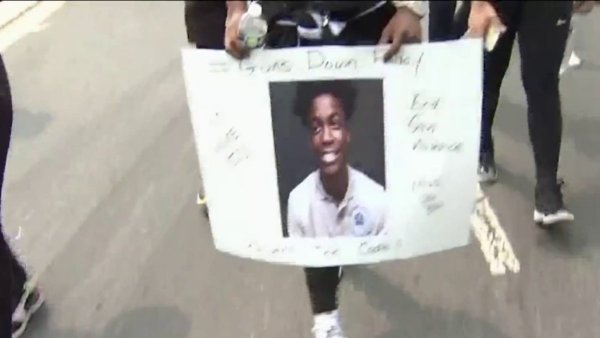 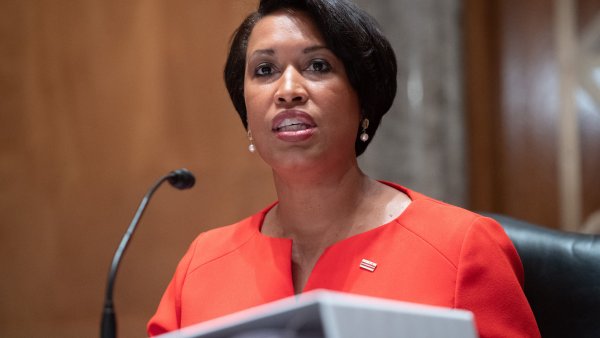 As the couple huddled with others inside the restaurant, one of the victims of the shooting walked in.

“He had a pretty big blood stain on his shirt. It was very clear that he had been shot.
I think he was just in shock, I mean, he wasn’t saying anything. People were just tending to him as best they could," Donnelly said.

Donnelly said the man was dressed in business attire and carrying a briefcase. Paramedics took him to a hospital.

The other shooting victim, who police say was the intended target, was given first-aid on 14th Street.

D.C.'s mayor and police chief are asking the community and the courts to help curb violence in the city. News4's Cory Smith reports.

On Friday, D.C. Police Chief Robert Contee held a community walk and got an earful from residents

“I see people doing violent crimes and I see them back in my community months later— it breaks my heart," one woman told him.

Contee said many people his department has arrested and charged with violent crimes wind up on the street again because of backlogs in the court system.

Mayor Muriel Bowser published a newsletter Friday saying courts must be operating at full capacity to do their part in fighting violent crime.

"At this time, we know that because our federal partners are not operating at full capacity, there is a lag in case processing that is creating its own public safety crisis in Washington, D.C.," the letter said. "In January 2020, there were 5,707 criminal cases pending in D.C. Superior Court. As of June 2021, there are 10,199 criminal cases pending."

"It means more people are arrested and then immediately released," Bowser said in the letter.

"The DC Courts have remained open throughout the COVID-19 pandemic, to include the Criminal Division within DC Superior Court," DC Superior Court Chief Judge Anita Josey-Herring said in a news release. "Since the outset of the pandemic, Criminal Division judges have been handling arraignments, pleas, sentencings, emergency bond review and show cause hearings. In June 2020, the Division resumed preliminary hearings. In November 2020, opportunities to set detained non-jury trials were extended, and in April 2021 this was expanded to include detained jury trials. The Division has also held numerous remote hearings under the Incarceration Reduction Amendment and Compassionate Release Acts."

"The DC Courts will continue to partner with various District agencies and every resident across all eight Wards in an attempt to achieve justice, reduce gun violence and maintain public safety," Josey-Herring said in the release.

“I heard, like, I think it must have been 10 shots,” one witness who didn’t want to be identified told News4. “Ten or 15, I don’t even know. And everybody at the patio in Red Light just, just ran inside, and I just went down to the floor.”

The double shooting happened about a half block from where 53-year-old Jeremy Black was struck and killed by a stray bullet three weeks ago while he was taking an after dinner walk with his wife.

“I’ve been hearing concerns about these few blocks for the last year consistently from neighbors who are so concerned about increase in drug activity and increase in reported crime and want to know what the city is doing to keep them safe,” said Ward 2 Councilmember Brooke Pinto, who represents the area.

“It is totally unacceptable behavior,” D.C. Police Chief Robert Contee said. “I’m asking the community to take a look at these videos. If you know the person or the vehicle or someone who was in that. There was one individual with a very distinctive hoodie that he was wearing.”