The driver has been charged with murder

Police say an Ellicott City man was drunk when he crashed his pickup truck early Sunday morning, killing a 17-year-old star football player who was riding in the back of the truck.

Another passenger, 17-year-old Thomas Erdman, was brought to Shock Trauma for treatment of injuries and later released.

The driver and brother of Thomas Erdman, 22-year-old David Dixon Erdman, was taken to a hospital with minor injuries and later released. Police say he has been charged with driving under the influence, murder and manslaughter.

All three were friends.

Dankos' mother, Nancy Davis, told News4's Tracy Wilkins that she holds no ill will against Erdman.

"You might think I'm crazy, but I feel the kid's been punished enough," she said. "I feel so sorry for him. I feel sorry for his parents... I have absolutely no hard feelings. .. I wish that kid did not have to go through what he's going to go through." 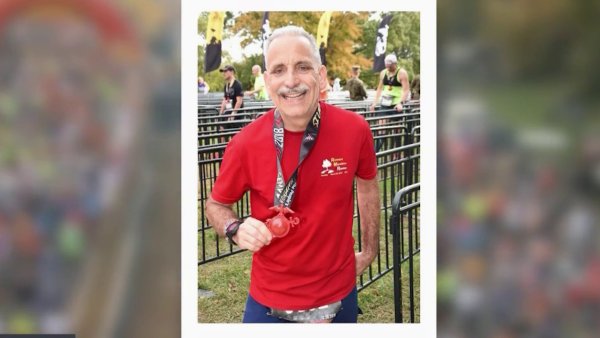 The driver's brother, 17-year-old Thomas Erdman, was brought to Shock Trauma for treatment of injuries and later released.

Dankos' classmates signed a piece of one of the stone pillars and put it up in front of the Davis home. They are also remembering their friend with a Facebook page put up in his memory.