‘On the Edge of a Razor': Youngkin Tests New Trump Playbook

Polls suggest that Youngkin's strategy could work in Virginia's governor race. He is in a close race with McAuliffe, a former governor and Democratic powerhouse

On the debate stage Tuesday night, the Republican candidate in Virginia's governor's race repeatedly sidestepped comparisons to the former president. Youngkin avoided Trump’s most aggressive talking points on election fraud, border security and critical race theory. He also tried to dodge a question about whether he would support another Trump presidential bid, though Youngkin ultimately said he would. 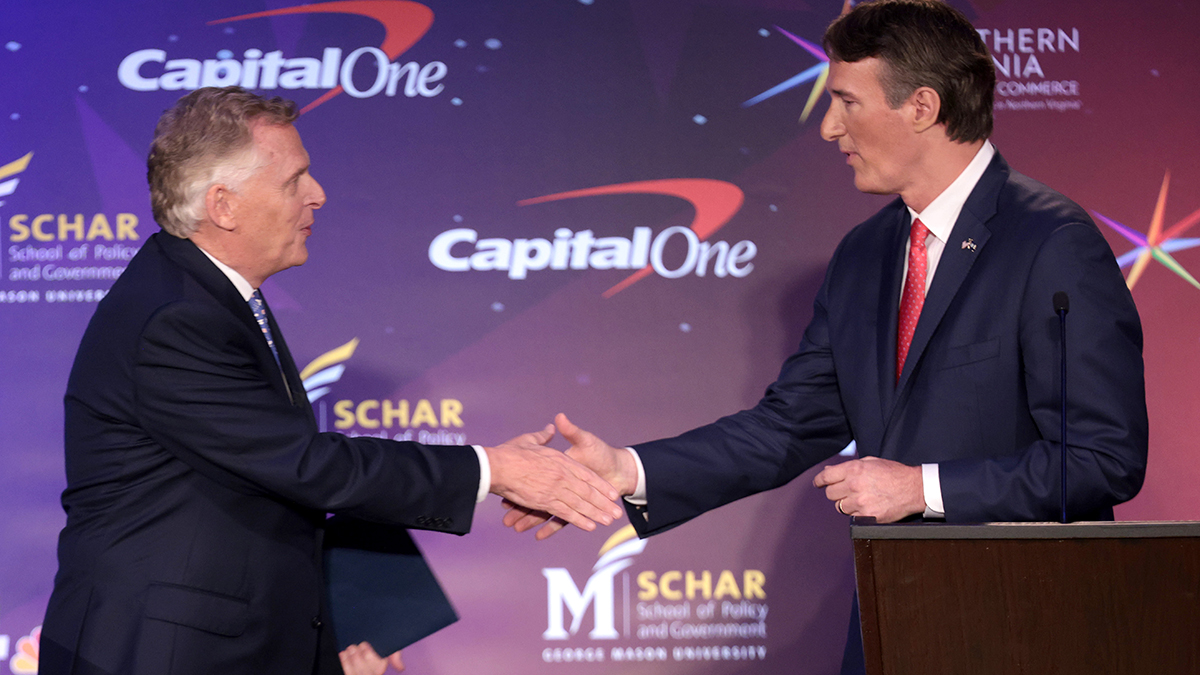 Virginia Gubernatorial Candidates on Attack From Start in Debate 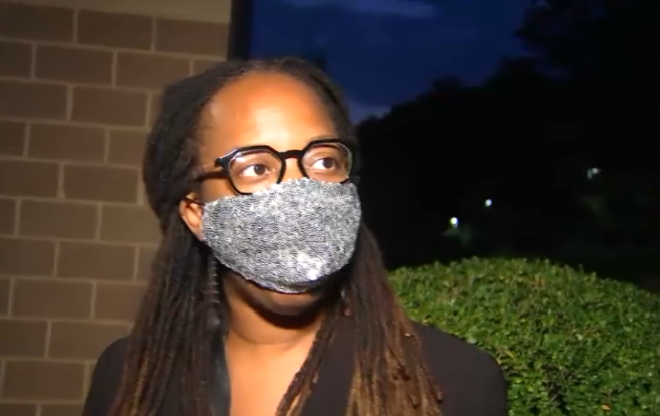 “You’re running against me. It’s Terry McAuliffe against Glenn Youngkin,” Youngkin told his Democratic opponent. “The only person invoking Trump is you.”

Few Republicans in recent years have harnessed the energy of the Trump base with such cool rhetoric. And there is fear within Youngkin’s campaign that Trump or his loyalists could turn against Youngkin in the days before the Nov. 2 election. But if Youngkin is successful, his ability to navigate the delicate politics of the post-Trump presidency could offer the GOP a new playbook before next year’s midterm elections.

While there is no shortage of Republican candidates fighting for Trump’s support, another wing of the party is eager to move on, especially in states where the GOP is reeling from painful losses under Trump’s watch last fall. Control of Congress in 2022 will be decided not in Trump strongholds, but in swing states such Arizona, Georgia, Florida, New Hampshire, North Carolina, Pennsylvania and Wisconsin.

“So far, Glenn Youngkin has danced on the edge of a razor, and he’s not gotten cut,” said John Fredericks, who led Trump’s Virginia campaign last year. “He’s holding the Trump base together.”

Polls suggest that Youngkin's strategy could work. He is in a close race with McAuliffe, a former governor and Democratic powerhouse in the state with decades of experience in national politics.

McAuliffe has a delicate balance of his own to navigate as President Joe Biden's favorable ratings fall and the Democrats' agenda falters in Congress. Both sides privately acknowledge that Virginia Republicans seem to have an enthusiasm advantage in the campaign’s closing days.

McAuliffe said in the debate that the price tag of Biden's wish list is “too high.”

Northern Virginia Bureau Chief Julie Carey reports on what happened the day after the final debate in the race for governor of Virginia.

The White House does not see the Virginia governor’s race as a referendum on Biden's agenda, press secretary Jen Psaki said Wednesday, adding that the president is a “big supporter” of McAuliffe.

Biden campaigned in Virginia on McAuliffe's behalf in July before the president's numbers began to sink. The McAuliffe campaign said he would welcome another presidential visit, but nothing is scheduled.

Youngkin has had little to do with Trump publicly since securing the GOP nomination in May. The nominee has been content to let McAuliffe's campaign highlight Trump's endorsement in Democrat-funded campaign ads. Youngkin is not planning to attend a rally next month hosted by Trump loyalists in which Trump is expected to make an appearance by phone.

Youngkin's campaign remains in close contact with Trump's team behind the scenes, however. At least a dozen Youngkin staffers previously worked for the Trump campaign or in his administration. Lest there be any question that they're in close contact, text messages sent by The Associated Press to a Trump aide in recent days were answered by Youngkin staff.

“Youngkin's campaign has been in regular communication with the president's political team. Any suggestion otherwise is false,” said Trump spokesperson Taylor Budowich. “The president is looking at the most effective options to help propel Youngkin to victory as his campaign continues to surge.”

Of course, the Trump base may be more willing to forgive Youngkin's strategy in Virginia than in other states.

While Virginia has long been considered a swing state, a Republican has not won statewide office in 12 years. Trump lost the state by 5 percentage points in 2016 and 10 points in 2020 as women and suburban voters in particular rejected his divisive leadership.

“We’ve got to get a win,” Fredericks said in explaining his embrace of Youngkin. “Let’s fight later.”

In recent months, Youngkin has focused on more traditional kitchen table issues such as taxes, crime and education, instead of Trump's brand of shock-and-awe politics. But that wasn't always the case.

Youngkin made “election integrity” — code for Trump's false claims of election fraud — the centerpiece of his campaign during the nominating contest in the spring. In February, when asked by The Washington Post if Biden was legitimately elected, Youngkin declined to say.

Since the nomination was settled, Youngkin has acknowledged Biden’s win and mostly focused on other topics. He reiterated during Tuesday's debate that “there wasn't material fraud” and that “the election was certifiably fair.”

In his television ads, Youngkin has stayed away from culture war issues popular with the conservative base, focusing on his family and his biography, including his time as co-CEO of a private equity firm. Sticking to a traditional conservative policy agenda, he promises to cut taxes, create jobs and tackle rising crime.

In campaign speeches, he often says he will make Virginia “the best place to live, work and raise a family.”

As for Trump, Youngkin has said he was “honored” to receive the former president’s endorsement, though he avoided such statements on stage this week. In one interview often highlighted by McAuliffe's campaign, Youngkin said Trump “represents so much of why” he is running.

Youngkin seemed to be less enthusiastic about the endorsement when pressed by a reporter during a campaign stop this month at a grocery store, where he was promoting a tax cut plan.

“First of all, I’m the one running for governor this year. I’m on the ballot,” Youngkin said when asked whether he was “proud” to have the endorsement. The reporter followed up twice, and Youngkin avoided answering directly.

With his forehead furrowed as he spoke, Youngkin said he was “running for everyone." He said he had been endorsed by “lots of people” and repeated twice, “I’ve brought so many people together over this time period,” before finally adding that he was “very pleased” to get Trump's endorsement.

Chase, who competed against Youngkin for the Republican nomination, said she’s heard from some supporters who would like Youngkin to take a tougher stance on abortion, gun rights and “election integrity.” But, ultimately, she thinks Youngkin is building a winning coalition.

“I really feel like Glenn is bringing together all parts of the Republican Party — the Trump supporters, the moderates, the business Republicans, all the groups," she said. “I congratulate him on that.”