Bees, Dog Escape Tractor-Trailer After Crash on I-495

Interstate 495 was buzzing with activity on Wednesday when a tractor-trailer carrying hundreds of thousands of honey bees — and one small dog — crashed in Fairfax County, Virginia.

Virginia State Police said two cars got into a fender-bender in the northbound lanes of I-495 near Georgetown Pike. As the drivers tried to move over to the shoulder, the tractor-trailer struck their vehicles and veered into the wall.

The 56-year-old man driving the tractor-trailer had a medical emergency and was found in the cab of the truck unresponsive, police said. He was taken to a nearby hospital. Police did say his condition. 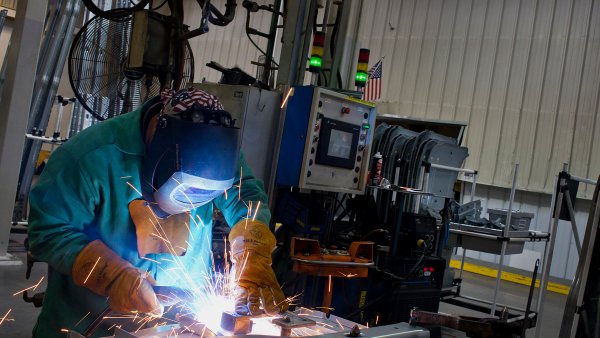 Neither of the two other drivers involved were injured, police said.

While Virginia State Police Trooper C. Lanfranchi Jr. and medics were at the scene, bees suddenly swarmed around them, police said.

They realized the tractor-trailer was loaded with pallets of honey bees and some of the pallets had shifted during the crash, allowing the bees to escape.

A father and son who were experienced beekeepers happened to be driving by and came to the rescue.

"They suited up, inspected the flatbed trailer, and helped secure the load and capture a majority of the bees," a spokesperson for Virginia State Police said in a release.

As if there wasn't enough happening at once, Trooper Lanfranchi chased down a small dog he spotted running loose at the scene of the crash. The dog belongs to the driver of the tractor-trailer.

"Because it took quite a while to clear the scene, the trooper even took the dog for a quick walk with an improvised "leash" he found in his patrol car," the spokesperson said.