A cold, nasty Wednesday is ahead for most of the capital region, although don't expect any snow or ice for the metro D.C. area. However, areas to the north and west of the District — such as Frederick, Maryland, and Leesburg, Virginia — could see wet snow, and areas farther out could get some accumulating snow.

Expect the D.C. area to be drenched by anywhere from 0.5" to 1" of rain, and as Storm Team4 Chief Meteorologist Doug Kammerer notes: "Wow, that's a lot of rain in one day."

Tuesday's mild temps began to fall after sunset and will drop into the 30s by 9 to 11 p.m. Expect a dry overnight period

As of Tuesday evening, the storm that we're watching is way down to the south and west right now, but it is really becoming a monster of a storm. While it will be a big snowmaker for Oklahoma and parts of Missouri, which are under winter storm warnings, that's not what it's going to bring us.

Instead, we'll see rain, but Storm Team4 is not anticipating severe weather from this at all. 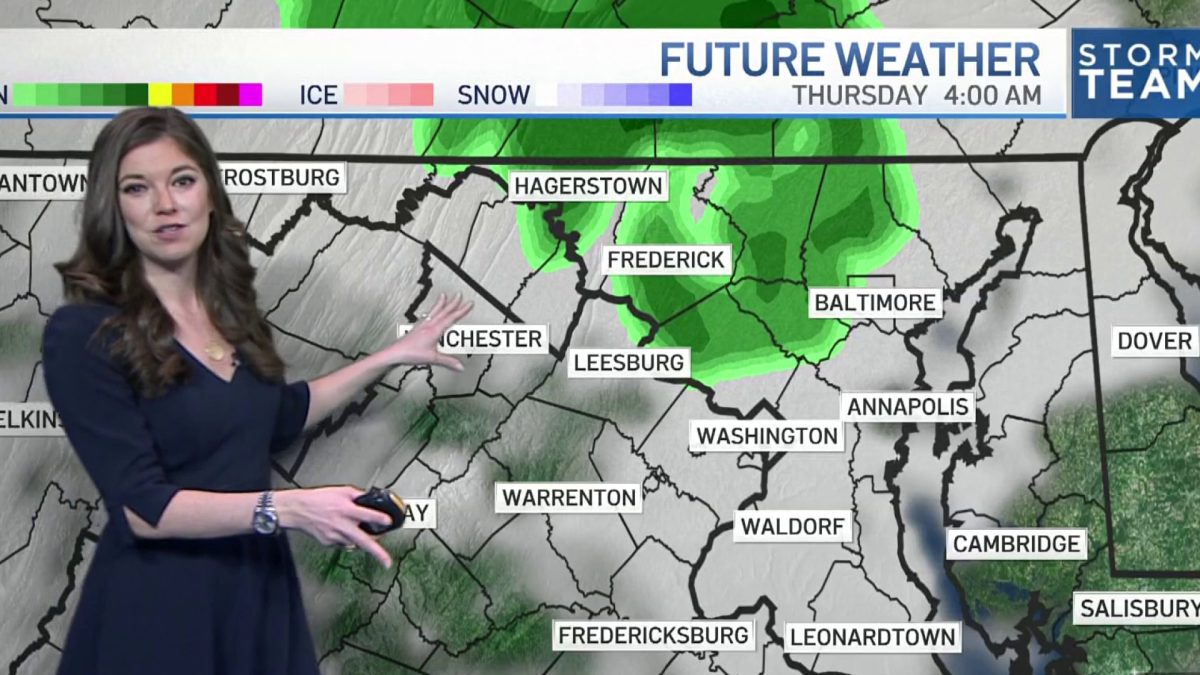 Specifically, the area around the Capital Beltway east of Interstate 95 will get only rain. While you might see some snowflakes falling, nothing will stick to the ground.

However, areas north and west of the District will get some wet snow before it changes over to all rain.

Areas beyond that will get some minor accumulating before the precipitation changes over to all rain by 1 p.m., if not earlier. For the most part, though, roads farther to the west of D.C. will likely just be wet as well, since surface temperatures will stay above freezing. Some accumulation is more likely on grass, trees and roofs, but any snow that falls during the morning hours will likely melt by the afternoon and evening as temperatures warm up again.

Behind this storm system, temps will definitely fall back onto the colder side. On Thursday, expect blustery winds gusts up to 35 or 40 mph.