Hundreds of power outages have been reported due to heavy, wet snow and strong wind gusts. Storm Team4 is in Weather Alert mode

As snow tapered off around the region, high wind gusts and sub-freezing temperatures become the main concerns.

Officials in both Maryland and Virginia asked people to stay home if possible. The Virginia Department of Transportation warned drivers that strong wind gusts could lead to debris in roadways or fallen power lines.

Because the snow is heavy and wet, it clung to trees and power lines and, along with powerful wind gusts, caused outages. Hundreds of people around the region lost power Saturday.

Temperatures are below freezing, so you should treat anything that looks wet as if it could be icy, especially bridges, ramps, overpasses, and elevated surfaces, VDOT warned.

Many areas around the region are under a wind advisory that will remain in effect until 1 a.m. Sunday. Wind gusts could reach 50 mph, and blowing snow may reduce visibility at times.

A winter weather advisory for D.C. and parts of Maryland and Virginia expired at 3 p.m. Saturday. Far western Allegany County in Maryland remained under a winter storm warning.

Hundreds of people around the region were experiencing power outages Saturday. As of 2:45 p.m., here were the numbers of customers without power: 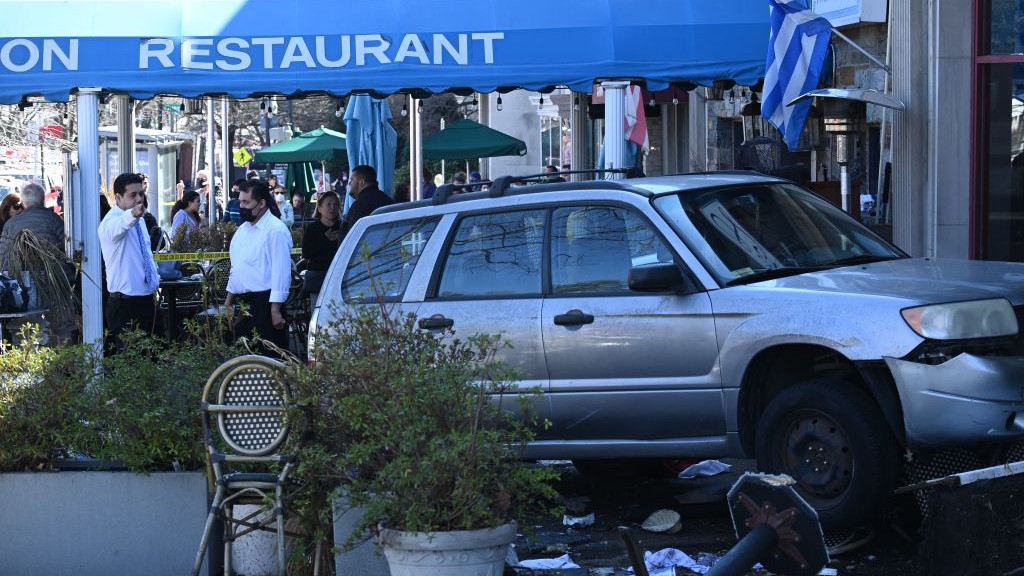 Rain and cold air moved in early Saturday. Leesburg, Virginia, and areas to its west were getting all snow before 7 a.m. In the metro area, rain transitioned to a wintry mix and then to all snow by 9 a.m.

Snow accumulated mostly on elevated surfaces. The impacts were higher north and west of D.C. Transportation officials in both Virginia and Maryland urged people to stay off the roads.

VDOT said Saturday afternoon that crews were plowing in areas where at least 2 inches of snow have fallen on pavement. They are spreading sand and salt on icy areas and slick spots as needed.

Snow and wind gusts were hitting the D.C. area Saturday, with power outages reported for hundreds of customers.

Expect bitter cold to continue for now, with wind chills in the teens and even single digits.

The next concern will be low wind chills and a hard freeze Saturday night. Any residual moisture left on roads may turn to ice.

Daylight saving time begins Sunday, so remember to spring your clocks forward. Losing an hour of sleep won’t be the only reason you’ll want to stay in bed on Sunday morning. It will be very cold, with frigid wind chills, and slick spots will be likely on roads and sidewalks.

Sunday is looking sunny, breezy and cold, with highs in the mid-40.

Milder air will make a quick return on Monday, and temperatures will return to the low 60s early next week. Storm Team4 says we could hit 70 by the end of the week.