Floodwaters caused detours on roads, closed schools and damaged a cluster of nine businesses along Route 1 in Stafford County, Virginia, over the weekend.

The businesses were hit from both sides when water poured in and across Route 1 from a hill across the street while the creek behind rose out if its banks.

“We just saw the water just keep coming and coming, and the rain did not stop, and it came pretty quick,” said Rashid Afshari, who owns CarNova. 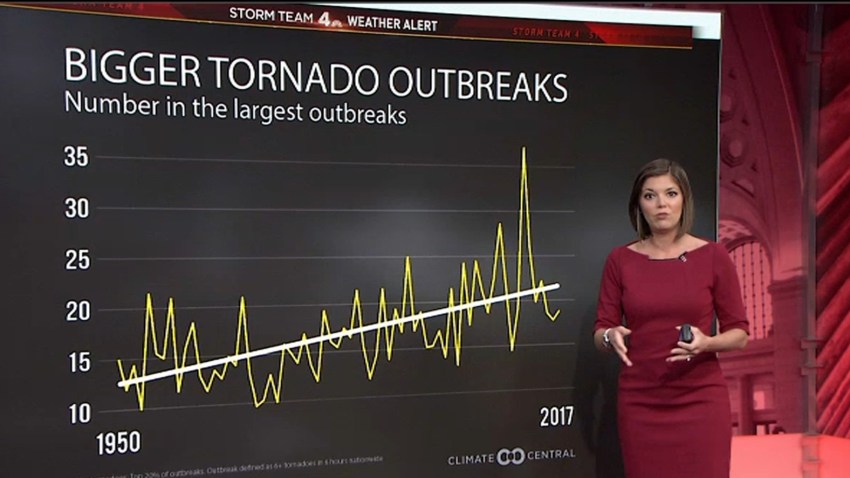 Winter Tornadoes on the Rise Due to Changing Climate

His staff hustled to move cars on the lot.

“We had the whole group … about eight of us moved about 60 cars within about six minutes,” Afshari said.

Four cars were swept away, and the office was damaged and coated with mud, but the business is still open.

But down the street, a dog grooming shop wasn’t as fortunate. Inspectors declared it unsafe because part of the foundation was washed away.

Stafford County Public Schools were closed Monday because some roads were impassable, including Bells Hill Road.

“It could have been water cutting away at the bottom of the slope,” VDOT engineer Sean Nelson said at the site of the damage. “We have not really found that yet. So we’re still trying to figure out where the failure mechanism came from.”

A road leading to Abel Lake was still covered with water Monday.