A flash flood warning is in effect in parts of Montgomery County, Maryland, and Loudoun County, Virginia, until 2 a.m. as storms dumped rain on the region.

The National Weather Service declared a flood watch in the D.C. area that starts at 2 p.m. and extends through the evening. Storm Team4 has declared a weather alert day.

Much of the D.C. area is under a severe thunderstorm watch. See all weather alerts here.

The storms are expected to bring thunderstorms and heavy rain up to 1 to 3 inches with an hour or two. Counties in Maryland, Virginia as well as D.C. are included in a flood watch due to the possibility of excessive rain.

"You have a window of a couple of hours to get the things done that you need to get done," meteorologist Clay Anderson said.

The storms are coming from cold frontal boundary which will move across the area, Anderson said. The storms will be slow moving with heavy rain and strong wind.

Storm Team4 is also tracking tropical storm Colin which is currently off the coast of North and South Carolina.

Saturday's storms will die out overnight but Sunday will still start out with clouds and a few lingering showers. It will also be a few degrees cooler. That slight drop in temperatures and humidity will take away the threat of severe weather but a pop-up thunderstorm or two will still be possible in the mid/late afternoon.

As of now, the 4th of July looks great. A slight chance of an afternoon shower that will dissipate before the fireworks begin. 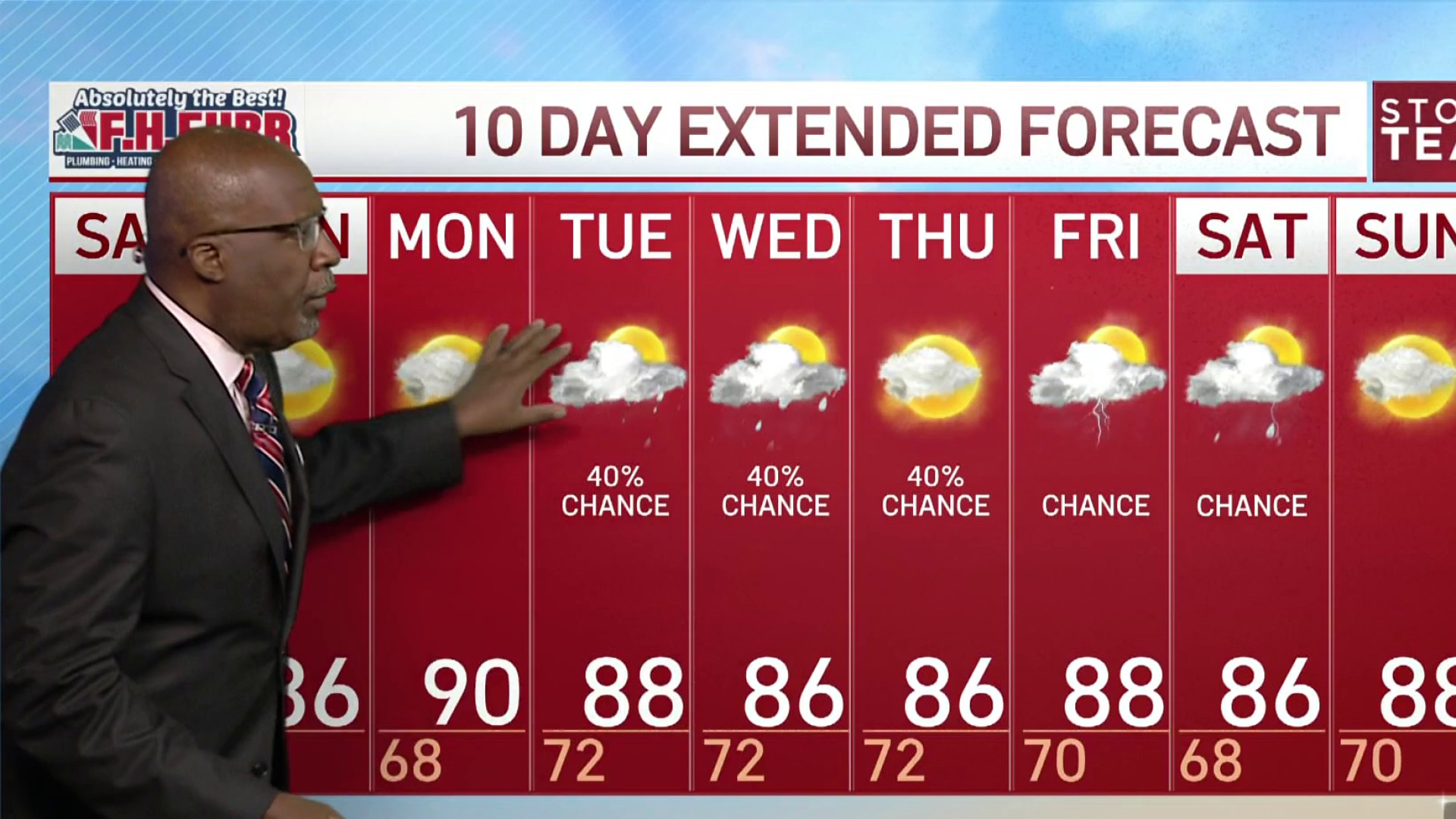