One day after the remnants of Hurricane Ida dumped inches of rain, spun off tornadoes and spurred deadly floods in the Washington, D.C., area, communities will begin cleaning up in calmer weather.

Although the storm is gone, the impacts are lingering Thursday morning. Crews and residents will be cleaning up in sunshine and seasonably mild temperatures.

A community in Edgewater, Maryland, struck by a tornado milled about, surveying damage from a reported tornado.

The twister tossed a pickup truck into a neighbor's lawn and fell power lines and trees. One tree appeared to slice a house in half.

"It looked like it just came right down the street. Never stopped," resident Rick Casciato said.

Deadly severe weather struck the D.C. area Wednesday, including a twister in Anne Arundel County and flooding across the region. News4's Justin Finch and Juliana Valencia survey the damage. 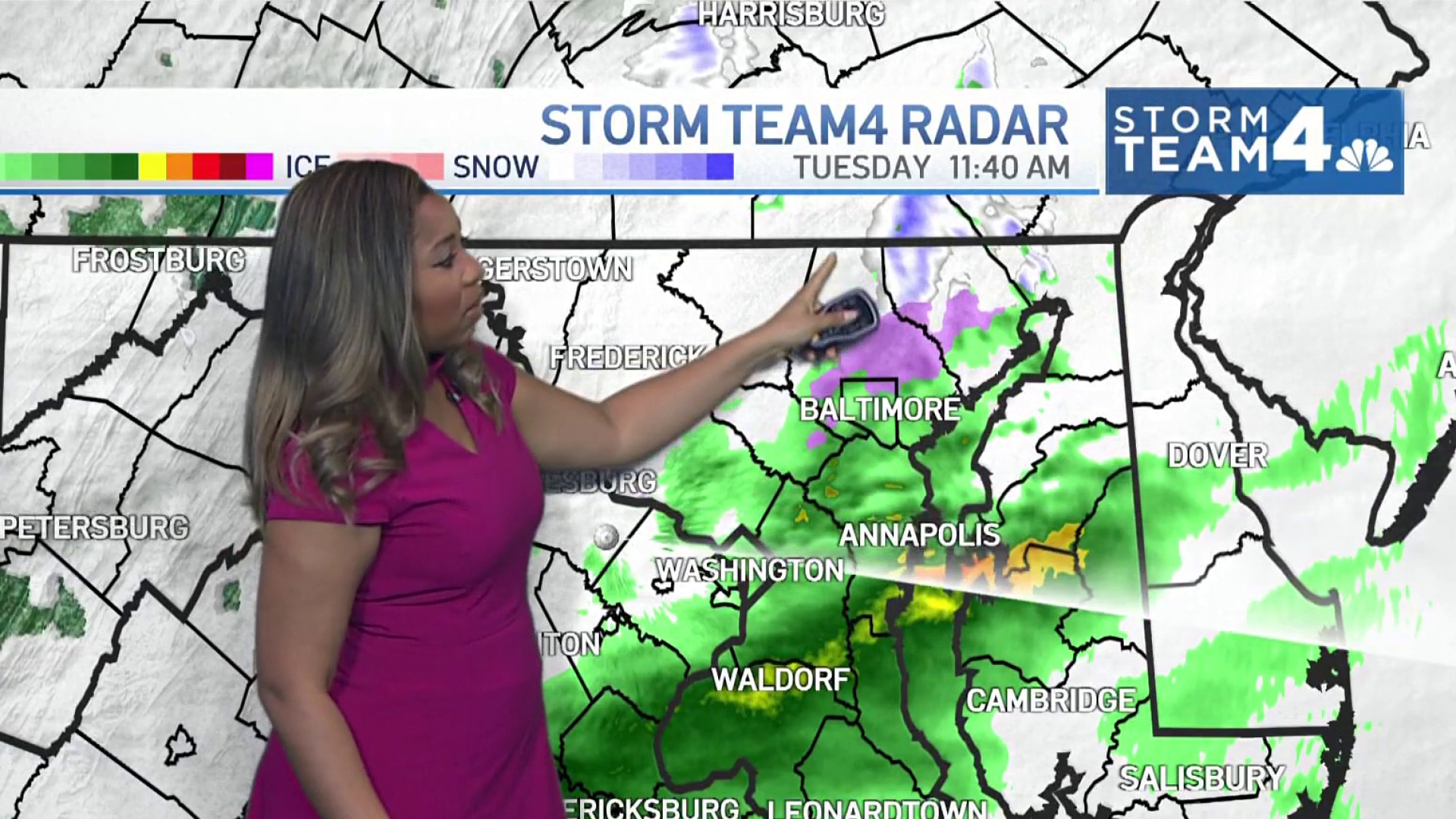 Amtrak canceled all service between Washington and Boston in the aftermath.

Frederick County, Maryland, was hit particularly hard by the storms and a flood warning will remain in effect until at least 4 p.m., the National Weather Service said.

The Monocacy river overflowing its banks and rose 4.8 feet higher than the flood stage.

The National Weather Service is set to investigate two reported tornadoes in Maryland. One was reported in Charles County.

The tornado in Anne Arundel County carved a miles-long path through several communities, bringing down electrical wires and ripping roofs off homes.

West Street in Annapolis was blocked by downed power lines and signage from businesses, photos show.

South River High School's football stadium was damaged. The roof was torn off the press box and another structure; the field was littered with braches. It's unclear if a game scheduled for tomorrow will be able to be played.

Anne Arundel Police thanked first responders from Prince George's County and Annapolis for coming to help amid the destruction.