A major storm has dumped as much as 6 inches of snow in some areas of the D.C. region Sunday evening as it moved through the Southeast and parts of the Mid-Atlantic.

The National Weather Service says about 6 inches fell in parts of Spotsylvania and Stafford counties in Virginia while parts of southern Maryland have gotten about 4 inches.

A winter storm warning and advisory expired for parts of Virginia and Maryland at midnight.

While most of the storm has moved out, the concern going forward is icy roads.

Multiple public school systems have announced they will be closed on Monday, including Calvert, Culpeper, Fauquier, Prince William, Stafford and Spotsylvania counties as well as the city of Fredericksburg.

Police in Maryland urged drivers to be careful as the winter storm made its way north.

Maryland State Police in the southern part of the state activated a snow emergency plan.

Meanwhile, police in Virginia said there were significant delays on interstates as vehicles stuck in snow impeded travel.

Virginia State Police said I-81 in far southwest Virginia was particularly dangerous, with snow coming down faster Sunday afternoon than crews could clear it. 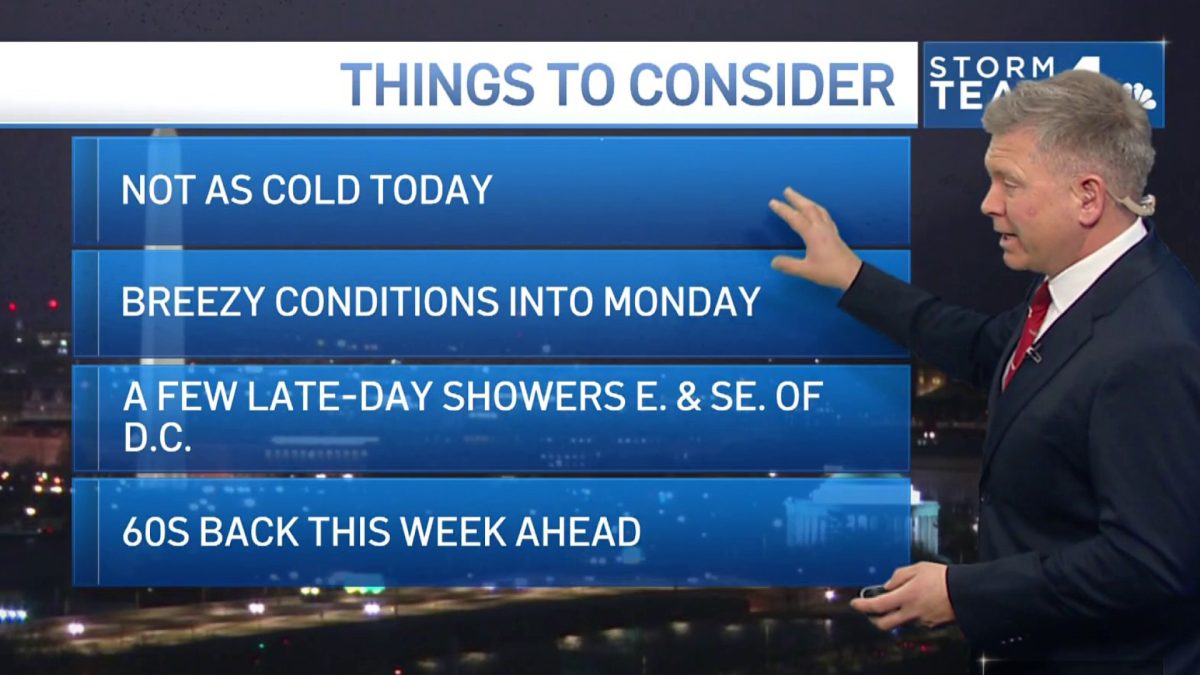 By noon on Sunday, the storm had already slowed travel. More than 1,000 flights were canceled from Charlotte-Douglas International Airport, the state's largest.

Amtrak canceled several southbound trains on Sunday, including the Auto Train 52 from Lorton, Virginia to Florida. A full list can be found here.

Gov. Ralph Northam declared a state of emergency for Virginia on Saturday ahead of the storm. The declaration allows the state to mobilize more resources and release extra funding for snow cleanup.

Storm Team4 said some locations in southern Virginia and parts of North Carolina could get between 8 and 12 inches of snow. As of about 10:45 p.m. Sunday, Charlottesville, Virginia, had gotten more than 11 inches of snow and areas in Augusta County saw more than 15 inches.

The storm will leave the Carolina coast Monday.

Cold, dry weather will stick around in the D.C. area throughout next week.