Steady rain moved out of the area Thursday after downpours flooded roads around the D.C. area. Some spots have seen more than 2 inches of rainfall, and areas to the south and east got much more, approaching nearly 6 inches in southern Maryland, Storm Team4 said.

Keep up with any severe weather alerts here. 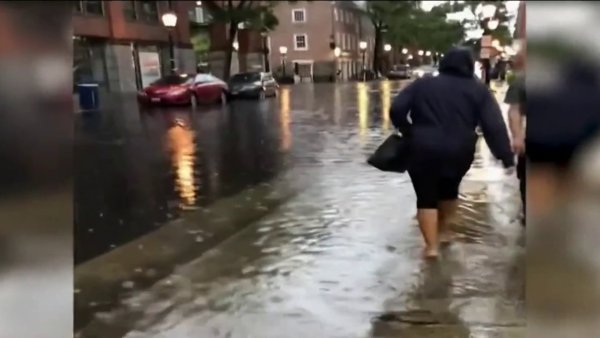 When or if you do head out the door, be sure to grab extra layers first: A cold front is set to arrive on Thursday and will drag down temperatures. Plan for low 60s in the morning, upper 50s by noon and near 50 degrees by sunset with a stiff north wind.

Wednesday clocked in as one of the top 10 wettest November days on record in the D.C. area. About 2.02 inches fell at Reagan National Airport.

By Friday afternoon, we could see some sunshine with highs right around 60 degrees.

The rest of the weekend is looking drier, but cool.

For Saturday, there's essentially no chance of rain with highs in the 50s.

Sunday looks breezy and warmer with highs in the 60s and increasing clouds. There's a chance for showers in the evening and afternoon.