No injuries have been reported

The National Weather Service confirmed a tornado in Virginia and several in Maryland during Friday morning's serious storms.

No injuries have been reported.

In Montgomery County, Maryland, two tornadoes have been confirmed.

At the same time, an EF-0 tornado in Boyds covered 2.3 miles with an estimated maximum wind speed of 80 mph and a maximum width of 75 yards. 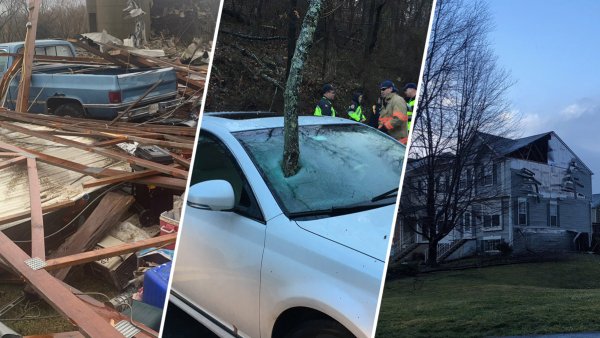 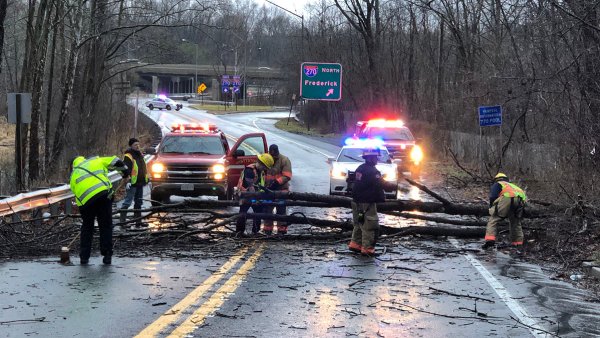 In Frederick County, an EF-1 tornado touched down in Monrovia at 7:44 a.m. and traveled 6 miles over more than five minutes. It had a maximum width of 150 yards and estimated maximum wind speed of 105 mph.

At 8:03 a.m. in Carroll County, an EF-1 tornado intermittently covered a path of 10.3 miles for more than 10 minutes. It's estimated maximum wind speed was 90 mph with a maximum width of 100 yards.

Further away in Cecil County, an EF-1 tornado covered almost a mile in Elkton at 9:39 a.m. It had a maximum width of 600 yards and a estimated maximum wind speed of 100 mph.

Severe weather left a path of damage through both towns, ripping the siding off homes and breaking tree branches.

In Monrovia, storms tore apart a barn at Burall Farm. No one was reported injured.

Some Leesburg residents shared on social media that they saw a tornado as severe thunderstorms moved through the D.C. area. As residents began to clean up the damage, wind chills plummeted into the 20s.