The sticker had law enforcement stumped.

It was found on a trash can at Reagan National Airport and appeared to show a man in a long, black trenchcoat with his arms outstretched and bombs attached to his chest (much like the image shown above).

Was it a warning from a terrorist organization? A signal from one terror agent to another? The Immigration and Customs Enforcement Agency and the Department of Homeland Security wanted to know. So they sent a picture of the sticker out to law enforcement agencies, security companies and government officials for help, according to Government Security News. 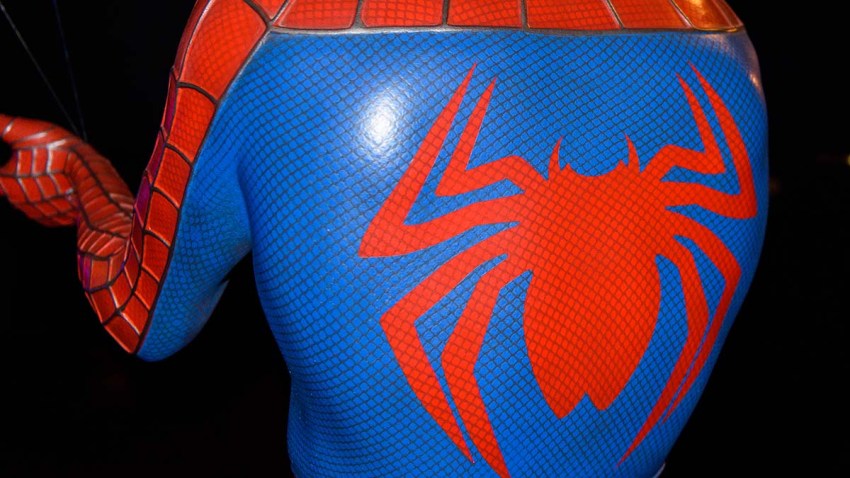 Man in Spider-Man Costume Exposes Himself in Northern Virginia: Police 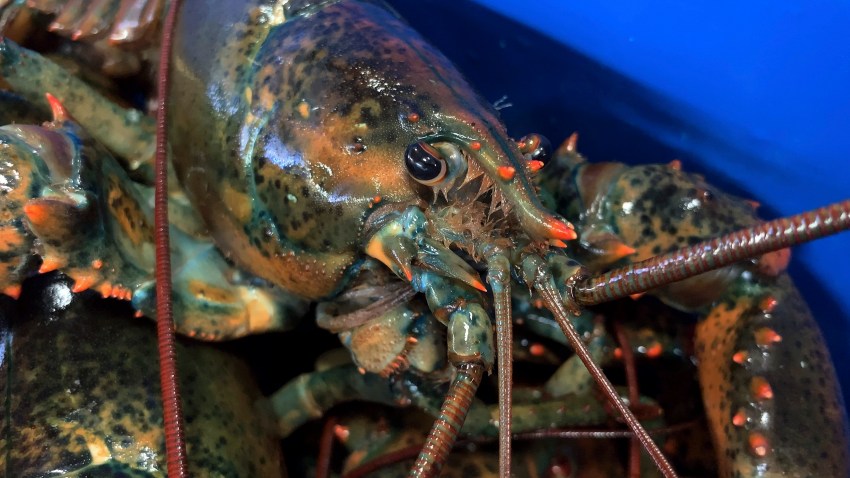 What they found out was that it wasn't the work of extremists, but rather the work of an American post-graffiti abstract expressionist named Rene Gagnon.

It turns out the sticker was based on a self-portrait.

And those bombs on his chest? Yeah, about that... Those are actually cans of spray paint.

Gagnon has been using the artwork as his logo for more than five years.  He said he didn't hear about the story from government officials, but from Wired magazine, which published a story about it.

"Wired Magazine actually called me and was like, 'Did you hear the news?' " Gagnon said.  "I was like, 'What news?' After they explained the situation I was really excited because publicity for an artist is 'almost' always good.  But after I read the post on GSN, I was like, 'Oh crap, I hope they don't blow this out of proportion and shut the airport down for a sticker.'  I imagine if they had shut it down, I would have been picked up and I probably wouldn't be writing this e-mail" to NBCWashington.com.

Securicrats, take heart. Gagnon admitted to Wired that when the image was created, it came at a time when suicide bombers were in the news. So their paranoia may not have been all that far-fetched.

"I had wanted to make an interpretation of me giving all of myself to my work," Gagnon told Wired. "I wanted to convey that the cans were exploding color, and that’s how my art was being created. One thing I do in my art work is explode cans of spray paint on my canvas."

Gagnon told Wired that fans post his stickers in places all over the world, and many take pictures and send them back to him. He said someone once discovered one of the stickers in a Dunkin' Donuts in Massachusetts and alerted police. Apparently, besides being so darn tasty, doughnuts rank high among terror targets in the Bay State.  Police found nothing suspicious, but we are pretty sure they enjoyed investigating the doughnut shop.

Oh, and if you're wondering, the sticker has been removed from the trash can at Reagan, allowing all of those with worried minds to rest easily the next time they throw away more than three ounces of liquid.