Groups that oppose the president also plan to rally

Supporters of President Donald Trump plan to march from Freedom Plaza to the Supreme Court Saturday to protest election results they say are fraudulent.

Women for America First, which obtained a permit for its demonstration, said there will be music, dancing and speakers at the rally, which begins at noon.

About a dozen other pro-Trump groups, including Million MAGA March and Stop the Steal DC, also plan to rally.

There are some groups that oppose the president also planning to rally in D.C.

Large groups of protesters have officials in D.C. worried that we could see an explosion in COVID-19 cases. Several demonstrations are planned this weekend to dispute the outcome of the presidential election, and there will also be counterprotesters. News4's Darcy Spencer reports. 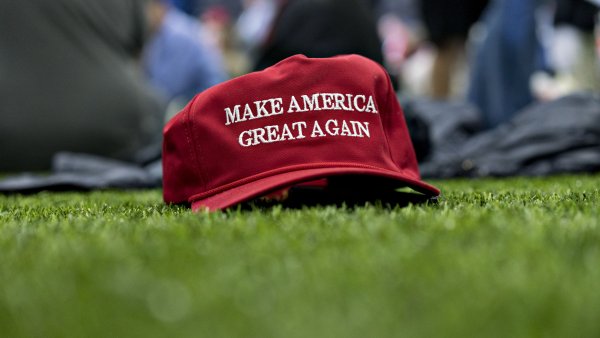 Trump supporters gathered near the White House Friday ahead of the demonstrations.

There were some arguments and tense moments with Trump supporters and counterprotesters shouting at each other Friday evening, and it wasn’t just over voting results. Some questioned Trump supporters who weren’t wearing face masks.

Based on social media promotions for the rallies, most of the groups appear to be right-wing supporters of President Donald Trump who dispute the election results. News4's Justin Finch reports.

Mayor Muriel Bowser said D.C. police are monitoring a caravan of Trump supporters who are reportedly headed from Texas to D.C.

Police warned against taking guns to the rallies.

It is only legal to carry a firearm outside the home in the District with a D.C.-issued concealed carry permit, Newsham said, but even with such a permit, firearms are prohibited in the areas where the demonstrations will take place.

Police released a list of more than 30 streets around the White House, U.S. Capitol and Supreme Court that will be closed all day Saturday, as well as extensive parking restrictions downtown all weekend.