Washington ‘Expected' to Release Alex Smith in Near Future: Report

Alex Smith completed his unparalleled comeback with the Washington Football Team during the 2020 season, but if Smith wants to pen additional chapters to that story — and he’s indicated numerous times that he intends to — he’ll reportedly have to do so with another NFL franchise.

On Monday, NFL Network Insider Ian Rapoport tweeted that the Burgundy and Gold will, "in the coming days," release the 36-year-old who was an essential part of their recent division title run. Smith had a 2021 cap hit of more than $24 million; the move saves the franchise $13.8 million.

Beyond the savings, parting ways with Smith makes sense from a strictly-football perspective. 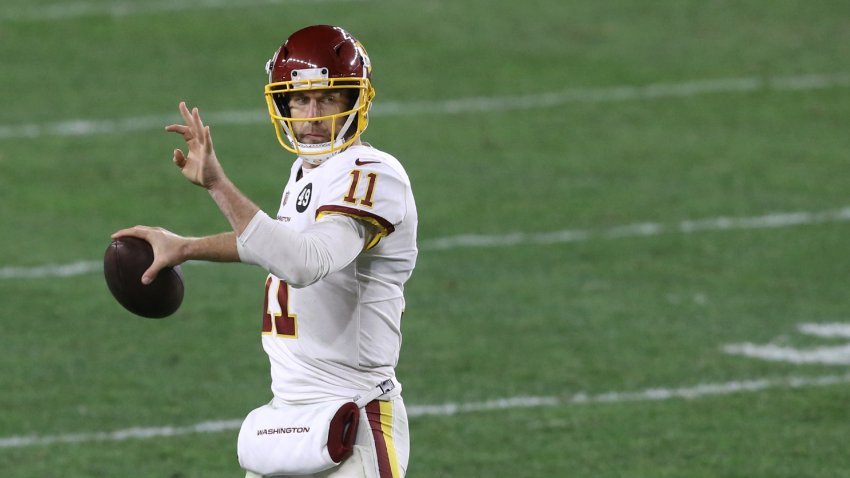 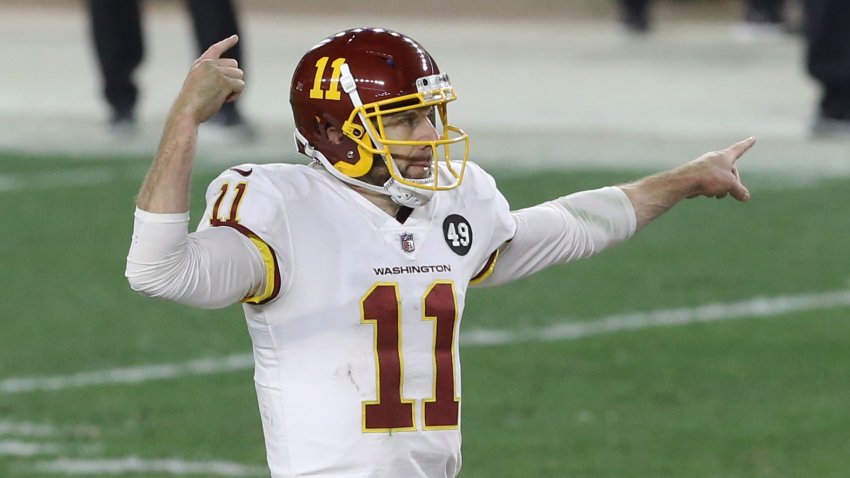 While he was the ideal, experienced option for what was a young offense last season, Ron Rivera and the team are due for a reset of sorts at the position. For a squad that’s aiming to raise its potential and keep its rebuild moving forward, retaining Smith — who’ll always have durability questions and limited upside at this stage of his career — just wouldn’t have been prudent.

Yet, despite the fact that most expected this to be the ultimate outcome between the player and the organization, it’s still significant.

Smith, thanks to the courage he showed during his recovery from 2018’s traumatic leg injury and the overall professionalism he exhibited in Washington, had garnered the respect of the entire locker room. Plus, as mentioned, the playoff berth in Rivera’s first campaign might not have been possible without No. 11’s contributions. The guy found a way to leave an indelible mark on Washington even in his brief tenure in the club’s uniform.

With Smith soon to be removed from the roster, the QB room will almost assuredly consist of Wild Card hero Taylor Heinicke and, if he returns, Kyle Allen. Of course, a trade acquisition, free agent signing or draft pick could, and probably will, join the mix, too.

Smith, meanwhile, will likely turn his attention toward his next destination. As he told GQ.com recently in an interview that was notable for several other quotes, he still views himself as a passer that can produce.

"I made a ton of gains through the year, and I still feel like I have more left to go gain," he said. "I still feel like there's stuff for me to go get out there, and get better. But this offseason, there's a bunch I want to go do off the field. But football-wise, I got more left. I got more to get there, too. So I really do really wanna get in the meat of this offseason and see where I'm at and push it.”

Smith’s stop in Washington was a memorable one, first for an infamous reason and then for an incredible one. In the coming days, there’ll be more to unpack about the complexities of his arrival, his stint and his exit, whenever it becomes official.

Today, however, those complexities give way to a far simpler truth: He’s no longer a part of the team’s plans.