Alex Ovechkin scored twice, Braden Holtby had 31 saves and the Washington Capitals moved one game closer to a sweep in their first-round playoff series with a 6-1 win over the Philadelphia Flyers on Monday night.

The Capitals lead a series 3-0 for the first time in franchise history. Game 4 is Wednesday night in Philadelphia.

Ovechkin snapped a tie game with his 38th postseason goal and Holtby made the lead stand with his third straight sensational effort in the series. The Capitals scored five power-play goals, including four in the third period.

The Flyers lost in their first home game since founder Ed Snider's death last week. Michael Raffl scored 57 seconds into the game and sent a crowd already rocking after an emotional pregame tribute into a frenzy. 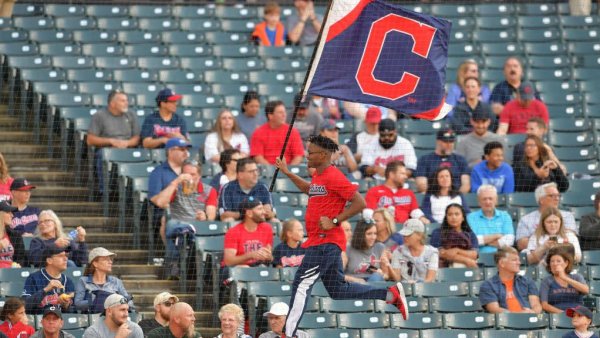 But passion alone wasn't enough to fuel the Flyers.

Philadelphia fans showed the wrong kind of spirit late in the game when they tossed wristbands used as part of a pregame lights show on the ice as Washington turned this one into a rout.

Flyers public address announcer Lou Nolan urged fans to "show some class" during the first wave of band tossing. He later told fans the Flyers would be hit with a penalty if they kept throwing the objects on the ice.

Sure enough, the wristbands kept coming, and the Flyers were hit with a bench minor for delay of game. Nolan said, "Way to go," and the fans cheered as if they were proud of the penalty.

The Flyers dedicated their postseason run to Snider, who died last week after a two-year battle with cancer.

The Flyers hanged a banner outside the arena with Snider's picture and the caption "A Flyer Forever." His silhouette was inside the Flyers logo for the customary playoff T-shirt giveaway, and some fans left flowers and cards at a makeshift memorial next to the team flag.

"EMS," the initials for Edward Malcolm Snider, were painted on the ice behind each net.

Lauren Hart, the team's longtime anthem singer, sang "God Bless America" with Snider's name and "67" on the back of her team jersey. The Flyers' first season was 1967-68. Hart's eyes watered and her hands were shaking throughout her performance.

Raffl knocked in the first shot of the game off Brandon Manning's attempt from the point and a packed arena went wild.

The Flyers had motivation, home ice and a bit of history on their side _ Washington had been 0-7 in Game 3s of best-of-seven playoff series when leading 2-0.

But this season's Capitals had the best record in the NHL and thoroughly outplayed the Flyers in the first two games. Once the crowd and the Flyers settled down, the Capitals got going and looked every bit as dominant as they had all season.

Marcus Johansson tied the game at 1-all in the first, beating a beleaguered Steve Mason for his first career postseason goal. Mason was back in net following his Game 2 gaffe that has been replayed on an endless loop in Philly _ Jason Chimera's 101-foot tip-in on a play that would have been icing had it not gone on net.

Mason had a pair of easy goals scored against him that hushed the Philly crowd.

Ovechkin bounced over the boards and snapped a long-distance wrist shot from above the circle past Mason. That gave Ovechkin 38 goals and 34 assists to match Dale Hunter for first on Washington's career playoff points list with 72.

Mason was befuddled again in the third. Justin Williams' shot off the boards settled near Mason, who pawed at the puck and it trickled away. Evgeny Kuznetsov pounced and pounded in the goal for a 3-1 lead on just 18 shots.

John Carlson, Ovechkin and Jay Beagle made it 6-1 with power-play goals in the third. The Capitals have eight in the series.

Claude Giroux, who led the Flyers with 67 points, has none this series.

Notes: Capitals D Brooks Orpik left in the second period with an undisclosed injury. Ryan White hit Orpik into the boards and he went down. Orpik needed help walking to the locker room. ... Washington had never led a series 3-0 in 35 best-of-seven playoff series.