Strasburg Brilliant in Triple A Debut

Jesus pitches in with his bat, too

Stephen Strasburg walked into the post-game interview room with a big ice pack on his right shoulder and another a few inches down on the elbow. Cool at last after a blazing start in Triple A.

"I'm just trying to get my feet wet," he said Friday night after notching a victory in his debut with the Syracuse Chiefs of the International League. "I've got six starts under my belt. I'm starting to get comfortable."

If one outing at this level can serve as a barometer, Strasburg will have a short stay in Syracuse.

The top pick in the 2009 draft by the Washington Nationals, Strasburg allowed just one hit and no runs in six innings. He threw 65 pitches, 45 for strikes, against the Gwinnett Braves, striking out six and walking one in facing 20 batters. 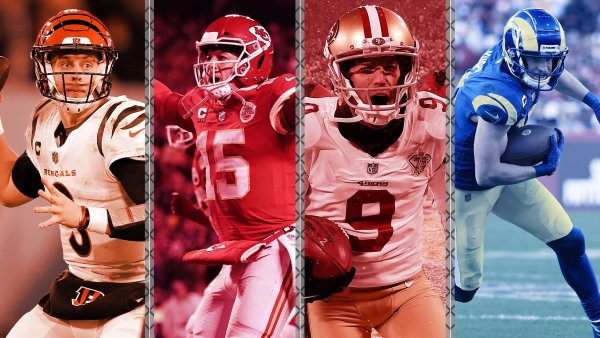 What to Expect From NFL's Championship Sunday Slate 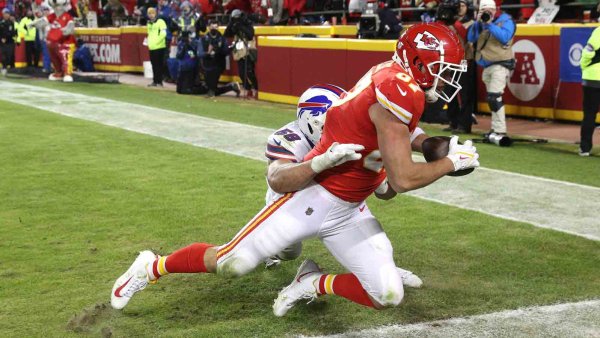 He also drove in two runs -- one with a single on the first pitch to him in the game and the other on a sacrifice -- and departed with a 3-0 lead. Pete Orr added a solo homer in the seventh and the Chiefs won 7-0.

Before moving to the top level of the minor leagues, Strasburg went 3-1 with a 1.64 ERA in five starts with Double-A Harrisburg. He struck out an Eastern League-high 27, allowed 13 hits, and walked six in 22 innings. He ranked first in the league in strikeout-to-walk ratio and strikeouts per nine innings.

His performance against the Braves lowered his earned-run average to 1.29 in six starts in the minors.

"I felt pretty good," Strasburg said. "I'm just trying to build on what I learned at Harrisburg, trying to do it up here."

Even in Strasburg's one defeat Sunday, the 21-year-old right-hander's stuff was stellar. It was no different on this night to the delight of the 13,766 hometown fans, a franchise record.

Strasburg breezed through the first inning, retiring the side in order on 16 pitches and striking out two. He retired the first batter, left-handed swinging Matt Young, on a groundout to second after starting with consecutive fastballs of 96, 97, and 98 mph.

Gregor Blanco, another lefty, faked a bunt on Strasburg's first offering, a 97 mph fastball. When the count reached 2-2, the sellout crowd began to chant and Strasburg responded with an 82 mph curve that Blanco took for a called third strike.

Strasburg mixed it up a little more against right-handed Brent Clevlen and struck him out swinging on a 97 mph fastball that clipped the inside corner. Of the 16 pitches he threw in the opening inning, only four were under 96 mph.

"He got everything working today. I just put my fingers down and he executed the pitch," Chiefs catcher Carlos Maldonado said. "He's unbelievable. He didn't shake me once. That was what was fun about it. I'm just glad that he's on my side. I don't have to face him. They got no chance after he's throwing 97, 98 mph fastballs and he drops that curveball."

Strasburg retired the side in order on six pitches in both the second and third innings, and when the Chiefs took the early lead, it was Strasburg who drove home the game's first run. After Seth Bynum doubled to left center, Strasburg singled up the middle off loser Ryne Reynoso for a 1-0 lead.

Strasburg took the mound in the third with a .375 batting average and two RBIs in just six games of pro ball, and his repertoire on the mound continued to impress.

The Braves finally reached Strasburg for a hit in the fourth when Blanco bounced a slow-rolling single up the middle. Strasburg responded by striking out Clevlen on a check swing on an 81 mph curve off the outside of the plate and getting Barbaro Canizares on a groundout to short.

"His stuff is obvious," Chiefs manager Trent Jewett said. "He has a phenomenal fastball and commands the other two pitches, has a changeup that most pitchers his age have never even heard of, don't know how to hold, don't know how to throw, don't understand it, don't know what it's designed to do.

"This guy, he's got those things, and he's just as good a person. There is no arrogance. He's a very impressive young man."

The Chiefs made it 3-0 in the bottom of the fourth, and Strasburg had a hand in that, too. Mike Morse doubled to center and Chase Lambin followed with an RBI double into the right-field corner. Lambin moved to third on a groundout by Bynum and Maldonado walked to put runners at the corners.

With the infield charging as Strasburg squared to bunt, he dropped a soft sacrifice down the third-base line and Lambin scored on a headfirst slide when the relay back home from first was too late.

Strasburg departed to a standing ovation after getting Blanco on another called third strike to end the sixth. This time, Blanco took an 81 mph curveball on a 3-2 pitch as Strasburg rallied after falling behind 3-0 on the count.

"He challenged me there and I was ready for it," Strasburg said. "I was going to throw it over the plate, if he hit it, he hit it. But luckily enough he was looking for something else."