Instead of the Hogs, or Dirtbags, or Salty Dogs, perhaps the Redskins should dub their offensive line "That '70s Show" as in that's the decade in which most of the heavy lifters were born. Chris Samuels, Jon Jansen, Randy Thomas, Casey Rabach ... the Skins were even thinking about bringing back Pete Kendall, who was alive way back when Richard Nixon was professing that he wasn't a crook.

Vinny Cerrato and Co. do have some promising young o-line talent on the roster (time to step up Stephon Heyer and Devin Clark), but with an insecure quarterback and an aging, injury prone running back, you'd think their protection would warrant more attention via the draft or not spending $100 million on Albert Haynesworth.

Instead, the Skins are gathering rag tag stop-gaps in bunches. Jeremy Bridges? Sure, he could help when he's not pointing guns at women in strip club parking lots or spraying Dom Perignon all over patrons at a restaurant bar the Saturday before a Monday Night Football game. Frank Davis? Please ... that dude had trouble making both the Lions and the Bungles. What about Mike Williams? Sure, if a guy pushing four hundo who hasn't played since '05 and is sitting out of mini-camp so he can get into shape is your cup of tea.

Experience is great. O-lines must have flawless communication and position themselves to protect the offense like it's second nature. But with today's quickness off the ends and ginormous linebackers with 4.4/40 speed, the purported smoothness of that fine red wine only amounts to spillage on a white carpet. 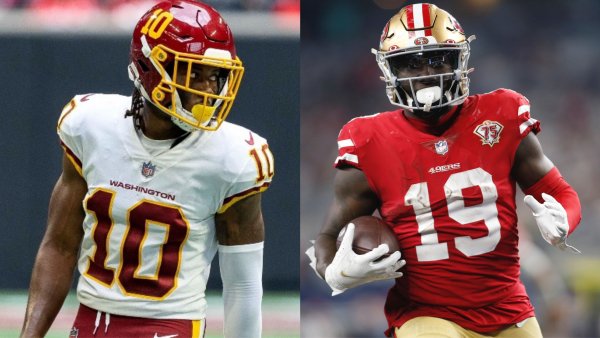 Bringing back Derrick Dockery helps, but the Redskins' failure to adequately address an area of high need is certainly baffling. But what's new with Danny Snyder's toy? The warriors in the trenches aren't glamorous enough for his pocketbook ... that is until he's ready to overpay for someone next off-season.