Call it a hunch. Call it a feeling. Call it wishful thinking. But Caps' coach Bruce Boudreau just knew Alex Semin was going to do something special Wednesday night in Game 1 of the Stanley Cup playoffs.

It was a long shot, really, since Semin hadn't scored a playoff goal in nearly two years.

But he was right. Semin ripped a wicked one-timer past Rangers' netminder Henrik Lundqvist 18:24 into overtime to end his long goal drought and give the Caps a 2-1 win and a 1-0 lead in the best-of-seven series. 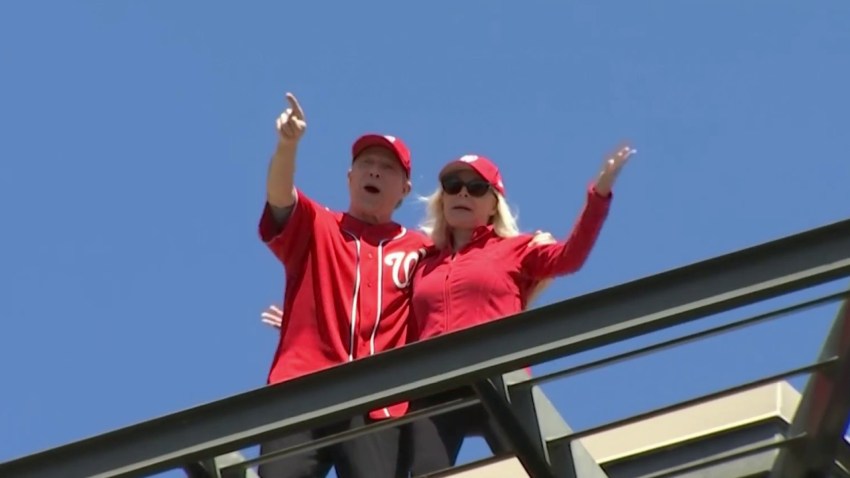 After the game, Boudreau explained his clairvoyance.

"You can tell, as a guy who has coached Alex for a long time now in this league, when he's on, when he's into it and when he's really good," Boudreau said. "I thought from the moment they dropped the puck, that he wants this. He knows that he hasn't scored in a while in the playoffs. To come in and get a goal and an assist ... it's a true tell of how bad you want it. I thought it was fitting that he scored the overtime goal."

Semin's goal was a direct result of a Marc Staal turnover in his own end. He tried to lift the puck out of the corner to the left of his net, only to have Jason Arnott pick it off. The vet quickly spotted Semin, who opened up for the one-timer in the slot and fed him a perfect pass that "Sasha" blew by Lundqvist.

Semin also picked up an assist on the game-tying goal with just over six minutes left in regulation, by doing some dirty work in the crease. Yes, that's right, the crafty winger who likes to stay to the outside stuck his nose in and helped Alex Ovechkin push the puck past Lundqvist for the equalizer.

His two-point night got that large ape off his shoulders. And it also meant he had to face the media afterward, which is something he rarely does, and doesn't look at all comfortable doing.

He used a translator to give his answers to the press in the Caps' locker room.

"I feel great, we won the game, that's the most important thing," he said, adding the following about his goal: "I just saw the puck get intercepted. It was a positional play. I tried to get open and shoot as soon as possible because the defenseman was right there."

He also knew that if he gave Lundqvist time, the great Swedish goalie probably would find a way to stop the puck. That's something he did all game, frustrating the Caps with great save after great save. Sure, he got some help from the pipes, but it all was just adding to the Lundqvist lure (remember the Halak curse of a year ago?) until Ovi's goal broke the seal.

"We couldn't get a nice goal on him, so we scored a junk goal," Semin said. Just pushed it in. That works."

The theater surrounding the video review was just a warm-up for overtime, as both tiring teams tried desperately to net the game-winner.

In the end, that job fell to Semin, who -- unlike in years' past -- was able to finally (finally!) cash in.

It was a big relief, not only for this night, but for a Caps' squad that knows it won't go far in the postseason without Sasha scoring these big goals.

"For our team, we're not getting anywhere without Alex Semin scoring," Boudreau said.

"We're all happy for Sasha, because last year he was a little bit upset he didn't score any goals," Ovechkin said. "Right now it's very important for him to step up and show his leadership."

And if he keeps scoring goals, he'll even have to talk to the media some more. But he assures us that won't be a problem.

"No, it's alright guys," he said via a translator at the end of his interview. "Don't worry."