Robert Griffin III Won't Play in Preseason “Unless It's a Necessity”

Robert Griffin III held his first media availability session of training camp Wednesday, one day before he and his Redskins teammates officially begin practice in Richmond.

Among the highlights: Griffin said that the team's plan is for him not to play at all during the preseason "unless it's a necessity."

"They want to make sure we're not doing anything too soon that we don't have to do," Griffin told reporters. "Let some of these other guys get ready for the preseason. If it comes around that I'm ready to go, then maybe in the third preseason game. But as far as my understanding goes, preseason's really not even in the air. ... I think Coach feels like I can play without any preseason, so there's no need really for that. Patience is the key." 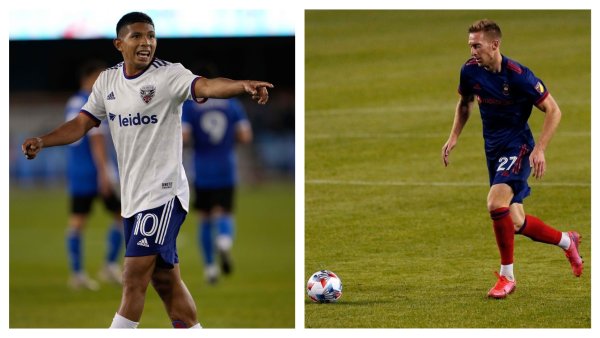 How to Watch D.C. United Vs. Chicago Fire

RGIII also said that he passed his conditioning test and furthered explained what he meant by coaches "easing" him into practices, noting that he will take part in walkthroughs and 7-on-7 drills, but not 11-on-11 team drills, at least not right away.

Some of the choice cuts from Griffin's presser:

On his relationship with Coach Mike Shanahan, who was criticized for how he handled Griffin's injured knee:

"I think we're on the same page. When we sat down and talked about what I was going to do in training camp and the weeks to follow, it was a good moment for me because of all the hard work had paid off. And they're going to allow me to get back out there and do what I do, and that's play football and just have fun with the guys.

"We all made mistakes last season. We all understand that. We all talked about it, and it's time to move on. ... Me and Mike Shanahan's relationship is paramount to this team being successful."