Whether necessary, merciful or out of frustration, the Redskins placed tight end Jordan Reed on the injured reserve list with a lingering hamstring injury. Linebacker Chris Carter (broken leg) and running back Byron Marshall (hamstring) also were placed on IR, running Washington’s total to a staggering 17 players on the season. Of all those names and battered bodies, Reed’s is the most significant.

The Pro Bowler last played two days before Halloween, though he left the Week 8 loss to Dallas with a hamstring injury. Watching Reed run past and swerve around defenders is a treat for fans. Good bet most feel like they were tricked over the last six-plus weeks waiting for his return.

He will ultimately miss the final nine games -- 10 overall -- and play in just six, finishing with 27 receptions. While injury-prone throughout his career, Reed’s previous low for games played in a single-season was nine. 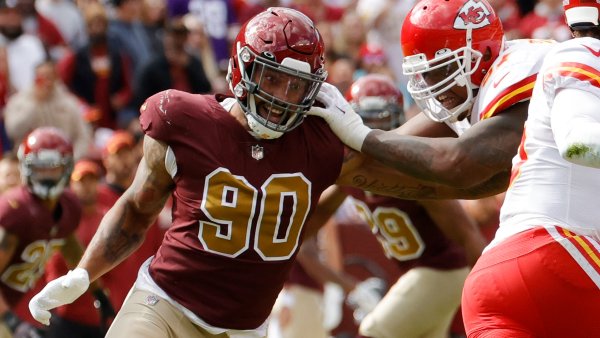 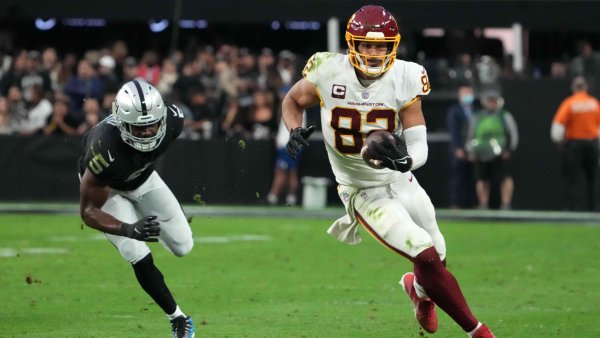 Head coach Jay Gruden admitted the constant uncertainty with Reed’s status from that point on hampered his ability to create that week’s game plan. The why is obvious: Other than quarterback Kirk Cousins, the Redskins were counting on their star tight end in the passing game above all.

When you decide to let veteran wide receivers Pierre Garcon and DeSean Jackson walk in free agency, you do so in part because you think the 6-foot-3 playmaking tight end is your pass-catching centerpiece.

Terrelle Pryor and Josh Doctson, the projected Garcon-Jackson replacements on the outside, had a combined one year of true NFL receiver experience entering 2017. They were hope and (possible upside) change. They weren’t proven. Also not proven? Reed’s ability to play a full NFL season. He still hasn’t. The Redskins (5-8) season went down in flames partly because they seemingly thought he would.

Even before this campaign began, Reed wasn’t right. He dealt with a toe injury during the summer and wasn’t ready for the start of training camp. When the games turned real, Reed rarely wowed. There were no games with more than 64 receiving yards. His only two touchdowns came in Week 7 against the Eagles. His season ended the next week.

The Redskins season didn’t end right there, but the decomposition began. Washington got by most of the season with running back Chris Thompson and tight end Vernon Davis serving as passing game playmakers. Then Thompson suffered a season-ending leg injury on Nov. 19. Then the 33-year-old Davis reverted to the mean. After finishing with at least 58 receiving yards in seven of eight games, he had 41 combined over the last three.

Just like other areas on the team dealing with injuries, the Redskins passing game held up until it couldn’t without a central figure that never truly showed up at a Pro Bowl level at all. Assuming Reed and his hefty contract return next season, it’s hard imagining the organization trusting his weekly availability when building their offseason plan.

Many have assumed since September Cravens was no longer in Washington’s plans. That’s when the Redskins placed their 2016 second-round pick on the “Reserve/Left squad” list after Cravens did just that moments before the season kicked off. The 22-year-old texted teammates about possibly retiring. Washington’s procedural move gave Cravens the entire season to ponder. It also eliminated his paycheck.

Tuesday brought news via a statement from Cravens’ agent, Fadde Mikhail, that the safety "has received medical clearance to resume all football activities" after dealing with "Post Concussion Syndrome." Great news -– and completely weird seeing as there was no concussion talk at the time of Cravens’ exit. If hurt, he should be with those 17 other players on IR.

Is this some ploy by the agent to possibly get back some/all of Cravens’ 2017 salary or prevent the Redskins from seeking a chunk of the $1.4 million signing bonus given in 2016? Did the organization know about the concussion issue and pretend otherwise?

The situation is bizarre and yet, for those who have followed the Redskins over the past 20 years, not so much. What we know for sure is Washington’s defense played without a promising talent it hoped would help bolster the secondary. The Redskins had strong-to-moderate success with other safety options though rookie Montae Nicholson battled injuries.

That’s not the point. Like Reed, the Redskins planned on having Cravens. Then they didn’t. They planned on returning to the playoffs. They won’t. Will they rely on either for 2018? We’ll see. Uncertainty is the buzzword entering the offseason. Those that have followed the Redskins over the last 20 years know just how reliable that reality is.