The eternal pessimist might call the Redskins 22-21 win over the Arizona Cardinals a reality check.

Washington squandered its first two possessions of the game, turning the ball over twice in Cardinals territory. They went 2-7 in the red zone on the day and gave up a 73-yard touchdown pass to Larry Fitzgerald that put Arizona up 21-13 with 10 minutes to play.

If not for a gutsy fourth-down touchdown grab by Santana Moss and a last-minute field goal by embattled kicker Graham Gano, the Redskins could be 1-1 instead of 2-0. 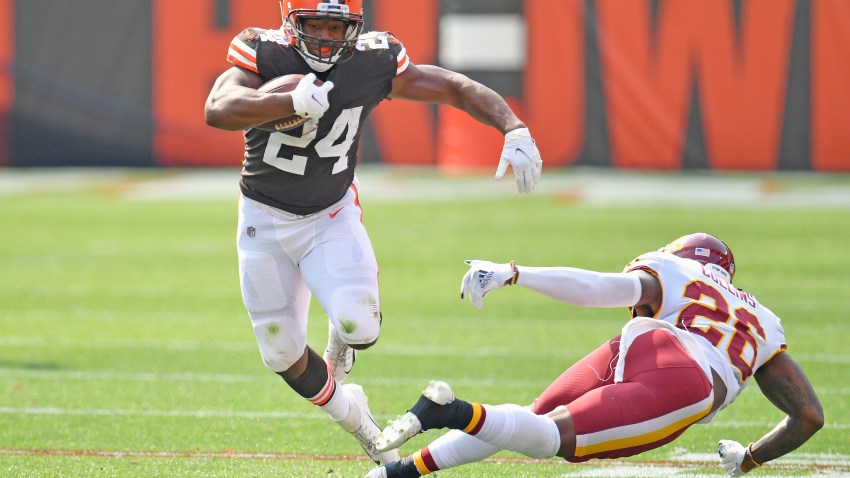 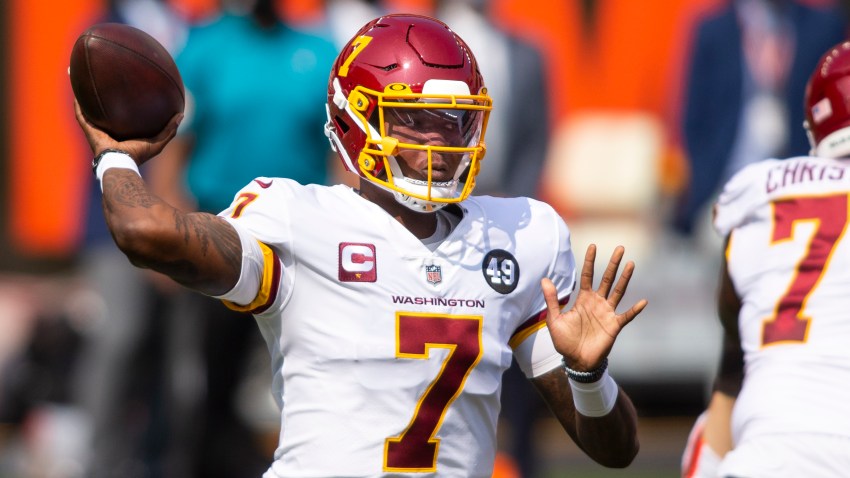 3 Instant Overreactions: Is It Time to Bench Dwayne Haskins?

But the optimist looks at the rally led by Rex Grossman and the defense forcing a fumble on the Cardinals final possession and takes solace in the resolve shown by a team so used to disappointing finishes.

“Whether we got the win or not there was a belief in guys,” said Reed Doughty, who recovered the fumble to seal the victory. “[It was] not ‘Here we go again.’ [Instead] it’s ‘We’re going to get this,’ and it worked out.”

Either way you look at it, the writing is on the wall. The Redskins will fly into Dallas with a 2-0 record for a meaningful Monday Nighter against the hated Cowboys, and with the Cardinals in the rear-view mirror, that’s all that matters.

“I think [the win] shows that this team believes in itself and believes that we are going to make big plays at the end of the game to win,” Grossman said. “You can just feel it. You are going to have adversity throughout the year, and in the NFL it’s how you handle it. I think we handled it well today.”

Grossman didn’t have the day he did last Sunday, but with the game on the line, he delivered a perfect 18-yard strike to Moss on fourth-and-3. However after a failed two-point conversion left the Redskins in a 21-19 hole, Grossman had to put together one more scoring drive to get the win.

Eight plays and 48 yards later, Gano redeemed himself from what had been an awful start to the season as his 34-yard field goal proved to be the deciding score.

“Everybody kind of wanted to throw me under the bus after that first miss [against New York],” he said. “So just to have that opportunity is great. To win, that’s all you want.”

For Gano it was his fourth game-winning field goal as a Redskin and it couldn’t have been bigger. The Redskins were riding a wave of confidence into Sunday’s game and had the missed opportunities early led to a loss, it might have swiftly put an end to their feel-good start.

“When you have 250-260 yards in the first half, you are doing a lot of good things, but when you lack the pull in the red zone, that’s not good enough,” coach Mike Shanahan told reporters.

“I thought we did a good job hanging in there. We showed a lot of character to have a chance to do that, keep our poise and still find a way to win,” he added.

The locker room was full of jubilant players following the game, but no one was as ecstatic – or defiant – as Moss, who has been with the Redskins since 2005 and witnessed his fair share of losing.

But those years haven’t taken away his desire to see Washington return to prominence. He’s been the ultimate team player on squads full of me-first players, but that dynamic no longer exists.

“I sit at home in the offseason and we don’t get no respect as players because of our team, Moss said. "I think everything is considered as a team, so when you have a couple of good guys here and there, they don’t get that recognition because your team isn’t winning.

“So in order for us to be the guys that we are every Sunday – because we got a lot of them that go out there and play their hearts out – we have to win as a team and I think this year we’re going to do that."

Glass half-empty or glass half-full, that’s something everyone can appreciate.