The face was different, the words familiar. Like Mike Shanahan and nearly every recent Washington Redskins coach, Jay Gruden is anxious to declare an end to franchise's days of dysfunction.

“I don't know what happened last year,” Gruden said. “I know that interviewing with Dan Snyder and Bruce Allen and everybody here that the passion for excellence is there. All they want to do is win, and they're going to provide me with every avenue to win.”

Gruden was introduced Thursday as the man charged with ending the perpetual state of turmoil the team has endured under owner Snyder and recently under general manager Allen. 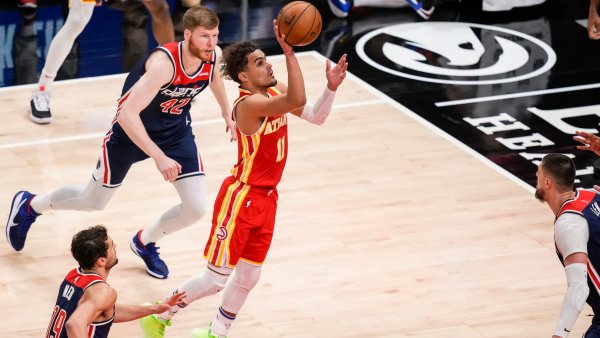 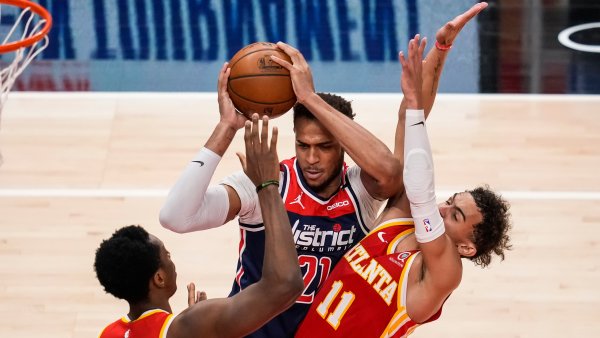 Gruden was a given a five-year contact for his first NFL head coaching gig, taking over a 3-13 team that has finished last in the NFC East in five of the past six seasons.

“We have to get it right,” said Allen, who led the search and interviewed six candidates. “We need to get the franchise back on track in a winning direction. ... We were looking for a new leader, somebody who can inspire our football team. We knew it was more than just X and Os, it was about finding the right person to build a team chemistry that we needed.”

Shanahan was fired last week after a season that ended with eight consecutive losses. The Redskins finished last in the NFC East during three of Shanahan's four seasons in Washington, a time marked by discord among ownership, quarterback and coach. Toward the end of the season, the off-field battles between Shanahan, owner Dan Snyder and Griffin exploded publicly, bursting into press conferences and lengthy newspaper articles.

ESPN reported that Shanahan, tired of the special treatment Snyder gave Griffin, wanted to quit after last season but decided the timing was wrong after Griffin injured his knee in a playoff game against Seattle. Some believe Shanahan leaked that story because he wanted Snyder to fire him. And some suspect Shanahan wanted out because the team wanted to get rid of his son, Kyle Shanahan, as offensive coordinator.

Gruden is Snyder's eighth coach in 16 seasons as an NFL owner. Unlike Shanahan, who was fired last week, Gruden will not have final say over all football matters. He'll report to Allen, who has taken charge of assembling the roster and other personnel decisions.

Snyder attended the news conference but did not speak to reporters.

The 46-year-old Gruden has spent the last three seasons as the offensive coordinator of the Cincinnati Bengals, where his skill in helping to develop Andy Dalton will no doubt be of use when he takes on the task of grooming another young franchise quarterback, Robert Griffin III.

Gruden praised the talents of Griffin and spoke of the need to build a “genuine” trust with the quarterback, who regressed this season after winning the AP's Offensive Rookie of the Year award in 2012. Griffin returned from major knee surgery to start 13 games, but he publicly disagreed with some of Shanahan's decisions, struggled as a drop-back passer and was benched for the final three weeks.

“I see every trait that a quarterback has to have to be successful, I see Robert having all of those,” Gruden said. “So why wouldn't you want to coach a guy like that? ... I'm going to let him know that I'm a trustworthy guy. He's also got to understand that I expect a lot from the starting quarterback. I expect him to come in and prepare and work hard, and I expect him to take the blame on some throws. I expect him to be a great leader.”

Griffin limited his comments to a quick post on his Facebook page: “Excited about the hiring of Coach Jay Gruden. Can't wait to get to work with him & the guys!”

Gruden said he will call the plays himself and that he has yet to decide which members of Shanahan's staff to retain. It seems a safe bet, however, that some combination of defensive coordinator Jim Haslett, defensive backs coach Raheem Morris and tight ends coach Sean McVay has a good chance of sticking around, based on the trio's previous relationship with the new coach. Gruden also said he's a fan of the 3-4 defense that Haslett has used the past four years.

“I know there's a lot of coaches here who can coach,” Gruden said.

Gruden has been largely overshadowed by his more famous brother, Jon Gruden, who won a Super Bowl with the Tampa Bay Buccaneers and is now an analyst on “Monday Night Football.” But Jay Gruden has been a name on the rise based on his success with Dalton and the Bengals' offense.

Jay Gruden interviewed for multiple head coaching openings last year and had drawn interest from at least three other teams seeking to fill a head coaching vacancy this year. He interviewed with the Tennessee Titans on Tuesday. On Wednesday, he became the last of six candidates to meet with Allen, ending a 10-day search.

The Redskins had to wait until the Bengals played their first-round playoff game before Gruden could be courted. It took a bad day from Gruden and Dalton -- scoring only 10 points in a home loss to the San Diego Chargers -- to make Gruden free to be hired this week.

“I told him it worked out well that Cincinnati lost,” Allen said. “He still doesn't understand that.”

Gruden said his ties within the Washington organization played a “big role” in his decision. He was an assistant coach with Tampa Bay from 2002-08, where he worked at various times with Allen, Morris and McVay. Gruden also coached under Haslett with the UFL's Florida Tuskers in 2009.

There's no question Gruden has paid his dues. He was a quarterback in the long-defunct World League of American Football, then went to the Arena Football League and began a playing and coaching career that was so successful it landed him in the AFL Hall of Fame in 1999.

He's been a head coach both the AFL and UFL, including two stints with the AFL's Orlando Predators. In 2010, after Haslett left for the Redskins, Gruden was head coach and general manager of the Tuskers and led them to the UFL championship game.