ASHBURN, Va. -- A good way to get a Washington Redskins player to clam up is to ask about Vinny Cerrato.
Fullback Mike Sellers put his hands up and kept walking. Tackle Chris Samuels, who has been with the team for nine seasons, politely shook his hand and said he didn't have much to say. Several other veterans had similar reactions when asked about the person atop the Redskins' front office.
And this was in late October -- when the Redskins were 6-2 and compliments for anyone and everyone were a dime a dozen on a team seemingly assured of a playoff berth.
There were some veterans who did have plenty to say about the team's executive vice president of football operations, but they would not do so publicly because it's never a good idea to criticize the boss on the record. Former Redskins, however, can speak more freely. 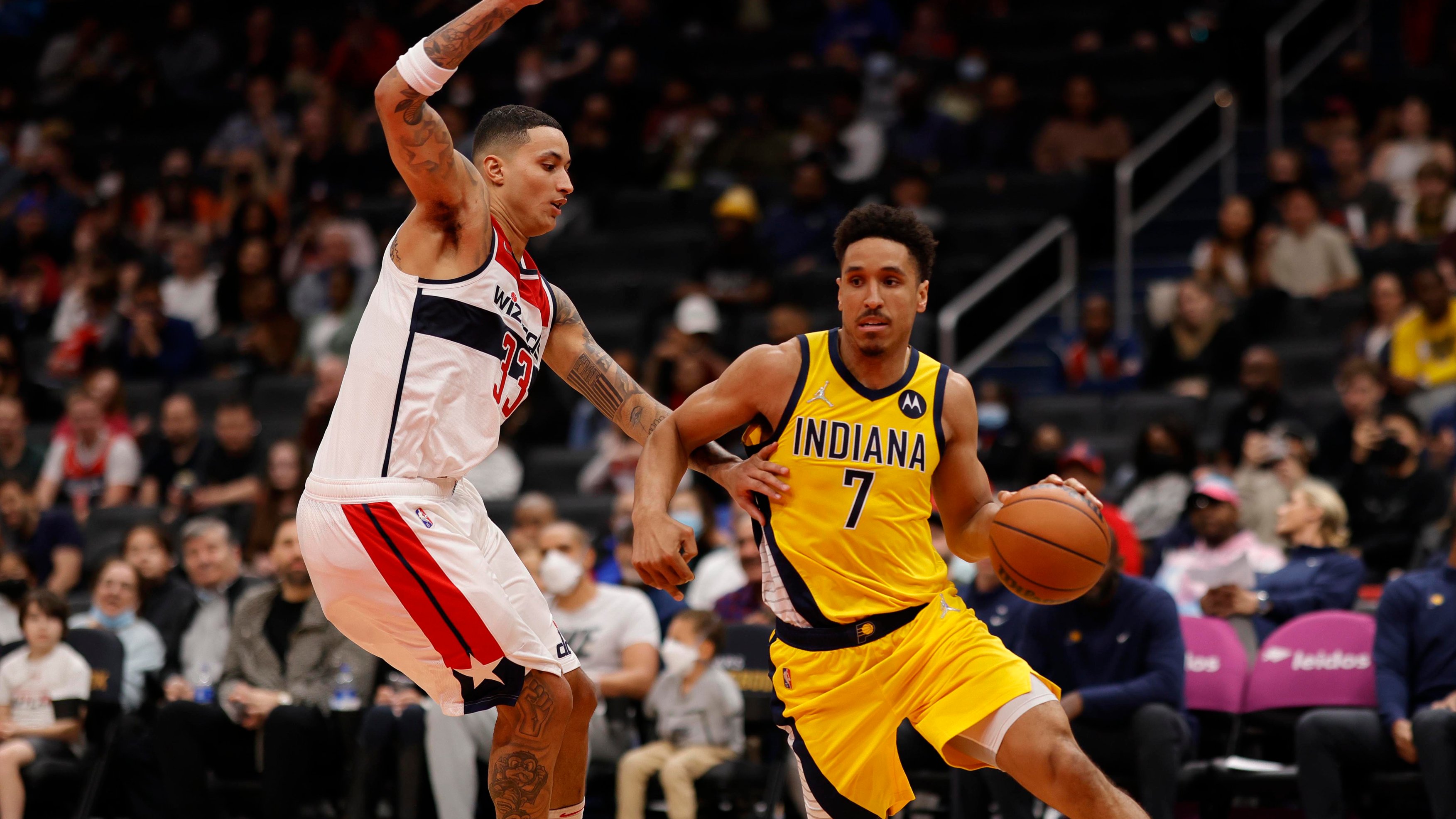 Celtics May Have Found Perfect Fit by Trading for Malcolm Brogdon 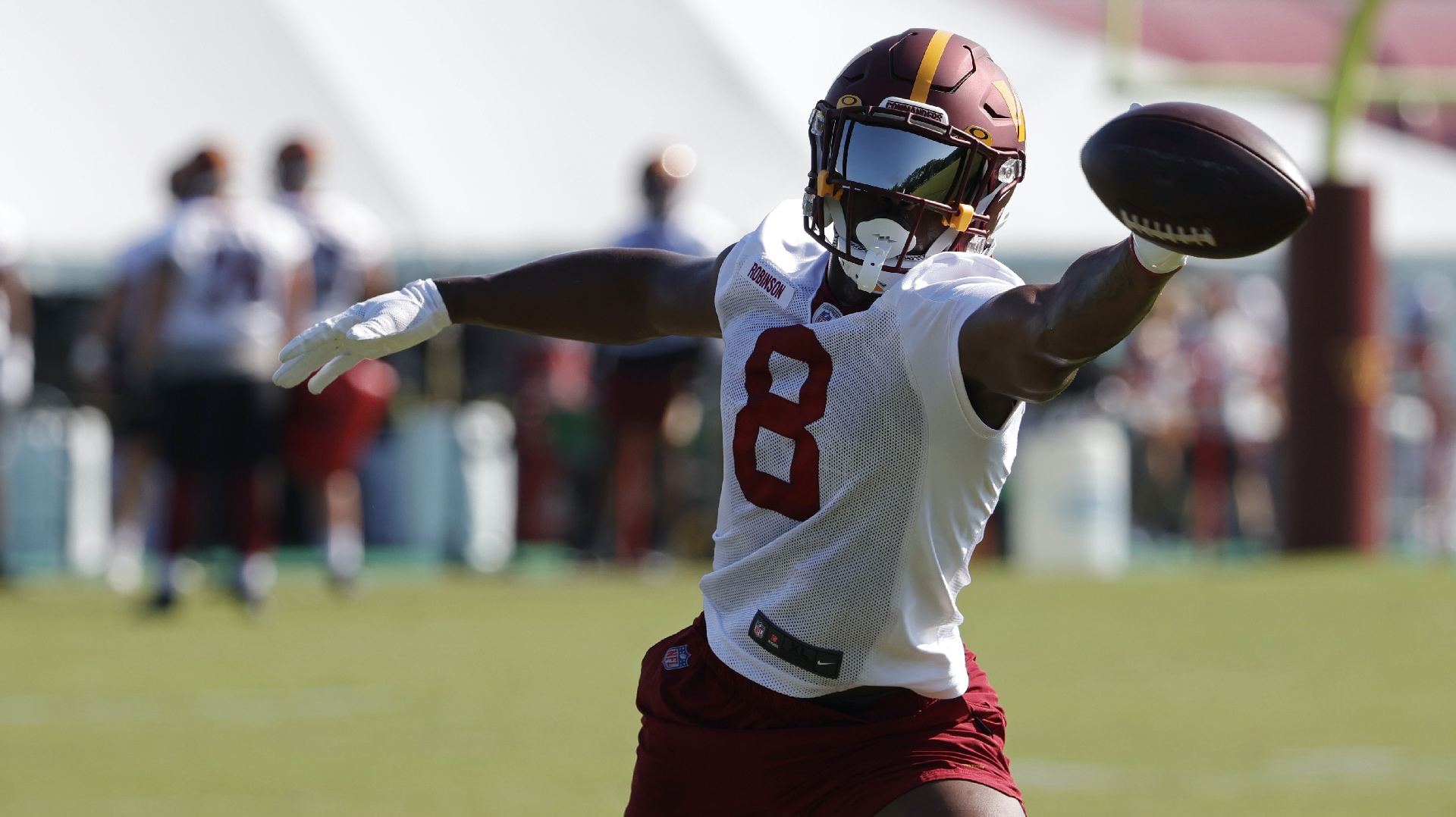 "When his name comes up, usually it's not followed by compliments," said Brendan Noble, a retired defensive lineman who played in Washington from 2003-05. "In talking to players who have been around the league and just in general -- fans -- it's not just the players. People don't have a good image of him."
Cerrato gave his end-of-season news conference Wednesday, three days after the Redskins completed an 8-8 season under first-year coach Jim Zorn. There were no big announcements -- there are weeks of evaluation to do before deciding on a course for free agency, the draft and roster cuts -- but he readily accepted his share of responsibility for the non-playoff season: "I can't stand here and say we did enough."
Afterward, the man everyone loves to pick on -- on blogs, talk shows and even on homemade signs in the stands at the Redskins stadium -- retreated to the more relaxed setting of his office and was asked the question: Why are your approval ratings so low?
"I don't know why I don't have good press," Cerrato said. "You know, what bothers me more is wins and losses. That kind of controls all. I don't go ask people, 'Do you like what I'm doing or not like what I'm doing?' I just try to do the right thing. Have I made mistakes? Absolutely, I've made mistakes. I always try and learn from every mistake made so I don't make it again."
Critics say that Cerrato is simply a yes-man for owner Dan Snyder, who made Cerrato one of his first hires after purchasing the team in 1999. They point to the fact that Cerrato didn't get work with any of the other 31 teams after he was fired by coach Marty Schottenheimer in 2001, and that Snyder brought him back after firing Schottenheimer a year later. They cite many dubious player moves over the decade, although many of those bore the direct fingerprints of Snyder or of Joe Gibbs -- the coach and team president from 2004-07 -- more so than Cerrato.
Gibbs is now gone, so this was the first year that Cerrato was been put in charge of the whole store, so to speak, with a new title and greater profile.
So how did he do?
Cerrato opted not to be active in free agency and had mixed results with his 10 draft picks. Second-rounders Devin Thomas, Fred Davis and Malcolm Kelly had very disappointing rookie seasons, although it's always dangerous to evaluate a draft class after one year.
Trades for Jason Taylor and Erasmus James failed to pay expected dividends, while sixth-round pick Chris Horton (10 starts at safety) and midseason waiver pickup DeAngelo Hall (two interceptions in seven games) were the best moves of 2008. Cerrato took a major blow to his credibility in July when he denied having trade talks with Miami for Taylor -- when in fact the two sides were in the final stages of closing the deal.
Other comments are just plain head-scratchers. On Wednesday, for example, he went out of his way to emphasize the need to examine why the Redskins went only 4-4 at home. Most observers would say the answer is obvious: Field a better team, and it'll win more games no matter where they are played.
The year ends with serious concerns about aging offensive and defensive lines that need to be rebuilt, as well as crucial decisions to be made at linebacker and cornerback. Cerrato has some tough choices to make, especially concerning which veterans to jettison. He'll have a better idea where he's headed after the full, every-player-will-be-scrutinized meeting among coaches, scouts, trainers and front office personnel on Jan. 15.
"Eight-and-8 is not where you want to be," Cerrato said. "What do you have to do to improve? How do we get better?"
The fancy title doesn't mean Cerrato has full autonomy. All of the big decisions must pass muster with Snyder, who as owner retains the ultimate say-so.
"We take to him everything that involves money because it's his money, absolutely," Cerrato said. "And when we're drafting, and you're picking high, he wants to see who he's going to pay, so to me that's totally fine. But he lets everybody do their job. And he likes the recruiting part, too, which is a big plus for us because the buck stops with the owner."
As far as Cerrato's popularity, popular wisdom says that the winning solves everything. If the Redskins go 12-4 next season and venture deep into the playoffs, he'll be among the beloved in Washington, right?
Well, maybe not. According to Cerrato, his experiences in San Francisco 49ers front office in the 1990s and as a recruiting coordinator at Notre Dame in the 1980s suggest otherwise.
"People didn't like me when I was at Notre Dame, either, and that was all the people you played against," Cerrato said. "When I was in San Francisco, they didn't like me because I was too young being the personnel director of a Super Bowl team. It's been my whole career."
Copyright AP - Associated Press