How broken sticks are breaking trust in referees

NHL referees make two types of penalty calls in any given game: ones based on subjective judgment and ones based on obvious physical evidence that, rightly or wrongly, will provide a reasonable alibi for their actions.

Washington Capitals Coach Bruce Boudreau saw his team take five slashing penalties in its semifinals loss to the Pittsburgh Penguins, including one that led to the first goal of their Game 7 rout. He said last week that it's time for the NHL to reconsider its standards for what automatically constitutes a minor penalty for slashing. 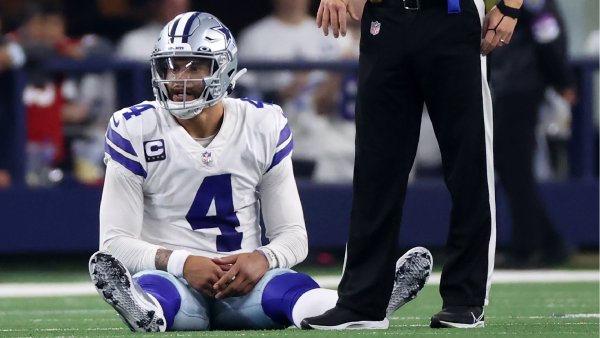 "There's three or four penalties that referees call all the time because it takes the judgment out. The slash on the broken stick is one of them ... the shooting over the glass, the hook on the hands, no matter how slight. Those are penalties that, if refs see it, they know they can put up their hand up and can't get called on it," he said.

"I would like to see some sort of variation of letting the refs have some judgment on how hard the slashes are. Some of these sticks can break if you breathe on them. Some you can use a sledge hammer on them. So I wish the refs didn't have the automatic judgment of 'if it breaks of if he knocks it out of [the other player's] hands' then it's a penalty. But that's not for me to answer; that's for Stephen Walkom to decide."

Walkom is the vice president and director of officiating for the National Hockey League, and the message to his officials is becoming clear: Sticks have changed and so should your standards of enforcement.

The composite stick, which has been called "the biggest innovation in hockey technology of the last 20 years," is at the core of this argument. The lightweight sticks have revolutionized the game throughout every level; but their durability is part of the issue here.

The fire's been burning on this situation for at least the last two seasons, as Ryan Dixon of The Hockey News noticed the trend back in 2007:

Usually when there's a bone to pick with a penalty call it has more to do with the referee's judgment than the validity of the rule, but there's an inconsistency in slashing calls around the league that is driving me crazy.

As it is now, when a player whacks another player's stick, if the "victim's" stick breaks, it's a penalty. If it doesn't, play on, boys.

And that's what makes these penalties so maddening. You don't have to wonder if someone was just "ready to bleed" when clipped with a high stick. You don't have to wonder if a player's legs were "ready to explode" when he was dragged down in the middle of the ice. But when it comes to slashes, these sticks are like popping a soap bubble with your finger: a gentle nudge for one is an explosion for another.

Now, the argument could be made that "a slash is a slash" and thus would be called regardless of a stick breaking. Which of course is bestowing a level of fairness and consistency that knows no home amongst NHL officials.

But the argument could also be made that these sticks are becoming an increasing nuisance; Bill Duke of the Strathmore Standard believes that goes for what happens on the ice and in this economy:

Scoring chance after scoring chance is being squandered by shattered Eastons. And how many slashing penalties have been called for the sole reason that the victim's stick broke in half from a love tap on the shaft by the perpetrator?

The litany of broken sticks got me thinking about the astronomical expense hockey sticks must be to an NHL team.  Think about it: there are 20 players dressed for each game. I would venture a guess that at least five break a stick at some point each contest. Let's say that two or three more are broken in practice.

So for each game, NHL teams are going through 28 sticks. That's probably a conservative estimate, but bear with me. These new-fangled sticks go for anywhere from $100-$280 a pop. I'll assume that NHL players use the high-end stuff, and I will also assume that teams get a discount for buying them in bulk.

We'll leave the argument about the economic and competitive benefits/drawbacks of composite sticks to the gear-heads in the readership, because that debate can rise to the level of "aluminum bats are teh DEVIL!!1!" rants from seamheads.

Our concern is with the fact that this generation of sticks is leading to some rather questionable calls from officials, for the simple facts that they break with more frequency and that most referees are praying for that kind of blatant physical evidence in order to make an easy call to ignore the more difficult ones.

This isn't to say that the slashes weren't otherwise legit calls; just that referees need to stop using shattered lumber composite by the slasher or his victim as justification for an automatic penalty.