Wizards Outworked From Start to Finish in Blowout Loss to Pelicans

The Washington Wizards lost to the Pelicans 127-102 in New Orleans on Wednesday night. Here are five observations from what went down... 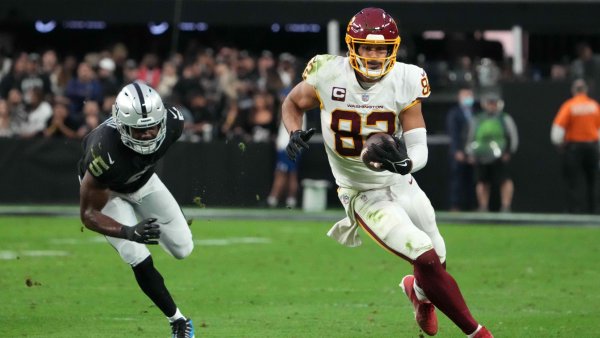 It's commonly said after really ugly and poorly-played games that the team should burn the tape. For the Wizards' loss to the Pelicans on Wednesday night, that wouldn't be enough.

Maybe they could burn it first, then collect the ashes, put them in a canister and sink it to the bottom of the ocean. Or fire it into space. Whatever they do, they need to find a way to put this one behind them because they now have an off-day on Thanksgiving fresh off their worst loss of the season so far.

The Wizards for much of this season have been able to sustain a competitive level from game to game, no matter the opponent and no matter their own circumstances. But in this loss, they got blasted by one of the worst teams in the league that is missing their best player, Zion Williamson. From what we have seen so far from head coach Wes Unseld Jr.'s Wizards, it was out of character.

The good news is it was only one loss. It was just the start of a four-game road trip, meaning they have three more games to regain some momentum before they return home.

The Wizards have now lost four of their last five games. Though they are still a solid 11-7 on the year, they badly need a win to make sure this doesn't get out of hand.

The Wizards yet again had big problems protecting the ball. This game got out of hand early in large part because they had 10 turnovers in the first 18 minutes. By halftime, they had 13 turnovers and by the end of the game, they had 19. The Pelicans turned those into 24 points on the other end.

New Orleans is 28th in the NBA in forcing turnovers and their defense wasn't exactly responsible for all of them. The Wizards just weren't sharp and over and over made unforced errors. There were a lot of errant passes and lost dribbles. Unfortunately, it wasn't just isolated to this game. It was the fourth straight game the Wizards have had 17 turnovers or more. It's hard to win like that.

The Wizards got Davis Bertans back from a three-week absence due to a left ankle sprain and, given they have struggled so badly at shooting threes this season, there is reason to believe he can help. Bertans was taking threes on Wednesday, he just wasn't making them.

Bertans went 1-for-9 from long range, topping out at three points in 19 minutes. He went 1-for-7 from deep in the first half, as the Wizards created some good looks for him, they just weren't falling. Bertans also had a terribly ill-advised moment at the end of the third quarter when he fouled Josh Hart for a four-point play as Hart launched a running half-court shot at the buzzer.

It wasn't a great return for the 'Latvian Laser,' but it was just his first game back. Certainly, they will hope for better from him moving forward.

Threes were still a problem

Bertans didn't shoot well from long range and neither did his teammates. The Wizards as a team went 7-for-31 (22.6%) from the perimeter, including 3-for-16 in the first half. It has been a far too common story for them this season as, despite targeting shooting in the summer, they remain one of the worst three-point shooting teams in the league.

In addition to Bertans, others struggled like Bradley Beal (23 points) who shot 0-for-4 from three and Spencer Dinwiddie (11 points) who went 1-for-5. There is still reason to believe they can improve as a team just by guys moving closer to their career averages, it just has taken quite a while for that to happen. If it doesn't, certainly three-point shooting will be a need entering the trade deadline in March.

After starting the season with trouble limiting points in the paint, and Unseld Jr. lamenting those issues, the Wizards showed some improvement and along the way stood up to some unique challenges in that regard. But on Wednesday night, they had no answer for Pelicans big man Jonas Valanciunas.

Valanciunas dominated the Wizards' frontcourt en route to 21 points and 11 rebounds. He helped New Orleans build a 24-point lead in the first half with 17 points and nine boards in his first 14 minutes. The Wizards had major trouble matching up with his size, at 7-feet and 265 pounds, with no one on their team taller than 6-foot-10.

Brandon Ingram was also a force with 26 points on 9-for-15 shooting. In the first meeting between these teams, Deni Avdija was able to slow him down in the second half as the Wizards came back. But nobody had much luck against Ingram tonight.