The Washington Wizards beat the New Orleans Pelicans 105-100 at Capital One Arena on Monday night. Here are five observations from what went down. 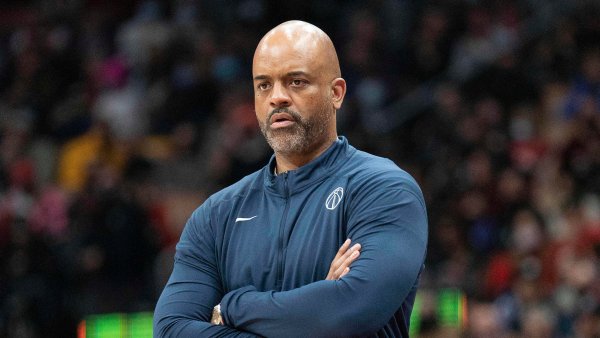 Wes Unseld Jr. Feels the Urgency From His Players, Wants Wizards to Refocus

Earlier this season, the Wizards pulled off their best start to a season since now-head coach Wes Unseld Jr. was an assistant with the team. On Monday, he accomplished something not seen since his father was with the organization.

It also tied the second-best start in franchise history with 1968-69 when they also went 10-3. Both of those teams featured Wes Unseld Sr. in the heyday of his legendary playing career.

Apparently, in order for the Washington franchise to win, they need an Unseld to lead the way. The dots keep connecting in ways that are almost eery. They happened to be wearing their throwback-style City Edition uniforms on Monday, which included Unseld Sr.'s signature and harken back to their glory years when he was dominating the paint.

The Wizards outscored the Pelicans 64-42 in the second half after being down 17 at halftime. They have now won five straight.

The Wizards played possibly their worst quarter of the season so far in the second quarter on Monday night. They scored only 16 points, their lowest output in a single quarter of the year so far. They began the frame tied at 25-25 and were at one point down 19 points at 58-39, meaning the Pelicans went on a 33-14 run.

The Wizards have only trailed by more than that in one game this season and that was to the Brooklyn Nets. The Nets are really good, though. In the second quarter, the Wizards shot just 5-for-22 overall and 0-for-6 from three. They had one assist and were outrebounded 16-9. You can only imagine what halftime was like after that. Whatever was said, though, it worked.

Spencer Dinwiddie put the Wizards on his back in the third quarter to get them back in it. They were down 17 points at halftime, but then went on a 20-8 run to cut it all the way down to five. He led the way with 14 points and four assists in the quarter. He shot 4-for-7 overall and 3-for-4 from three.

The Wizards outscored the Pelicans 32-22 in the quarter, as Montrezl Harrell added seven 15 points in total, his 13th time reaching double-figures in 13 games this season. It was another reminder that the Wizards' defense and depth make it so they don't need many guys to have the hot hand. If they can keep the score low, someone is bound to get going as they have too many proven veterans and too much talent for everyone to be off all at once.

Coming off a game in Orlando in which they hit 12 threes, and given the fact they were playing the Pelicans who allow the third-highest three-point percentage in the league, it seemed like the Wizards had a good chance for another good shooting night. But that was not the case at all, as the Wizards shot 10-for-28 from long range, but were 2-for-14 in the first half.

Dinwiddie (27 points) and Kentavious Caldwell-Pope (18 points) each shot 4-for-8 from deep. The rest of the team went 2-for-12. Kyle Kuzma went 2-for-7 from long range, but both of his threes came in the fourth quarter. he had eight points and eight rebounds.

This was the second straight game the Wizards played without Bradley Beal and their third of the season so far. They won the first two games without him, but were not as fortunate against New Orleans. Beal, though, is about to come back.

Unseld Jr. said before the game Beal will be on the upcoming road trip to Charlotte and then Miami and is expected to play on Wednesday. The Hornets and Heat both have winning records and currently hold top-8 seeds in the East, so they could use Beal for sure.