In his first-ever game as an NBA head coach, Wes Unseld Jr. guided the Wizards to a statement victory over the Toronto Raptors in his debut at the helm of the Wizards. A 98-83 showcase on both ends of the floor started the squad off on the right foot as the team’s veterans look to mesh well with new arrivals.

But believe it or not, Unseld Jr. is now the fifth Wizards’ head coach out of the last six to win their first game in the driver's seat of the team. For some previous coaches, an inaugural win has been a good indicator of season-long success. For others, it’s meant quite the opposite. 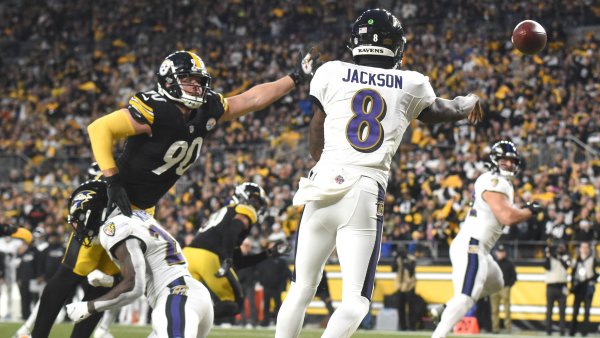 Ravens Lose to Steelers by 1 After Failed 2-Point Conversion 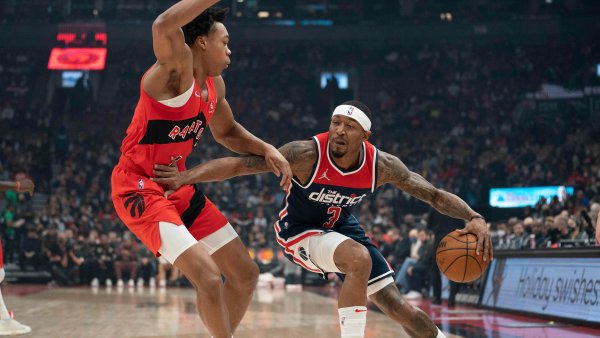 Wizards Dig Themselves in Early Hole Vs. Raptors, Blown Out in Second Straight

Here are the past six debuts of Wizards’ head coaches, ranked:

Tapscott was thrust into the leading man role mid-season after Washington’s previous head coach, Eddie Jordan, started the 2008-09 campaign with a 1-10 record. Before his first game coaching the Wizards, his previous game as a head coach was in 1993 with his daughter’s youth team. Funny how that works.

Washington tallied season-highs in points, rebounds, assists, and forced turnovers in the win over Golden State. Caron Butler led the way with 35 points. But Wizards fans’ glee would be short-lived: they’d end the season with a 19-63 record and not come close to a playoff berth.

Jordan took over from Doug Collins to start the 2003-04 NBA season and would lead the Wizards to some of their best seasons of the 21st century over the next five years. He started his tenure off with a bang, beating the hometown Chicago Bulls by 25.

The son of one of the best players in franchise history had a lot to live up to in the hearts of Wizards fans. He delivered, and then some, in his first game as head coach. Washington had a completely revamped roster to start the 2021-22 campaign following the Russell Westbrook trade and some of their new faces proved to be the best players on the floor on opening night.

Montrezl Harrell led the newcomers with 22 points, nine rebounds and a block in a tenacious performance. Kyle Kuzma nabbed some crucial rebounds and Spencer Dinwiddie orchestrated the offense for Washington. While the rest of the season could go in any direction, an opening night win is a great start.

Wittman stepped into the head coaching spot after the late Flip Saunders started the 2011-12 season off with a 2-15 start. Wittman would coach the team for the next four years, overseeing the blossoming of John Wall and Bradley Beal into superstars.

A 17-point victory in your first game does a lot for a coach’s likeability. Wittman coached Washington to the win over the Bobcats (now the Hornets), as Nick Young poured on 20 points.

The Wizards would finish the lockout-shortened season at 20-46, missing the postseason. But, Washington would make the playoffs in two of Wittman’s next three years in charge.

Saunders was hired over the 2009 offseason to man the team after the Jordan/Tapscott season. Washington would go 26-56 in his first season, despite a stellar first game in Dallas.

Gilbert Arenas would kick off his awesome 2009-10 campaign with 29 points and nine assists in the win. That was the same year Shawn Marion arrived on the Mavericks, as he would add 16 points and seven rebounds in the loss.

Oddly enough, Brooks is the only coach on this list to lose his first game in charge of the Wizards. Even stranger, he’s also the only one to make the playoffs in his first season as head coach. Markieff Morris scored a team-high 22 points in Brooks’ first game in D.C.

That 2016-17 season has been Washington’s best season over the last five years. Though they would lose in the Eastern Conference semifinals to Boston in seven games, they’ve been aching to return to those heights over the course of Brooks’ last few years as head coach. Unseld Jr. has a chance to do just that with this year’s squad.