What are the hottest and coldest games in MLB, World Series history? originally appeared on NBC Sports Washington

The World Series is an autumn staple, but that doesn’t mean it always feels like fall.

With the MLB season stretching from April Fool’s Day past Halloween, there’s a ton of variance in conditions for games throughout the seven-month slate. By the time it gets to the most important baseball of the season, some fans have replaced lemonade and sunglasses with hot chocolate and hand warmers. In other spots across the country, spectators are stuck in toasty conditions year-round. 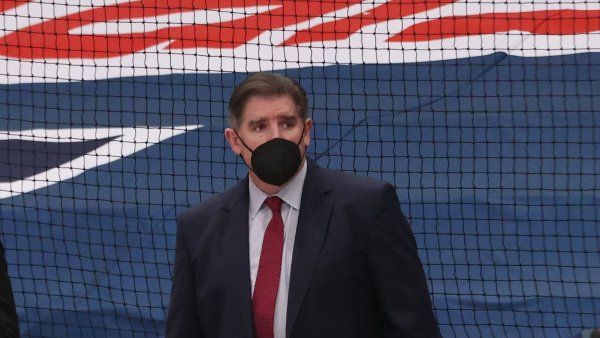 Here are the MLB and World Series games that were played in the most extreme temperatures:

What was the coldest game in World Series history?

If one were to guess who played in the “Snow Globe Game” in Cleveland, the Browns would be a popular assumption.

Instead, the Indians took the field against the Florida Marlins in snowy weather for Game 4 of the 1997 World Series. After playing the first two games at Pro Player Stadium in Miami Gardens, the Indians and Marlins arrived in Cleveland for Games 3-5 and were met with brutal weather. Game 3 had a game temperature of 47 degrees with 25 mph winds, while Game 5 was a bit more mild with a 46-degree temperature and 12 mph winds.

Game 4 was far and away the worst of the bunch. The temperature dropped to 38 degrees with a wind chill of 18 degrees, and that’s before getting to the snow. Heavier snow fell on Jacobs Field leading into the game before subsiding to smaller flurries at first pitch. As Bob Costas said on the NBC broadcast, “My friends, these are ideal conditions for baseball … if you happen to be a penguin.”

Cleveland fans got to head home happy -- and freezing -- as the Indians picked up a resounding 10-3 win.

What was the coldest game in MLB history?

Up in the Rocky Mountains, the Atlanta Braves and Colorado Rockies participated in the coldest game in MLB history on April 23, 2013.

It was a particularly cold stretch in Denver. Less than a week earlier, the Rockies tied a franchise record for cold temperature when they squared off against the New York Mets in 28-degree weather.

Fast forward to April 23, where officials and volunteers shoveled snow off the diamond at Coors Field so that the Braves and Rockies could play. Both teams took the field with a game temperature of 23 degrees, making it the coldest MLB game on record.

As if one game in those conditions wasn’t bad enough, the teams didn’t even have a full day to thaw before playing again. Atlanta and Colorado faced off once again just three hours later as part of a doubleheader. The second game had a slightly warmer game-time temperature of 30 degrees as the Braves went on to win their second game of the day.

What is the hottest game in World Series history?

On the opposite end of the thermometer, the 2017 Fall Classic was a heated series with an even hotter start.

Game 1 between the Los Angeles Dodgers and Houston Astros was played with a first-pitch temperature of 103 degrees. That scorching mark beat the previous high for a World Series game of 94 degrees, which occurred during the opener of the 2001 edition between the New York Yankees and Arizona Diamondbacks.

While Dodgers Stadium is a conventional ballpark in sunny Los Angeles, Bank One Ballpark (now called Chase Field) in Phoenix has a retractable roof. So why wasn’t the game played in controlled conditions? MLB made the call and wanted to keep the roof open. Even if it was up to the Diamondbacks, team president Rich Dozier said the organization would have made the same decision.

As far as the Dodgers-Astros game, Clayton Kershaw outdueled Dallas Keuchel as L.A. picked up a 3-1 win to kick off the series.

What is the hottest game in MLB history?

The Texas Rangers were the home team in the only two MLB contests to be played in 109-degree heat. The first game was against the Minnesota Twins on June 27, 1980, at Arlington Stadium. The Rangers wasted no time getting out of the heat, picking up a 5-0 win with the game finishing in under two hours. For the second game, the Rangers hosted the Toronto Blue Jays on Aug. 26, 1988, for a nighttime contest. Despite the first pitch coming at 7:39 p.m. local time, it was still 109 degrees at the start of the Rangers’ 5-1 victory.

The Rangers opened their new home, Globe Life Field, in 2020. Based on the leading description for the ballpark on the Rangers’ website, the team is ready to keep historic heat in the past:

Globe Life Field has already hosted a World Series, but not one with the Rangers. Instead, it was the neutral site for the 2020 series between the Dodgers and Tampa Bay Rays, with the Dodgers winning the championship in a cool six games.