Watch: Daniel Jones' Own Legs Keep Him From TD on Incredible 80-Yard Run

In the third quarter of Thursday's matchup between the New York Giants and Philadelphia Eagles, quarterback Daniel Jones took a read-option deep in New York territory, found a hole in the defense and suddenly found himself in the open field with no one near him. 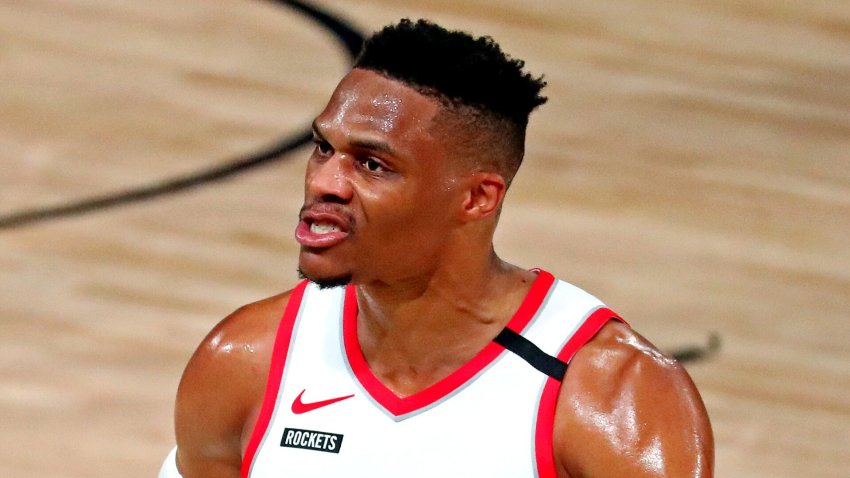 Ahead of everyone, there was no one that could stop him from taking it all the way to the house for an incredible score. Well, there was one person that ended up stopping him: Daniel Jones.

As the quarterback broke away, it looked as if his legs came out from under him, resulting in him tripping up and only being able to create a modest 80-yard gain.

The moment looked like something out of a Buffalo Wild Wings commercial when the game is tampered with to keep the patrons happy.

This thread here shows all the emotions of the run, from everyone thinking he was going all the way to his teammates breaking a smile on the sidelines.

Here is a Giants player holding up his hand thinking Daniel Jones was going to score pic.twitter.com/CSjzTsO8PA

Here are Giants players laughing at Daniel Jones falling down on his own pic.twitter.com/HeZktkZb53

Either Jones got a visit from the turf monster, or his body was so shocked that he was moving that fast and had so much open space to run that it literally did not know what to do. Jones was the leading rusher for the team entering the contest, so it's not like he hasn't run with the ball before.

No matter what stopped him, it was a comical scene to watch for anyone that isn't Jones or a Giants fan and it pretty much summed up the NFC East in 2020. Trying its best, but not always coming through.

Luckily for New York, the slip-up at the end did not come back to bite, as the team would eventually punch it in to take a 14-10 lead in an important division matchup.