By all accounts, it appeared there’d be some sort of goalie competition this season for the Capitals.

Through four games, Vitek Vanecek is making sure there’s nothing to discuss. 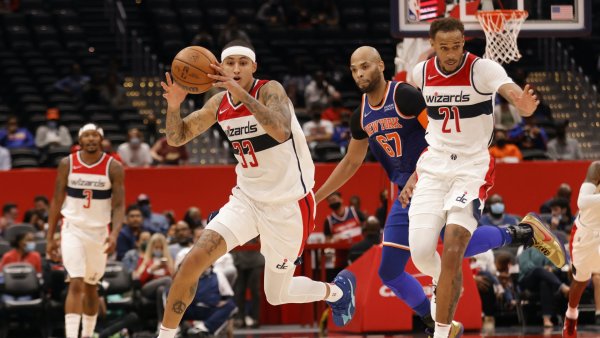 In a 4-1 win over the Devils on Thursday night at Prudential Center, the Capitals’ netminder was once again excellent and stopped 25 of 26 shots. Through three starts this season, he’s allowed just four goals on 73 total shots (a .945 save percentage).

The 26-year-old had a challenging offseason, which began as he recovered from an injury that kept him rehabbing well into the summer. The injury was suffered just minutes into his first Stanley Cup Playoff start.

Then, he was selected by the Seattle Kraken in the expansion draft, only to be traded back to Washington a week later. And now, he’s doing his best to prove he’s the team’s No. 1 option in net.

Last year, he was the team’s savior of sorts in net as he stopped 90.8% of shots faced after Henrik Lundqvist missed the season with a heart condition and Ilya Samsonov was back and forth off the team’s COVID-19 list, working to get himself back in game shape.

In Samsonov’s only start this season, he made 24 saves on 27 shots.

But now, the Capitals have a goaltender that’s played like one of the better goalies in the sport through the first three games of the season. And he’ll try to ride that for as long as he can.