With no Ilya Samsonov and a chance to impress the coaches, Vitek Vanecek is making the most of his opportunity. 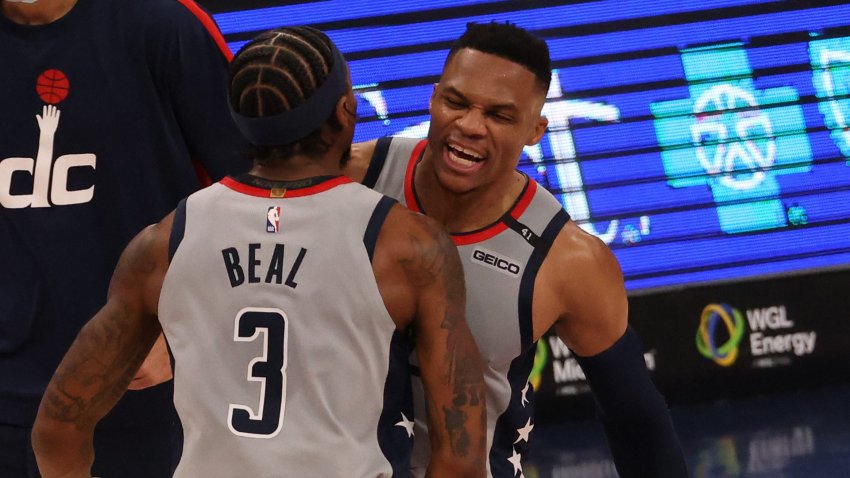 Vanecek got his third-straigth start on Sunday and once again was impressive for the Capitals, turning aside a whopping 45 shots in a 4-3 shootout loss to the Buffalo Sabres.

The Sabres fired pucks from everywhere and peppered Vanecek throughout the night, but he stood tall to ensure Washington earned at least a point, and three in two games, despite the absence of Samsonov, Alex Ovechkin, Evgeny Kuznetsov, Dmitry Orlov and Tom Wilson.

“He’s been unreal," defenseman Justin Schultz said. "Every game he’s played he’s kept us in it at times when we haven’t played as well, and tonight was no exception. He made some huge saves, especially in overtime, and allowed us to get a point at least.”

Coming into the season, head coach Peter Laviolette was adamant that he had no set rotation in mind for his young goalie tandem of Vanecek and Samsonov. He wanted a chance to evaluate each goalie and go from there. Samsonov came in viewed as the future of the team with Vanecek as his less-heralded backup.

Now with Samsonov on the NHL's COVID-19 protocol-related absence list, Vanecek seems to be taking over the crease with his play and Laviolette can't help but take notice.

“His is about opportunity, right?" Laviolette said. "We came into the training camp and our eyes were open. There was no set path for us. We were looking for someone to grab the crease. I think I said that back early on in camp when someone asked what the rotation would be for goalies or what was I looking for from the rotation and I said this would play itself out. So Vitek has had a few good games now and tonight was another one where he gave us an opportunity to win and we didn’t, but he gave us an opportunity to get a point so he’s making the most of his chance.”

No doubt Samsonov will get a chance to impress when he is able to return, but of the two goalies, Vanecek has been the more impressive. While there are issues with rebound control at times, he has been very technically sound. He never seems to be caught out of position even on tricky plays like wraparounds or backdoor shots. Vanecek always seems to be able to stretch the pad and cover down low to the bar.

Coming into the season new to the organization, Laviolette had no expectations for either of his young goalies. It was a blank slate. If playing time this season is to be based solely on performance then Vanecek certainly seems to be putting himself in a position to earn more starts even when Samsonov returns.