Add Thomas Bryant to the list of people saying John Wall looks as good after his recovery from a ruptured Achilles as he did before the injury.

On Wednesday, in his first press conference of training camp, Bryant was asked about Wall and revealed he played in a series of pickup games with him during the offseason. Like Scott Brooks, Kevin Durant and others, he sees no difference before and after. 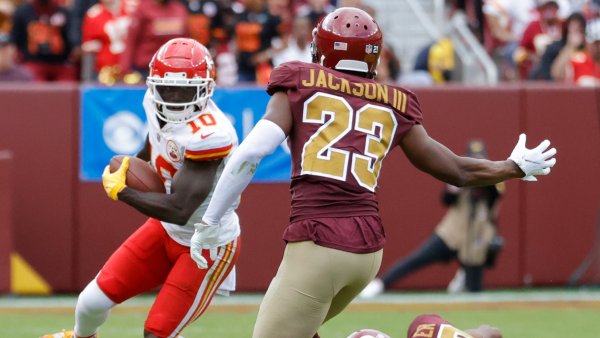 "Me and John have also had a lot of good runs together out in Los Angeles. We have played pickup together and picked each other's brains. It's really good to have a dynamic point guard who is really looking just as good as he ever was," Bryant said.

If Wall does indeed return to form, many players are likely going to benefit from playing with him and Bryant could be chief among them. He's a mobile big man who is one of the most efficient players in the NBA around the rim. Wall will be able to set him up by drawing the defense's attention and feeding him accurate rim-running passes.

Bryant may also get easy buckets from Wall if he hustles in transition.

"I think my game really helps with him because he has a big that can really keep up with him and run the floor as much as he does," he said.

As for the Wall praise, some might be skeptical until we actually see him on the floor. Those who have been following the team for years may remember 'Wolf Season' in the summer of 2017, which quickly devolved into 'Woof Season,' as brilliantly coined by Dan Steinberg of the Washington Post.

But it won't be long before Wall can start backing it up this time. The Wizards begin their preseason schedule on Dec. 13.