Nationals OF Kyle Schwarber on Team's Struggles: ‘Stay With Us'

The Nationals had a difficult start to their 2021 season, but the team is still hoping to turn things around and make a playoff push throughout the rest of the summer.

That turnaround may have started over the last few days, with the Nats winning three in a row and four of their last five, including two wins over the NL-leading Giants.

There's still a long way to go for Washington in the standings. As of Wednesday, the Nats sit in fourth place in the NL East, 7.5 games behind the Mets. If the season were to end today, at 29-35 they would still be closer to the number one pick in the 2022 MLB Draft than they would a Wild Card spot.

But unlike the pandemic-shortened 2020 season, there is still a lot of baseball to be played this year. And the Nationals aren't ready to throw in the towel just yet.

"I’ve got a lot of belief in this team," outfielder Kyle Schwarber said on Monday. "I mean there’s been a lot of adversity thrown at the team...I always feel like we’re in games. I never feel like we’re out of reach. When we’re behind, the way that we battle, and we put ourselves in positions to possibly tie the game, things like that….I just got a lot of faith in this team." 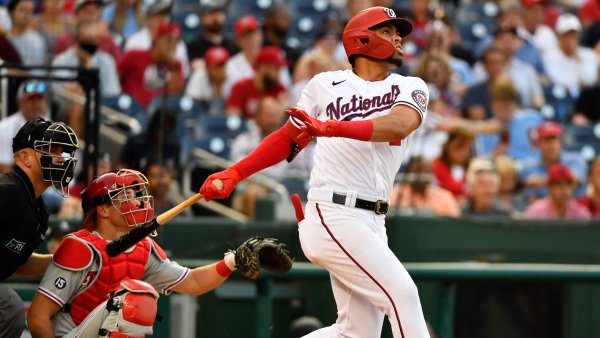 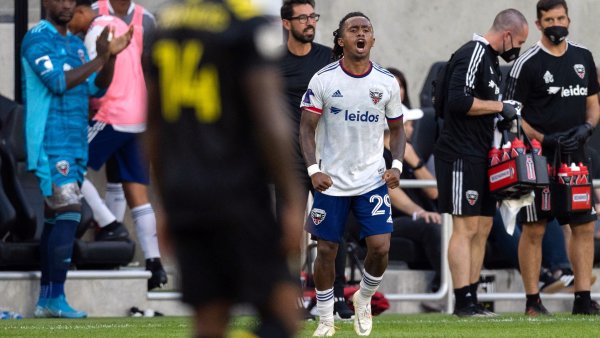 Schwarber mentions the adversity faced by the Nationals already this season, including early COVID-19 absences and a litany of injuries. It has not been an easy road for the Nats so far, but there's still a lot of talent on the roster.

Beyond the talent alone, Schwarber also points to the chemistry in the clubhouse.

"I love this team. This is definitely one of the better times that I’ve had playing baseball, in terms of just coming into a clubhouse, enjoying the people around you, and being able to go out there and battle with these guys. And I wish that people on the outside could see what we get to daily, that this is a really good team," Schwarber continued. "Trust me, you’ve got one heck of a manager here, you’ve got one heck of a staff, one heck of a players group going out there trying to bring something home for Washington Nationals fans."

Schwarber himself has played well in recent days, especially out of the leadoff spot in the batting order. He's hit three home runs and driven in seven runs across his last three games, and providing more offensive punch to the lineup can go a long way.

Through most of the season, the Nats offense has been carried by Juan Soto and Trea Turner, and while having two MVP candidates is a great place to start, Washington needs to find more depth to carry the load.

Still, Schwarber is hoping fans don't forget that there are a few legitimate stars in the nation's capital, and the team is worth continuing to believe in.

"Remember, this is a good team. You guys stay with us now, alright?" Schwarber said over the weekend. "Stay with us."