As Lamar Jackson enters his fourth season in the NFL, his next contract will soon take center stage for the Ravens, especially considering recent extensions signed by Patrick Mahomes and Dak Prescott. 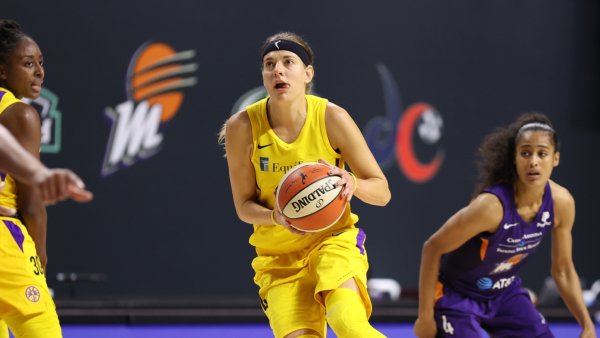 The good news for Ravens fans is it appears the team and the former unanimous MVP are still discussing an extension.

"That's ongoing," GM Eric DeCosta told reporters Monday. "That's definitely a fluid thing. Lamar and I have had a discussion about that, I think it's important to us and it's important to him. Lamar is a very patient guy and he wants to be the best that he can be, he wants this team to be the best that it can be and wants to win very badly. So we're aligned that way.

"I'm confident that we'll continue to discuss this and it's something that at some point we'll have some good news for everybody."

DeCosta's comments echo what head coach John Harbaugh said in January about Jackson's extension. Both sides have an incentive to get the deal done sooner rather than later. For Jackson, he can secure his big payday before potentially getting injured or experiencing a decrease in his value, and for the Ravens, they can get ahead of the market for quarterback extensions and save a bit of future salary-cap space.

In the NFL, saving as much cap space as you can with a big salary figure devoted to the quarterback is important.

"We understand that if we do sign a long-term deal with Lamar Jackson, that's gonna change the way we've operated the last couple of years and we look at that as a great problem to have," DeCosta said. "We aspire to have that problem, we want to have the franchise quarterback, we want to have a quarterback that cares as much as we do.

It will change the way we do contracts potentially, we will probably have to be a little bit more careful about which players we sign and which players we don't sign," he said. "We may lose some good players, and that's, unfortunately, the salary cap age that we're in and it happens to every single team."

There's still time for both sides, though. Jackson's extension likely won't begin for another two years, which should give the Ravens plenty of opportunities to draft and develop young, cost-controlled players to keep the Ravens in the Super Bowl picture.