Late in the fourth quarter of Sunday's Week 1 game, the Washington Football Team needed to stop the Los Angeles Chargers on a third-and-4 play in order to have any hope of getting the ball back and a chance at winning.

Washington never got the ball back. Chargers quarterback Justin Herbert found a wide-open Keenan Allen for a nine-yard gain, all but sealing the game for a Los Angeles victory.

The fact that the Chargers converted that play was no surprise to Allen, though. Before that crucial third-down snap, the Pro Bowl wideout warned Washington star pass rusher Chase Young of what was to come.

"I told Chase Young at the snap, if they run man coverage, they were going home," Allen said on CBS' postgame show. "They were in man coverage. Bye-bye."

The truth is, though, it wasn't shocking to anyone watching the game that Los Angeles was able to convert on that crucial play. The Chargers finished Sunday's contest converting 14-of-19 third-down attempts -- including four on LA's 15-play, 72-yard drive to seal its 20-16 victory over Washington.

The 14 third-down conversions Washington allowed were tied for the most in franchise history. The only other time the Burgundy and Gold allowed its opponent to convert 14 times on third down came in 1994 against the Philadelphia Eagles. That's not the start Jack Del Rio was looking for in his defense this season.

NFL Schedule Week 7: Game Times, How to Watch on TV and More 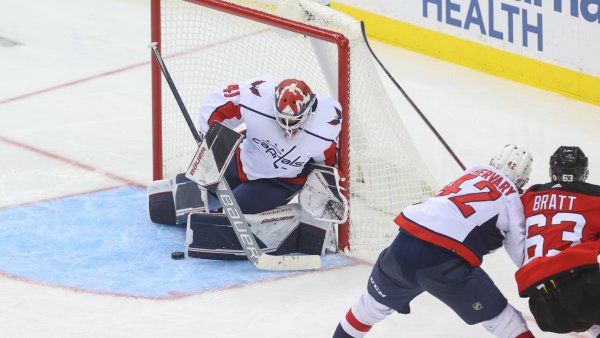 With how successful the Chargers were on third down on Sunday, who can blame him?