Reprieves are rarely handed over in Major League Baseball. The day-after-day evolution of a season usually doesn't leave room for an unearned break. It has to be captured.

Finally, the Nationals found a path to a giddy break Monday night in a 16-4 exhale against the Mets. It snapped a three-game losing streak. It also snapped a glaring inability to score runs early in the season. 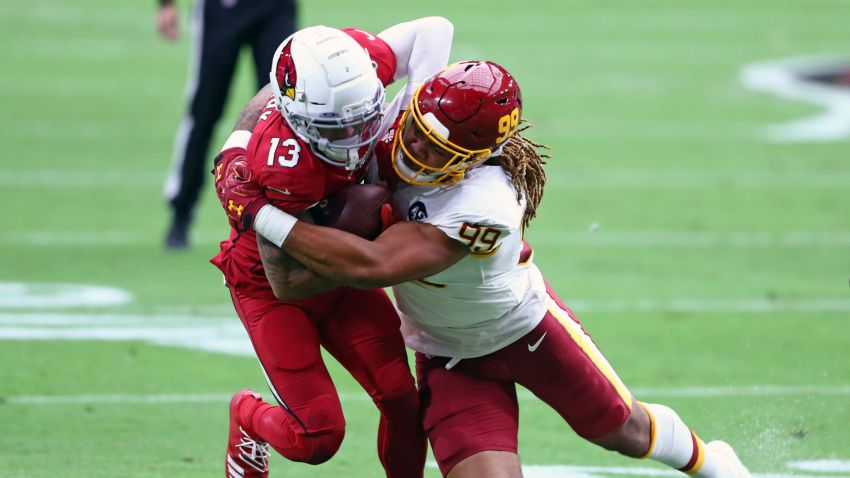 Chase Young on His Return to Ohio: “I'm Definitely Excited to Go Back'

T.J. Oshie Explains What Went Wrong for Capitals in the 2020 Playoffs

Washington brought the worst offense in the major leagues to Citi Field for a four-game series against the Mets. They scored just 35 runs in 11 total games prior, and nine runs in seven losses. The Nationals went from 29th in total runs (they were only ahead of St. Louis, which has played five games this season) at the start of the day to 26th by the end.

Asdrúbal Cabrera homered twice. Juan Soto hit a home run so far into center field it cleared the Big Apple and stunned Mets announcer Ron Darling. It went 463 feet. Soto said he watched the ball fly out of the park to see if it would land in the metal apple.

The pitch was a 77-mph curveball from left-hander Steven Matz. Soto was hitless (0-for-5) against left-handed pitchers coming into the game. He hit Matz's curveball 108.6 mph to dead center field where only the apple and black tarps reside. Darling said he's never seen a ball hit to that spot prior.

Yan Gomes picked up his first two hits of the season on Monday. Cabrera now has three home runs and is hitting .357 (sample-size warning, of course). Soto is hitting .444 since rejoining the team Aug. 5.

Trea Turner also went 3-for-5. He and Adam Eaton have done little at the top of the Nationals lineup to start the season, to the point Eaton was given Monday off against a left-handed starter. Josh Harrison took his place in right field and in the No. 2 spot in the order.

"It's fun to see the boys break out of it," Davey Martinez said.

However, this remains a one-game sample size. It's not consistency, it's not what the rest of the season has been about, it's no guarantee of what will happen Tuesday night. But at least it's a start.