How ‘Little Giants' Ties In to Washington's Thanksgiving Win in Dallas

As Ron Rivera revealed afterward, he first got the idea for the play from "Little Giants," a 1994 football film for kids that he estimated he's seen roughly 100 times

Never before has a box score done so much injustice to a single play than the following description of this second quarter sequence in Washington's Thanksgiving win over the Cowboys: J.McKissic left tackle to DAL 10 for 6 yards.

That wording makes you think that was a totally straightforward run, the kind you see in the NFL countless times every weekend.

It absolutely wasn't, however.

What's lost in that bland sentence is that Alex Smith's handoff to JD McKissic was treated like a total secret, and that Ron Rivera drew inspiration for the design of the call from a movie that he's watched with his daughter over and over and over, and that Scott Turner had to have some serious (ahem) to actually tell his offense to run the thing.

Not many six-yard gains deserve their own story, but the one above certainly does. So let's get into it.

With Washington down three and in the Dallas red zone on Thursday at AT&T Stadium, the visitors decided to give the play a shot.

As Ron Rivera revealed afterward, he first got the idea for the play from "Little Giants," a 1994 football film for kids that he estimated he's seen roughly 100 times. In fact, he actually executed something incredibly similar in his first year with the Panthers.

“We nicknamed it the ‘Bumerooski,’" Rivera explained to the media, a reference to longtime coach Bum Phillips. 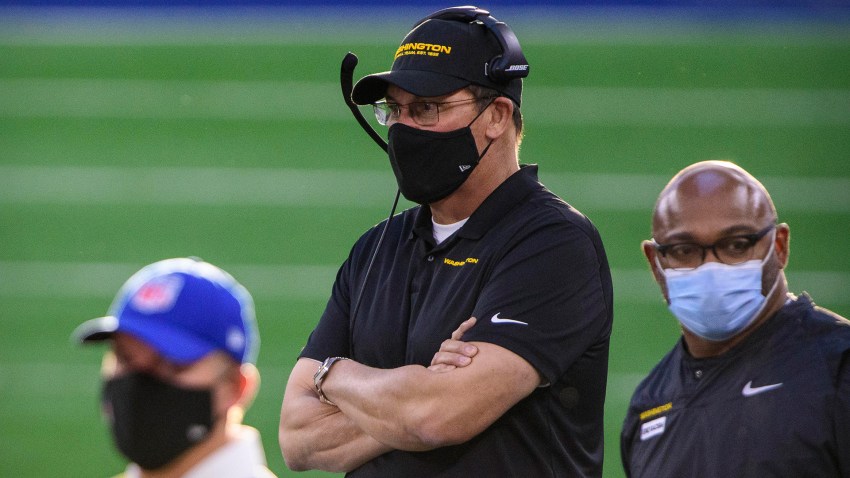 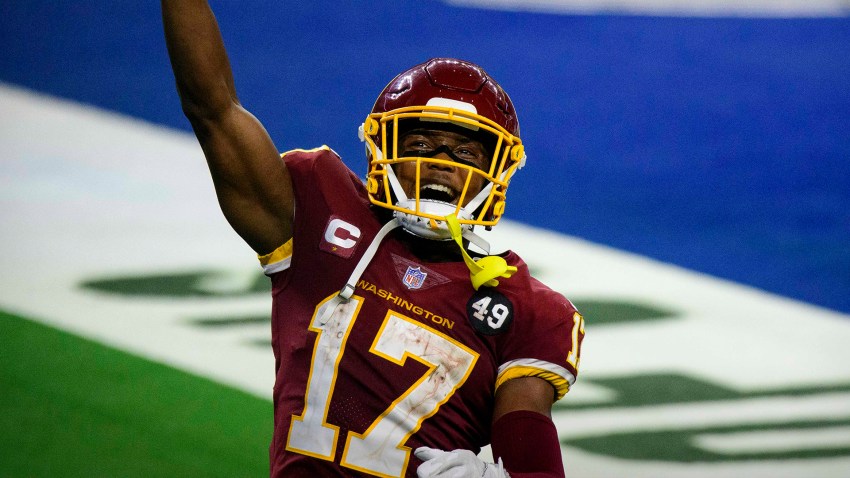 Now, there's a huge difference between having that one on the sheet and actually breaking it out. But that's precisely what Turner, who's really getting more comfortable as the offensive coordinator with every week, did — and it's something he foreshadowed the evening before, according to Terry McLaurin.

“He told us last night he was going to come out and hold nothing back,” McLaurin said.

Mission accomplished there for Turner, who also had his tight end throw a deep pass as well as run for a first down. The man was feeling it in what ended up as Washington's best offensive performance in quite some time.

And while the Burgundy and Gold twist on the Annexation of Puerto Rico only resulted in a first down and only led to a field goal, it spoke to a larger point: Rivera's club wasn't afraid to get creative and downright bold in order to secure a victory that has them position at the top of the division for now.

"We're finding our identity and getting better," Alex Smith said.

It definitely feels that way, and a mid-'90s movie that has a 36% rating on Rotten Tomatoes is now a crucial part of that process. What a world, huh?