Keeping together a championship-contending team while navigating a salary cap is always one of the most challenging tasks general managers have to make. Granted it is a good problem to have, deciding which title-winning players get to stay on the roster for another crack at it, but it is a tall and difficult challenge nonetheless.

While head coach and GM of the Washington Mystics Mike Thibault doesn't believe that challenge will put a damper on how the team's roster shakes out for 2021, it is a concern that he does have for the long-term future of the team. 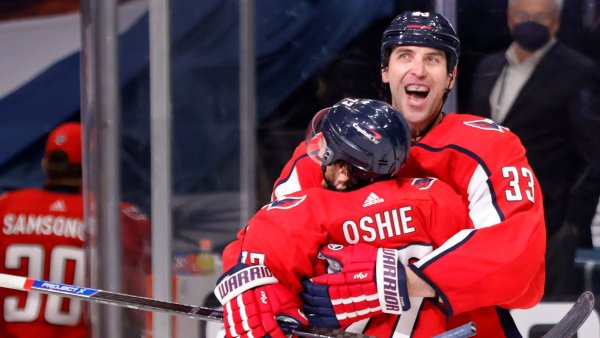 The unprecedented coronavirus season definitely shifted the Mystics' short-term outlook in 2020. No longer were they considered a favorite that could defend their title. Development was going to be the goal of the season rather than wins and losses.

And since that goal was accomplished, Washington now has players that could be due for a pay raise when contracts come due. Myisha Hines-Allen, the team's clear MVP and breakout star from the wubble, is still on her first contract. An already proven starter, Ariel Atkins proved to be able to take her game to the next level. Second-year 'rookie' Kiara Leslie got much-needed reps in her first season in the league.

Development does not benefit the team if they use it to get a bigger contract elsewhere. It's meant to bolster the team depth-wise or secure their status with the team.

"We have some real balance to our roster that needs to be decided," Thibault said at his end of season press conference. "And I don't mean just balance in position, but in salaries going forward and planning our salary cap, not only for the upcoming year but every decision we make now affects what we can do a couple years down the road and we're going into this year with, technically, you know, four or five free agents."

Right now, with five players signed for 2021 as well as Natasha Cloud and LaToya Sanders having to come back after opting out in 2020, the team has accounted for roughly 57% of their salary cap. Between that, the team has to make room for some high-priority free agents. Tina Charles, who has not played a single second in a Mystics jersey, has verbally committed to Thibault for the next season. Emma Meesseman and Aerial Powers are also priorities for him and his staff to re-up.

There should be plenty of room to account for the final five spots on the roster for this season. However, the team is having to make decisions for future seasons with the duration of deals right now. Thibault admitted that Hines-Allen changed the pecking order on the team a little bit and she is set to be a free agent for the first time entering the 2022 season.

"We really have some serious planning to do," Thibault said. "That's going to be probably our most difficult thing is prioritizing those things and making it all work. We got into that situation last year with Kristi Toliver. We could afford her for a couple of years but we could not do the third year that L.A. was willing to do."

All of this is assuming conditions are back to normal for next year. The coronavirus pandemic could shift plans for the league from returning to a 'normal' year. Additionally, what happens with the rescheduled Olympics and how the league constructs the schedule is a factor as well.

Just because the team has a plan now, doesn't mean that may change.

"There's a lot of unknowns that we can't even really address until we get to what our season looks like, where we're going to play," Thibault said. "Every league is going through that right now. And I can't give you any of those answers I'm not even going to speculate. I do feel good about a lot of the progress in the league this year."

Contingency plans help. Thibault says the team will bring mid-season signing Stella Johnson to training camp as their 'draft pick.' The team traded away all of their 2021 draft picks prior to the season.

The way the roster and contract construction shuffled out entering the 2020 season for the Mystics allowed them to keep eight of their 11 active players from their 2019 championship squad. That included six of Washington's top seven contributors.

A majority of those eight champions will be back again in 2021 for what should be a loaded Mystics squad. A chance for the franchise to get their second championship. But in the salary cap era, the long-term viability of rotations is always up in the air.

"If we didn't have a cap I could have a pretty good roster every year, because a lot of people want to play here throughout the league," Thibault said.