Davis Bertans' three-point shooting is such a standout skill that to evaluate his game on any given night, there is only one area of the box score you need to check. So, when he has a night like he did on Tuesday, an 0-for-7 showing in the Wizards' loss to the Celtics in their first game of the play-in tournament, it looms large.

That is especially the case when the Wizards shot 3-for-21 from long range as a team and managed only 100 points, nearly 17 below their regular season average. They aren't a great three-point shooting team, but when they shoot that poorly it has domino effects on their spacing and in turn the ability for players like Russell Westbrook to drive into the lane. 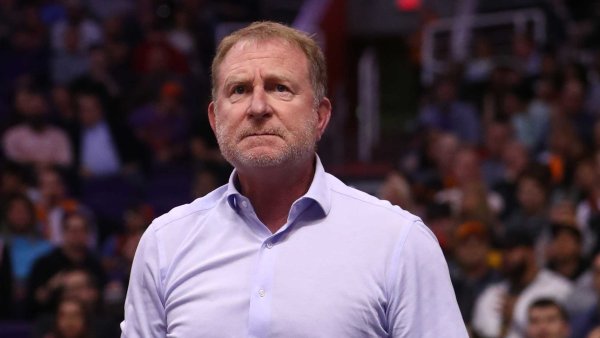 Bertans' 0-for-7 night tied the worst three-point shooting game of his career. Back in December of 2019, he shot 0-for-7 for the Wizards in a loss to the Sixers, though at least then he scored nine points. He had four points on Tuesday and was a -23 in the box score, the worst +/- of anyone who played in the game.

"With every shooter, there are some cold nights. This was one of them," Bertans said.

After a career year last season, Bertans had a bit of a tough 2020-21 season in terms of staying healthy and producing consistently. Some of it was bad luck, as he dealt with various injuries plus an extended bout with the coronavirus. Still, he managed to put up solid three-point shooting stats of 39.5 percent on 7.5 attempts per game.

Those numbers were down from his previous two years, but he was still a threat from three, every so often turning games around with a barrage from the perimeter. Yet, for much of the year, his threes didn't have the same timing as they did in his first season in Washington. Often when the Wizards have most needed him to go off, he hasn't been able to.

That was the case on Tuesday, as if he could have even made two or three of his shots from downtown, it could have been a different game. The Celtics won by 18 points, but it was close for much of the night until late. The Wizards were up by two at halftime and down 10 at the end of the third, still within striking distance.

Head coach Scott Brooks thought the Celtics were able to bump Bertans away from his spots with physical defense. There was a huge disparity in fouls called -- 31 for the Wizards, 17 for the Celtics -- as they were able to play with contact and disrupt the timing of the Wizards' offense.

When Bertans isn't making his threes, he's often relegated to decoy duty on offense, as he rarely scores in the midrange and isn't a major threat around the rim. But that wasn't enough for the Wizards against Boston, especially with top scorer Bradley Beal nursing a hamstring injury. Tuesday was a night for their secondary scorers to step up and Bertans wasn't able to.

There is also the matter of his contract. Bertans is the third-highest paid player on the team with a salary number of $15 million for the 2020-21 season. They paid him big money to impact games just like this one.

Bertans, in fact, has had trouble throughout his career in postseason games. Before Tuesday night, which was the play-in tournament so it counts differently in statistical records, Bertans was a career 29.8 percent three-point shooter in 23 playoff games. That is compared to his 40.7 percent clip in the regular season.

The good news is that the Wizards will have another chance to extend their season on Thursday when they host the Indiana Pacers. Those Pacers, though, allowed the second-fewest threes in the NBA this season.

Still, Bertans has an opportunity to make up for his rough debut and the Wizards need him to make the most of it.