Capitals Win a Wild One Vs. Rangers 5-4 as Alex Ovechkin Scores Again

The Capitals jumped out to a 4-0 lead in the third period and managed to fend off a furious rally from the New York Rangers for the 5-4 win on Sunday. Tom Wilson scored twice and Alex Ovechkin continued his scoring hot streak in the win.

Here is how it happened: 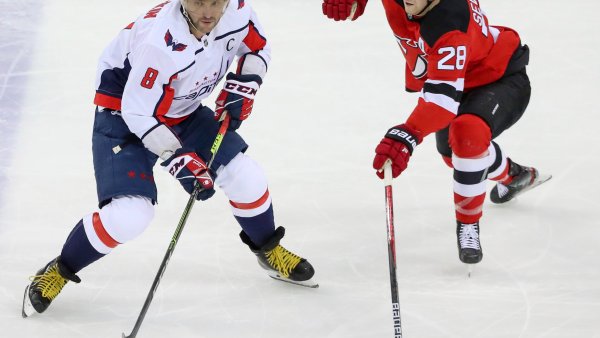 How to Watch Capitals vs. Devils Thursday 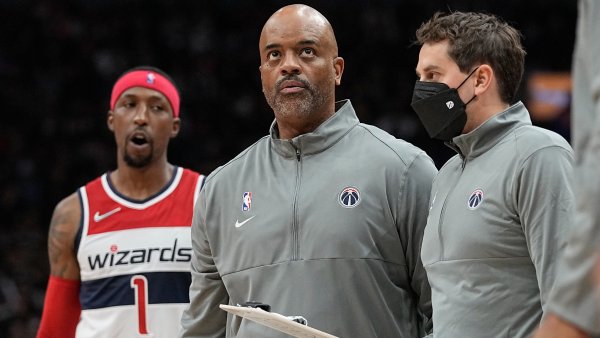 Mika Zibanejad has been absolutely incredible for the Rangers of late with 16 points in his last six games including two six-point games. It looked like he was going to get off to another good start off a bizarre play from behind the net, but he was denied by the quick hands of Capitals defenseman Dmitry Orlov.

From behind the net, Zibanejad tried to chip the puck back in front, but it hit off the face of T.J. Oshie and trickled towards the goal line. Orlov swept the puck away just before it was able to cross the line completely for the goal. It was so close, in fact, that the play was called a goal on the ice, but a review showed Orlov clearly managed to get the puck out in time.

Washington broke the game open in the second period. After a scoreless first period, The Caps scored three times in the middle frame to take a 3-0 lead into the third and two of those goals came from Wilson.

Wilson blocked a shot near the defensive blue line that bounced into the neutral zone and was picked up by Jakub Vrana for the breakaway. Wilson trailed the play and was in perfect position to score off the rebound from Vrana's shot as both Rangers defensemen over-skated in pursuit of Vrana. Later in the second, Wilson was in front of the net for the screen and was able to hit a rebound out of mid-air off a shot from Nicklas Backstrom for his second goal of the game.

Wilson has five points in four games since returning from a seven-game suspension. He also drew an interference call in the third period, a team-high 10th drawn penalty for the season

How hot is Alex Ovechkin right now? So hot that he is scoring goals without even trying.

Ovechkin chipped in a goal in the three-goal flurry in the second, but it was clear he wasn't actually trying to shoot at all. He had the puck along the wall near the goal line and slung the puck to the front of the net looking for the pass. Instead, it deflected off of Rangers defenseman Ryan Lindgren and in.

Ovechkin has 11 goals in his last 11 games. He now has 724 career goals and is seven shy of tying Marcel Dionne for fifth all-time.

Washington has had its issues against the Rangers this season, but on Sunday it really clamped down defensively for the first 40 minutes.

New York is a very fast team, but the Caps bogged down the neutral zone, held the blue line to prevent breakouts and really prevented New York from gaining any momentum. Through the first two periods, Washington gave up only 11 shots on goal. Yes, the Rangers found their offense in the period, but by then the Caps were already up 3-0 and they would ultimately need that big lead to hang on for the win.

It felt like Washington was in firm control of the game heading into the third period with a 3-0 lead. Evgeny Kuznetsov made it 4-0 and it looked like the game was over. The Rangers had other ideas, however, and Colin Blackwell scored twice to give the Blueshirts some life. But two minutes later, Oshie wheeled around the net and stuck his stick out to deflect a shot from Justin Schultz for the goal. It was Oshie's third point of the game (one goal, two assists) and made the score 5-2.

New York would continue to battle as Alexis Lafreniere and Chris Kreider would both score to pull the Rangers to within one. Suddenly an Oshie goal that looked like passing ended up being the game-winning tally. The Rangers have shown fight this season and it's what has them on the edge of the playoff race in the East. But the Caps played well enough this time to get the win.