For whatever reason, Warriors wing Kent Bazemore had a thought regarding Bradley Beal's hamstring strain and how it related to the scoring title race between the Wizards star and Stephen Curry. 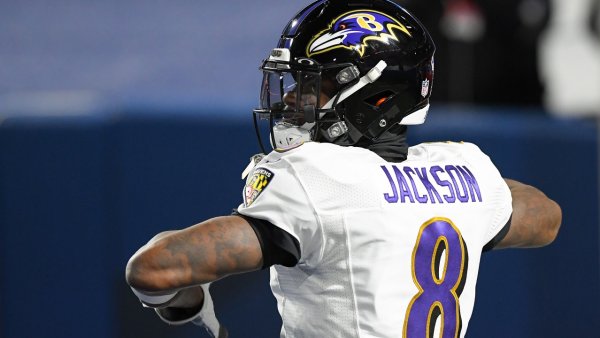 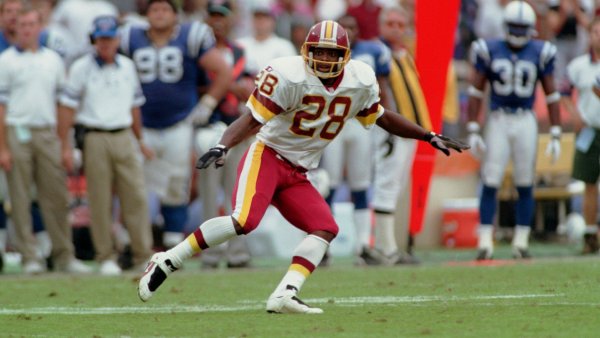 Darrell Green: If Washington Is Winning, the Team Could Be Called ‘Meatballs'

Then, he inexplicably doubled down and actually spoke about such a thought in public after Curry dropped 49 points in just 29 minutes of play-time.

After the Wizards' loss Monday night in Atlanta without him, Beal took to Twitter to go back at Bazemore. At first, he wasn't sure whether to do it.

But once Beal decided he would, that's when it got fun.

"You don’t know why I go out there and play and it damn sure ain’t for another man’s approval!!!," Beal tweeted. "You a straight LAME!!! But it don’t surprise me coming from you, thats what’s yo type do!!"

Beal suffered the hamstring injury late in Washington's win over the Pacers Saturday night. He was in the middle of a 50-point night and was carrying his team's offense in a big game alongside Russell Westbrook.

When he was forced to exit the game and miss overtime, Beal was noticeably upset he couldn't be on the floor with his teammates. But, apparently, it was all part of a bigger scheme to stay close to Curry in a scoring race Beal hasn't really seemed to care that much about.

@24Bazemore it’s funny you say that because ya mans admittedly checked my numbers before the game, but IM CHASING!!! Shut yo ass up!

Bazemore is in his second stop with the Warriors after entering the league with them in 2013. He's averaging just under seven points per game and his career high in scoring came in 2017-18, when he averaged 12.9 points per game with the Hawks.

Beal's career-low scoring average was 13.9 when he was a 19-year-old rookie.

"I stay in my lane!! Focus on BRAD. Idc what another man doing in this league. I’m concerned about me and MY GUYS over here!! Keep that goofy s--- over there @24Bazemore !!" he continued.

And, of course, it wouldn't be a proper Wizards Twitter beef without Beal's wife Kamiah Adams-Beal getting in on the fun. She made sure to hammer home Bazemore's role player status.

I wouldn’t hold my breath for a response. But hey, maybe after a long night of 8 points, 1 assist, 1 rebound, 6 turnovers and 6 fouls he will have some time.

Beal's hamstring strain will force him to miss at least one more game this coming Wednesday against the Hawks. He'll be re-evaluated before Washington's final two games of the season against the Hornets and Cavaliers.