All About Washington Quarterback Taylor Heinicke With Stats and Contract Info

Quarterback Taylor Heinicke made his first start for the Washington Football Team in the 2020 NFC Wild Card round against the Tampa Bay Buccaneers. His electric performance helped land him a two-year contract to stick around in D.C. Here's a complete player profile on the Washington signal-caller. 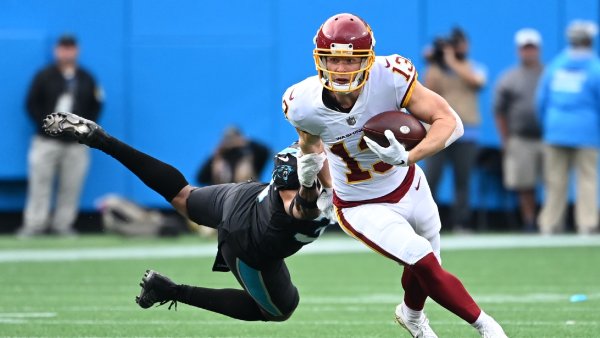 In February 2021, Heinicke signed a two-year, $4.75 million contract to forego restricted free agency. He inked the deal having appeared in just two games for Washington, making a relief appearance for the struggling Dwayne Haskins in Week 16 of the 2020 season before putting together an impressive playoff appearance against Tampa Bay.

Heinicke will be a free agent after the 2022 season when he will be 29 years old.

What college did Taylor Heinicke attend?

Taylor Heinicke played quarterback at Old Dominion University from 2011 to 2014.

After accepting the first D-I scholarship offer he received, Heinicke waited just five games before coming off the bench and taking the Monarchs’ starting quarterback job for good. The Lawrenceville, Ga. native was at the helm for ODU’s final two years in the FCS before the program moved to the FBS level in 2013.

Heinicke finished his college career sporting ODU’s program records for passing yards (14,959), pass completions (1,338), touchdowns (132) and completion percentage (73.1%). He led the Monarchs to playoff wins in the FCS tournament as both a freshman and sophomore and then compiled a 14-10 record as a starter at the FBS level.