Now that the NBA 2K23 WNBA Edition cover athletes have been chosen, the stars have decided to use their voices for good.

WNBA stars Sue Bird and Diana Taurasi as well as NBA 2K, a series of basketball simulation video games emulating the NBA, are paying it forward with their celebration of Title IX’s 50th anniversary. As an ode to the cause, the video game franchise is donating money to youth basketball programs.

The sports stratosphere is celebrating half a century of Title IX, the federal civil law that provides better opportunities for women in sports. The enactment of Title IX has removed barriers for women of all ages and at all levels.

With the commitment of Bird and Taurasi for equal opportunity for all athletes, the company is donating $100K to Every Kid Sports, a program that removes the financial obstacles to participation in sports. The donation will increase access to youth basketball programs for over 550 girls from income-restricted families.

As for the NBA 2K23 Edition, Michael Jordan will be on the cover for the fourth time.

50 Years of Title IX: What Is Title IX and How Has It Transformed Women's Sports? 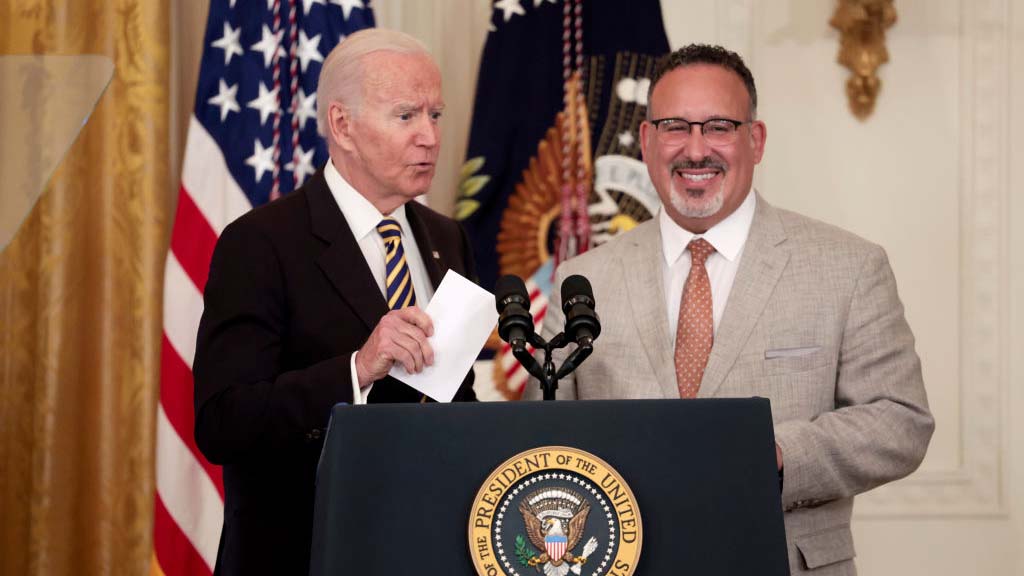 LGBTQ Students Would Get New Protections Under Biden Plan

Approaching its 50th anniversary, here’s everything you need to know about Title IX and its lasting impact on women’s sports.