Max Scherzer walked stiffly into the interview room, a bandage on the back of the Washington star pitcher's neck telegraphing trouble.

He had hoped to beat the Astros for the second time this week, to give the Nationals a 3-2 World Series lead heading back to Houston.

Instead, he had to tell his team he couldn't pitch, causing Washington to open with Joe Ross in Sunday night's high-stakes Game 5 matchup against Gerrit Cole. He's not sure whether his season over.

"I woke up this morning completely locked up. I couldn't do anything, couldn't even dress myself," Scherzer said. "I had to have my wife help me."

Scherzer's switch from starter to spectator did not go over well with the three-time Cy Young Award winner. He views himself as a baseball bulldog, able to will his 35-year-old body through any obstacle.

"I've pitched through so much crap in my career that that would be easy to pitch through at this point," he said. "This is literally impossible to do anything with."

He first felt pain by the right side of his neck and trapezius muscle a few days ago. He hoped the training staff would get him in position to pitch. 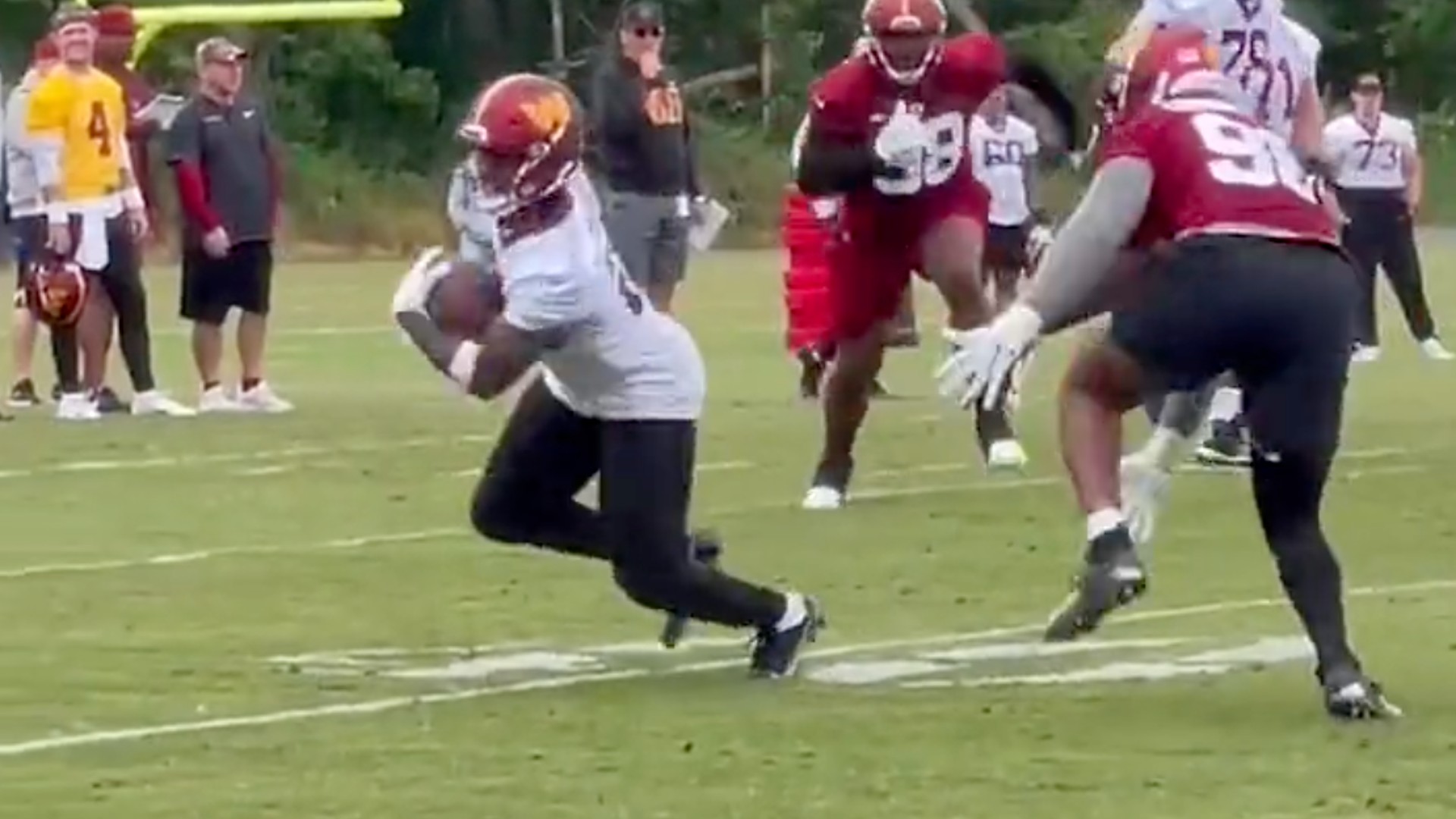 This JD McKissic Move at Commanders OTAs Might Trip You Up, Too 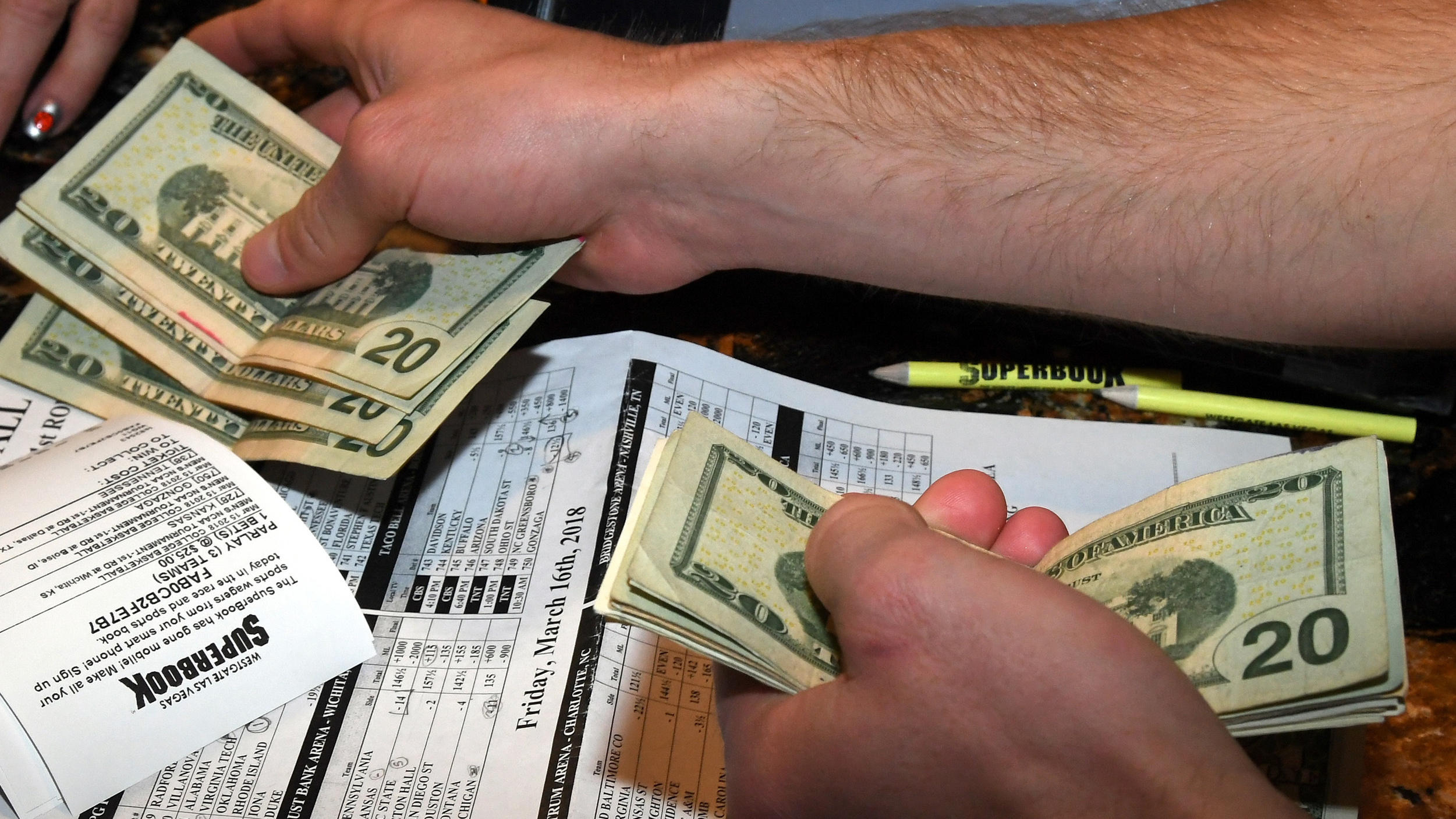 "Usually when I get chiropractic adjustments, that usually really helps me out with these neck spasms," he said. "I've dealt with them in the past different times where I just need little adjustments here and there. And that's where I thought I was at a couple days ago — if I just do my normal treatment and get adjustments that I could be able to heed this off and keep it from being blowing up on me."

"I couldn't get out of bed," he said. "I had to just basically fall out of bed and pick myself up with my left arm."

He had a cortisone shot to alleviate nerve irritation in the area of his C5 and C6 vertebrae. Scherzer hopes to be available for a Game 7 on Wednesday night in Texas.

"The doctors told me it's going to take at least 48 hours for this to kick in," he said. "It was one of the things that was on the table yesterday. We didn't want to go down that route and take the injection yesterday because we thought we found a way to be able to maintain everything yesterday (to) potentially make the start today."

Washington manager Dave Martinez made the announcement 3½ hours before the first pitch. Houston manager AJ Hinch knew the Nationals had delayed announcing their starting lineup because of conversations between the bench coaches, the Nats' Chip Hale and the Astros' Joe Espada, but thought the lag was caused by Washington to determine whether catcher Kurt Suzuki had recovered from Friday night's right hip flexor injury.

"If I put myself in their shoes, I would wait until the very last minute until I absolutely knew that he couldn't go," Hinch said.

Scherzer is 3-0 with a 2.16 ERA in four postseason starts and a Division Series relief appearance, allowing two runs over five innings while throwing 112 pitches to beat Cole in Tuesday's opener.

"Max, obviously he pitched with a broken nose," Martinez said. "When he comes in and says he's hurt this bad, he's hurt."

Ross had pitched just once in the postseason, throwing 19 pitches over two scoreless innings in Washington's 4-1 loss in Game 3 on Friday night.

"He's got good stuff, and he got his feet wet the other night, so that'll help him," Nationals general manager Mike Rizzo said. "To make an emergency start in Game 5 of the World Series against the Houston Astros, he'll have to control his emotions ... and just follow the game plan and see what happens."

A 26-year-old right-hander, Ross was 4-4 with a 5.48 ERA in 27 appearances, including 4-2 with a 3.02 ERA in nine starts. Before Friday he last pitched Sept. 29, starting against Cleveland on the final day of the regular season and getting the win by allowing one run and four hits in six innings while throwing 78 pitches.

"We're going to let him go as much as he can go," Martinez said.

Game 6 starter Stephen Strasburg threw a bullpen session on Saturday and was not an option to face the Astros on three days' rest.

"I think everybody is dealing with the effects of a long season," Strasburg said. "So you really just kind of focus on what you can control. Sometimes things are out of your control."

Scherzer and the Nationals maintained this injury is not related to the back problems that limited the right-hander to one start between July 6 and Aug. 22.

A three-time Cy Young Award winner, Scherzer had bursitis in his right scapula and a strained rhomboid muscle in the right side of his upper back. Scherzer was 11-7 with a 2.92 ERA in 27 starts, ending a streak of six straight seasons with more than 200 innings.

Even he realized he could not take the mound.

"The dangers of pitching tonight was that something seriously, seriously could go wrong," he said. "But at the same time, I can't pick up my arm right now."

Hinch did not learn of the switch until third baseman Alex Bregman saw a notification on his phone and asked whether it was true.

Houston Game 6 starter Justin Verlander remembered Scherzer's tenacity from their time together on the Detroit Tigers.

"It's got to be pretty bad," Verlander said. "He was a competitor, always wanted to take the ball."