What to Expect as Washington Football Team's Season Begins

The record in 2020 could be ugly, but the future could be bright.

If the key to life is managing expectations, the 2020 season could be a serious exercise for Washington Football fans.

Ask any expert — or certainly ask the experts in Las Vegas — and Washington is expected to be bad, as the team takes on the Philadelphia Eagles in Week 1 at 1 p.m. Sunday.

Few, if any, gambling sites expect anything out of Washington besides more dysfunction and losing. The team is expected to lose more than 10 games, and plenty of sites expect to see upheaval at the quarterback position. Most analysts expect the same thing.

On some level it's hard to blame that analysis.

The road ahead seems full of trouble, but Rivera seems to be the perfect person to lead Washington right now

Washington won just three games last season, the team has no name and 40 percent of the organization is available for sale. The NFL is investigating the organization for pervasive sexual harassment and verbal abuse towards women. And, oh yeah, the world is in the middle of a global pandemic. 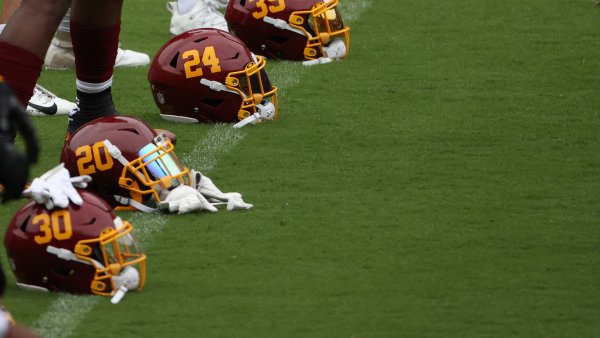 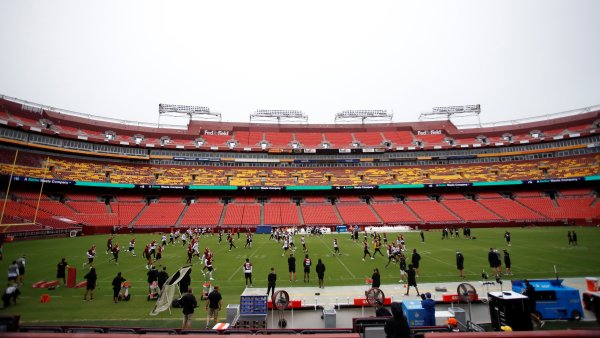 And while all of that is important for the business and the organization, that might be ignoring the actual on-field picture brewing for the Burgundy and Gold in 2020.

To start, Ron Rivera is in charge.

He's widely respected and twice won the Coach of the Year award during his nine-year stint in Carolina. In an awful sign that seemingly everything goes wrong for Washington, Rivera revealed a cancer diagnosis last month. In fact, he underwent treatment for squamous cell carcinoma last week. But in true Rivera fashion, he returned to practice the next day and seems poised to lead this team on Sunday against Philadelphia.

The road ahead seems full of trouble, but Rivera seems to be the perfect person to lead Washington right now.

On the field too, Washington has some real weapons.

Terry McLaurin is a budding star. Chase Young, a Prince Georges County native and the second overall pick, could transform the defense.

Above all that, second-year quarterback Dwayne Haskins remains the most important player on the team. And he seems to be in the right place before a huge season begins.

It's been an eventful offseason for the Washington Football Team with the change of its controversial name, allegations of sexual abuse and harassment and new head coach Ron Rivera's cancer diagnosis. News4's Leon Harris spoke with Rivera about how he's handling his new role.

If Haskins proves he is the guy this year, then 2020 is a success. Regardless of the record.

If Haskins proves he's the guy, and McLaurin breaks out for 1,200 yards, then the future looks bright, regardless of the record.

A Nashville man who sold the website domain to the Washington Football Team told News4’s Juliana Valencia he’s using the money he made to help others.

If Haskins proves he's the guy, and McLaurin breaks out, and Young lives up the hype? Look out. Regardless of the record.

Washington is in a rebuild. That's the truth.

But is 3, 4 or 5 wins a bad record if a young team loses a bunch of close games, shows a lot of toughness, and seems to build week after week?

The record in 2020 could be ugly, but the future could be bright.