This Hoyas team was not supposed to be good

As the Georgetown Hoyas went into halftime doubling up the Creighton Blue Jays in the Big East Championship, Hoyas fans across the country had to ask: Is this really happening?

Could a team that finished eighth in the Big East and had six players transfer out or leave the program in the past season run through one of the toughest conference tournaments in the country?

The answer was yes as Georgetown continued its blowout of the Blue Jays in a 73-48 rout.

This Hoyas team was not supposed to be good. With the roster turnover and apparent piecemeal roster construction to reach the maximum scholarships, this was arguably one of the least talented teams Patrick Ewing has had in his short tenure with the team. And most of the seasons prior to this one were probably best characterized as disappointments.

If anything, the 2021-22 Hoyas were the ones projected to be great, with an incredible recruiting class. This season's team was supposed to finish last.

But none of that mattered as the Big East Tournament began. All the other teams had stolen the headlines entering the competition, from UConn's return, to Villanova's injuries, to Creighton's controversy and the two bubble teams needing wins.

This season the Hoyas found an identity that could get the job done. They have a balanced offensive game that was more focused on the unit rather than individual stars of past teams. Taking a while to see results, entering the tournament Georgetown had gone on a strong run to finish the regular season.

A COVID-19 pause right at the beginning of conference play sidelined the team for three weeks. Once back, the team won 6 of 10 games with upsets over Villanova and Creighton -- the two top teams in the league. While other teams in college basketball folded after pauses, Georgetown got better. Secretly, the Hoyas were one of the biggest dark horse teams entering the tournament.

Once in, Georgetown was a determined team. Whether it was luck with Villanova's injuries or motivation from Ewing not being recognized by Madison Square Garden's security staff, they showed they were not going to be underestimated. It didn't matter if it was a bubble team desperate for win in Seton Hall or a Blue Jays team looking to change the narrative of the cloud over their program. 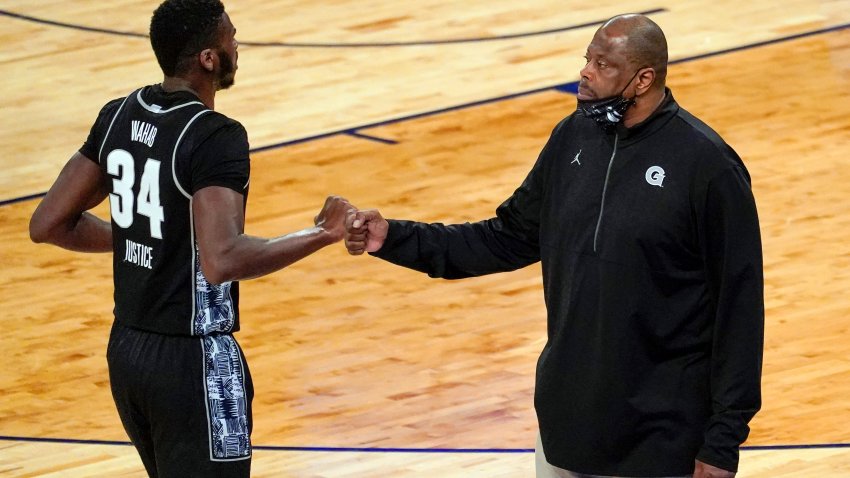 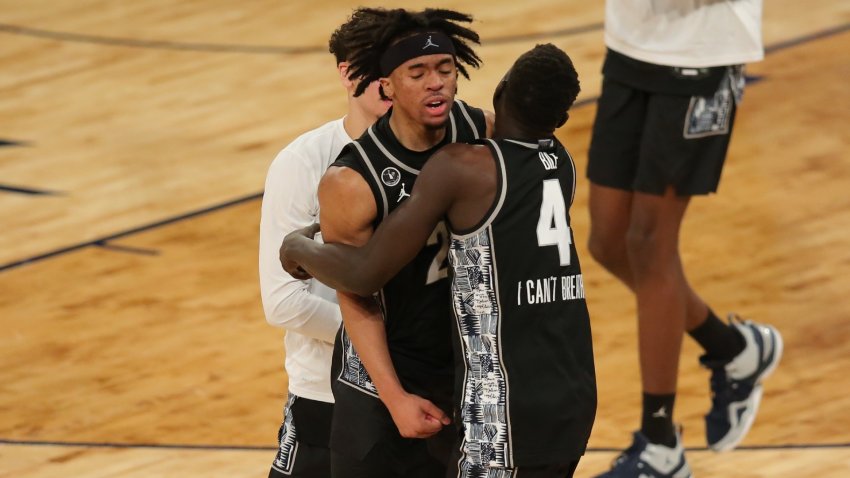 And as the Hoyas' defense stymied Creighton to 29% from the field in an impressive performance in the championship game, their incredible run was complete.

Graduate transfer Chudier Bile was slamming home dunks off in-bounds plays. Fan-favorite Qudus Wahab was getting tip-ins and running pick-and-rolls to perfection. Freshman Dante Harris was dishing a game-high five assists to just about everybody.

A team that had not advanced past the quarterfinals of the Big East tournament since 2015 turned into an NCAA Tournament team. A team that had struggled to find sustainable success in the four years with Ewing got it done.

All the credit goes to Ewing and the coaching job he has done over the past two seasons. Critics were calling for his job for nearly three years straight. Incrementally, the team had shown fight and improvement, but not enough to garner the right results.

Fittingly, Ewing got his storybook turnaround inside of his "own house," where his number is raised up in the rafters. He is the first Big East coach to win the tournament as a player and as a coach. No matter how much time passes, Patrick Ewing is a champion in Madison Square Garden again.