Brennan's father said his son was found unconscious at a rehabilitation center in California and died Monday. It was Brennan's fifth month at the center. 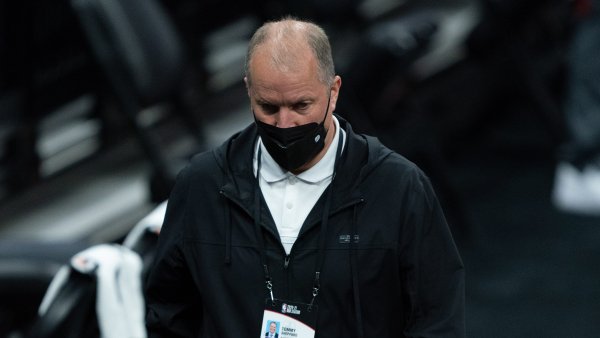 Though Brennan was only in Washington for a short time, he quickly became a fan favorite and grew a large following because of his incredible performance in the 2008 preseason.

Drafted by Washington in the sixth round of the 2008 NFL Draft, Brennan burst onto the scene during the 2008 Hall of Fame game against the Indianapolis Colts. Throwing for 123 yards and two touchdowns in a 30-16 win, a preseason legend was born.

Brennan would finish that 2008 preseason as the top rookie passer in terms of passing yards and touchdowns, as well as passer rating. That included a game-winning touchdown pass to Jason Goode in the final minute of a game against the Jets later in the preseason.

His magical preseason came shortly after Brennan had finished a brilliant career at the University of Hawaii. From 2005-2007, Brennan broke numerous school and NCAA records while helping the Rainbow Warriors rise to national prominence. In 2006 Brennan threw for 53 touchdowns and finished sixth in Heisman Trophy voting. He won the Sammy Baugh Trophy given to the nation's best passer.

Just a year later, Brennan finished third in the Heisman Trophy voting while breaking the then-record for career collegiate touchdown passes during a strong 2007 campaign.

Brennan also led Hawaii to a 12-0 record and a Sugar Bowl appearance, with the team finishing the season ranked No. 10 in the nation.

Following his 2008 run with Washington, Brennan was released by the team in 2010 after spending a majority of the 2009 season on Injured Reserve. He then had a short stint with the Raiders before playing in the United Football League, Canadian Football League and Arena Football League before ongoing neurological symptoms following a 2010 car accident ended his football career in 2014.